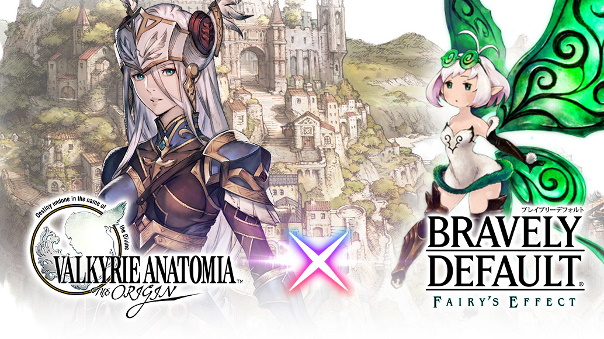 Valkyrie Anatomia is beginning a new collaboration on October 10th this week, starring Bravely Default: Fairy’s Effect. This event will have two parts, and in the first part of the event, Rinne from Bravely Default: Fairy’s Effect will be a central character to your quest. Those who complete the first crossover quest will have Rinne available to them, so don’t miss out on the free character.

In the second part of the event, two more Bravely characters appear. Agnes Oblige, and Ringabel, both voiced by their respective original voice actors. Finally, there’s also a Facebook Campaign, and if the Valkyrie Anatomia Facebook Page gets 3,000 likes or shares, players will receive 1,500 Gems and Rinne’s Unique Orb. This event will go from October 10th until October 16th, 2019, at the link below.