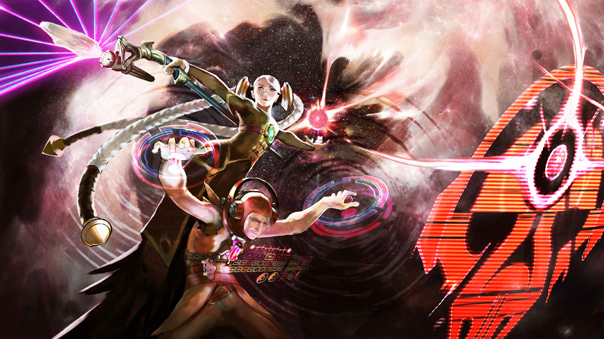 Super Evil Megacorp has just begun a livestream reveal of Vox, the newest hero to join the roster in mobile moba, Vainglory! The stream just started at 2pm PST so don’t miss out!

Vox
Vox is the third member of the family trio entering the Halcyon Fold. The previous releases introduced father and protector Ardan and daughter and spell-caster Celeste to the game. Vox will be available in the next update of Vainglory, the MOBA perfected for touch from Super Evil Megacorp. Vox uses sound to destroy his opponents and assist his team. This highly mobile hero darts through combat and quickly strikes at opponents. When moving through dangerous territory, Vox can emit a sonic pulse that echoes off enemies, revealing them and providing a critical tactical advantage. From there, Vox can attack and cause damage to bounce and reverberate between nearby foes.

Spectator Mode Updates!
The next release of Vainglory will also include Spectator Mode in private matches — one of the most requested features from the community and Vainglory broadcasters. When creating a private party, the captain can now invite two additional members to join the match as spectators, giving them access to all the bells and whistles revealed at PAX East 2015. The next release will also include many other updates, including new art for skill tiers, changes to gameplay, and rebalancing of some items and heroes.