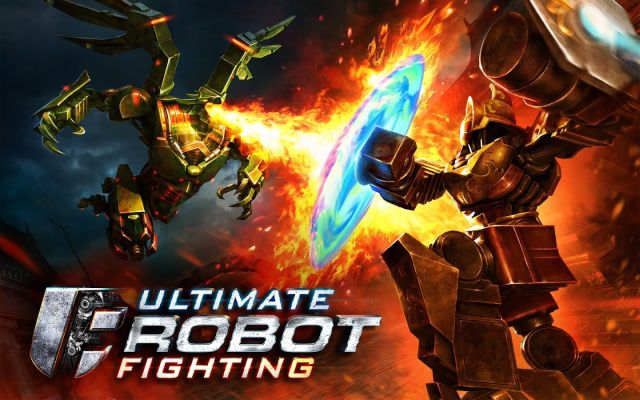 Reliance Games, a global mobile games publisher and creator with over 50M downloads across such successful hits as Real Steel and Real Steel World Robot Boxing, today ushers in the future of arena entertainment with the launch of Ultimate Robot Fighting for iOS and Android devices. This single-player action game brings 3v3-style gladiatorial brawling to smartphones and tablets with intuitive gesture controls and powerful HD visuals.
In an age where automatons are made to battle one another for sport, human pilots have proved unable to compete against the sentient AIs that have evolved to rule the ring – until now. As the one person who can end the reign of the machines, Ultimate Robot Fighting gives you control of 45 cybernetic characters, each built to deliver combo-fueled destruction from a multitude of distinct combat styles. A mighty range of upgrades allow you to harden your bot for victory acrossover 250 clashes, including boss encounters.

Manish Agarwal, CEO – Reliance Entertainment Digital said, “Ultimate Robot Fighting brings forth pulsating 3v3 robot tag-team action to entertain players with a wide array of superlative robots, sensational special moves and distinctive fighting styles. The game’s experience has been designed so players can choose characters which fit their identity and reveal who the ultimate champion is in the battle with the sentient AIs.”

Ultimate Robot Fighting is now available to download for free on the App Store for iPhone, iPad and iPod touch, as well as Android devices via Google Play.
For the latest news and updates, please visit www.facebook.com/UltimateRobotFighting