In a stunning development, Warner Bros. Home Entertainment has just announced the acquisition of Turbine. MMO gamers are most familar with Turbine through their MMORPG portfolio including the now free-to-play Dungeons and Dragons Online and their pay to play titles Asheron’s Call and The Lord of the Rings Online.

Until today, Turbine was the largest private online gaming studio in North America. Their first title, Asheron’s Call was one of the first 3D MMORPGs and is still actively supported today. What’s more impressive than their past is their continued ability to change with the times. The free to play market is growing much faster than the rest of the video game sector, and Turbine made the right bet by taking D&D Online in this direction.

There’s no doubt Turbine will continue to make excellent MMORPG content in the future, but its worth exploring Warner Bros’ reasoning for this acquisition. The media conglomerate has been on a video-game related shopping spree of late. They’ve purchased TTGames, parts of Midway, and invested heavily in Rocksteady Studios. So its clear Warner wants to be in the industry. The execs at Warner Bros Home Entertainment also think the online gaming market would make a good fit for their social-networking and micro-payment technologies. 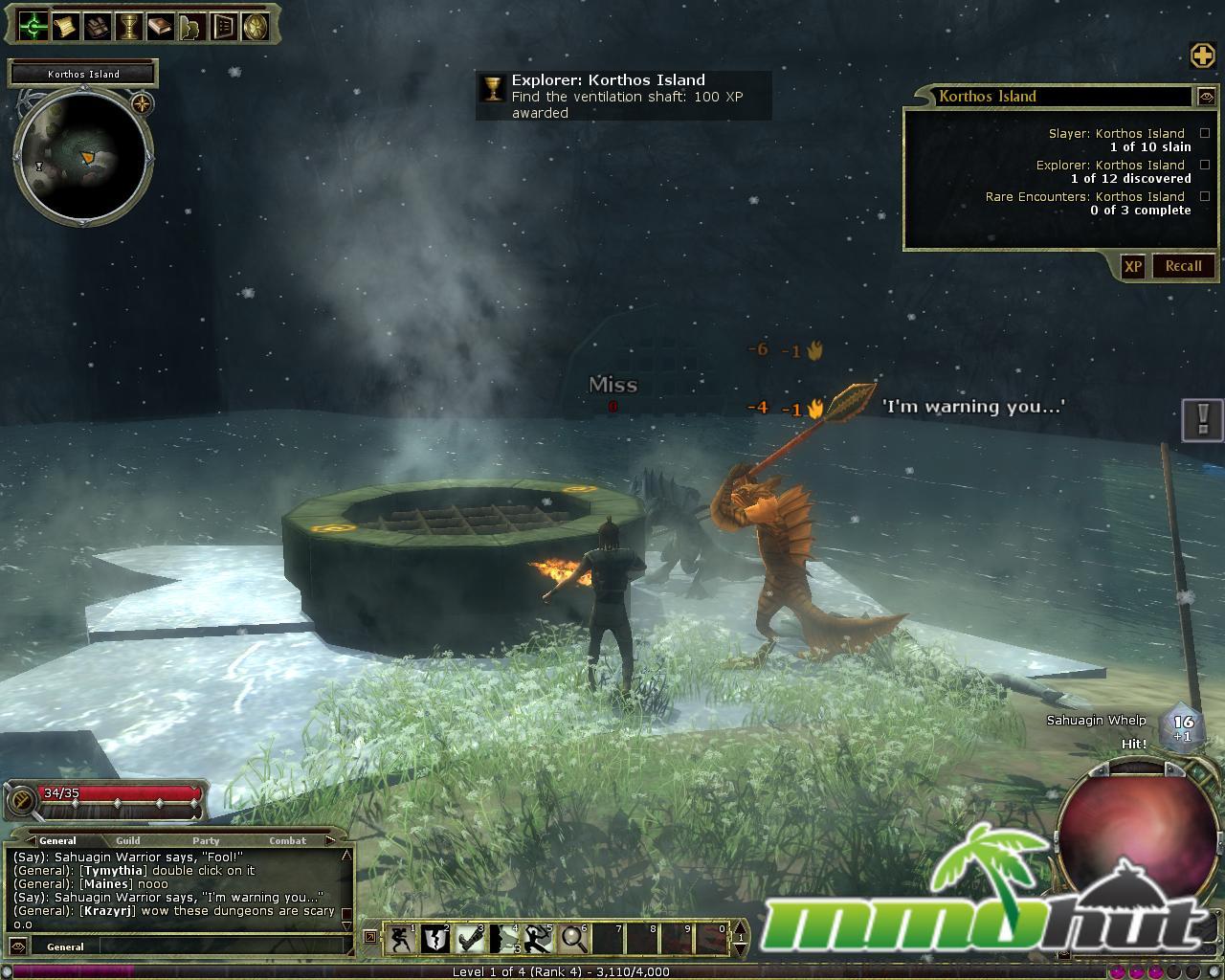 It’s not yet clear what practical effect this will have on gamers, but Turbine will definitely benefit from the media heft of Warner Bros. Readers interested in learning more can read the official press released issued by the parties involved.

“Turbine is a leader in online entertainment and a strong strategic fit for Warner Bros. as we continue to broaden our games portfolio and development capabilities,” said Kevin Tsujihara, president, Warner Bros. Home Entertainment Group. “Turbine’s renowned online game development and publishing expertise will help us develop additional online product offerings, while also providing us with new and innovative ways to market and communicate with our consumers.”

Founded in 1994 and operating primarily in Boston, Turbine has created some of the most popular and exciting gaming worlds on the Internet, including Dungeons & Dragons Online®: Eberron Unlimited™, the world’s best free-to-play massively multiplayer online role playing game (MMORPG) and The Lord of the Rings Online™, the first and only MMORPG based on the books of J.R.R. Tolkien. Previously, Warner Bros. held all The Lord of the Rings (LOTR) games rights, with the exception of the literary MMO (massively multiplayer online game) rights. Now all games rights for the LOTR franchise will be unified under the Warner Bros. shield.

“We have been looking to expand access to our online worlds to more players and more markets,” said Jim Crowley, president and CEO, Turbine, Inc. “This acquisition is very exciting because it allows us to expand globally while continuing to focus on creating spectacular online games that our loyal fans and players have come to expect.”

“Turbine is recognized globally for its industry-leading technology, groundbreaking graphics and its unique ability to create and operate massive and persistent online worlds which greatly enhance players’ social gaming experiences,” said Martin Tremblay, president, Warner Bros. Interactive Entertainment. “The Lord of the Rings Online and Dungeons & Dragons Online have both been an enormous success for Turbine and we look forward to working with their talented development team to continue creating award-winning online games.”

In 2007, Warner Bros. acquired TT Games, developer of the hit LEGO-based game franchises, including LEGO Star Wars, LEGO Indiana Jones and LEGO Batman, which have wide appeal with players of all ages. Early in 2009, Warner Bros. acquired Snowblind Studios to develop its The Lord of the Rings games franchise, with the first title The Lord of the Rings: War in the North expected to be released in 2011. Also in 2009, the Studio purchased the primary assets of Midway Games. Midway published the Mortal Kombat franchise, which has sold over 26 million units worldwide. Most recently, Warner Bros. acquired a majority stake in Rocksteady Studios, a privately held developer of interactive entertainment targeted at teens and adults.

Warner Bros. Home Entertainment Group (WBHEG) brings together Warner Bros. Entertainment’s home video, digital distribution, interactive entertainment, technical operations and anti-piracy businesses in order to maximize current and next-generation distribution scenarios. An industry leader since its inception, WBHEG oversees the global distribution of content through packaged goods (Blu-ray Disc and DVD) and digital media in the form of electronic sell-through and video-on-demand via cable, satellite, online and mobile channels, and is a significant developer and publisher for console and online video game titles worldwide. WBHEG distributes its product through third party retail partners and licensees, as well as directly to consumers through WBShop.com.

Warner Bros. Interactive Entertainment, a division of Warner Bros. Home Entertainment Group, is a premier worldwide publisher, developer, licensor and distributor of entertainment content for the interactive space across all current and future platforms, including console, handheld and PC-based gaming for both internal and third party game titles.

Turbine, Inc. is the premier creator and operator of massive, persistent online worlds that foster powerful social gaming communities. Turbine is the largest privately-held online gaming studio in North America and has created some of the world’s most popular and award-winning online games, including The Lord of the Rings Online™, Dungeons & Dragons Online®: Eberron Unlimited™, and Asheron’s Call®. For more information on Turbine, its products and services please visit www.turbine.com.