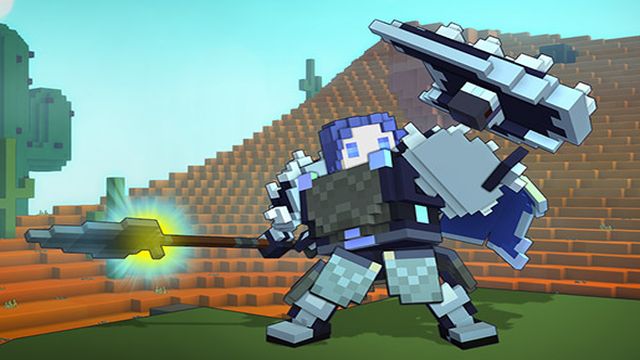 Trion Worlds has recently revealed details regarding the new Revenant class for their voxel-based MMORPG Trove. With this new class, players will be able to sacrifice their HP in order to defeat enemies and defend allies. Along with customization options to give Revenant players a headless look, this new class will be a blast for those that are into ghosts and spirits.

“Rise from the realm of spirits as Trove’s newest class: the Revenant! This steel-plated specter sacrifices health to deal damage and defend allies. As a spirit warrior you have the freedom to customize the Revenant for a headless look, while still being able to equip hats and faceplates.

Vengeful Spirits (Passive)
Vengeful Spirits? More like, “vengeful spear-its” am I right? No? Well, let’s not get caught up in the minutia. Your basic attack (left mouse button) stabs at enemies with your spear, restoring a small amount of health to the Revenant. As you defeat foes, you steal their souls to empower your Spirit Wraith. When your health has been depleted, you will not go gentle into that good night. Instead, a powerful Spirit Wraith will burst forth, returning 50% of your health, and fighting by your side.

Bulwark Bash (right-click)
A brutal shield slam that damages anyone unfortunate enough to be standing in front of the Revenant, taunting enemies and forcing them to attack you. Cooldown: 7 Seconds.

Spirit Spears (1)
Summon ghostly spears to attack all enemies in front of the Revenant. The damage done is based on your maximum health. Reaching into the spirit world to use these deadly armaments requires a heavy price. The Revenant sacrifices health for as long as the Spirit Spears are cast.