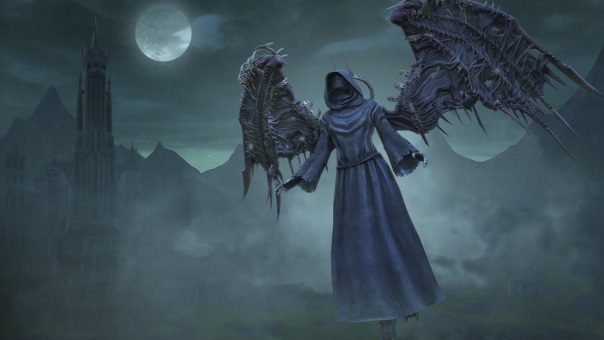 One of the biggest parts of playing online games is taking part in the various holiday/themed events that go on throughout the year. Trion Worlds has a something going on in several of their games for the Halloween season and gave us a breakdown of what players can expect in all of these games.

Oct. 18 – Nov. 8: Autumn Harvest Returns!
Take a half dozen toxic spores from the Xarth Mire, mix in some devious beasties, swirl them together with toxic miasma and just like that, we’re ready for the season of spirits! Autumn Harvest is back in RIFT, offering players festive quests to partake, and plenty of great items to use, from gruesome weapon skins to new companions and costumes! For the full rundown, please visit the RIFT blog.

Oct. 24 – Nov. 7: Trick or Treat!
ArcheAge will feature an exciting new event for fans surrounding the holiday! Get to Mirage Isle and meet up with a special NPC to earn a special pumpkin that you’ll need to fill up with candy. Do so to receive special rewards; regrade your pumpkin to get even better rewards!

Additionally, we’ll have festive items for players to purchase from the ArcheAge store, including special crates filled with Halloween goodies, new costumes, and more!

It’s Shadow’s Eve in Trove! Players will be able to partake in a quest chain and three new Outpost Adventures, earning Shadowy Seals. These Shadowy Seals can be used to craft a Bewitching Howlug ally, a special pair of Wings, or special Shadow’s Eve lootboxes. Pumpkin Lairs have also returned, granting players Candy Corn, which can be used to craft Nightmare Mystery Boxes and other collectibles! Even more exciting prizes and missions await players in Shadow’s Eve!

Holo-Haunt is back with exciting skins for Quark, Juno, Meridian, Titus, and Rask! Additionally, bonus Holo-Haunt loot matrixes are being offered with every Loot Matrix Pack purchase, and alerts offering Holo-Haunt Loot Matrixes are running through the event.