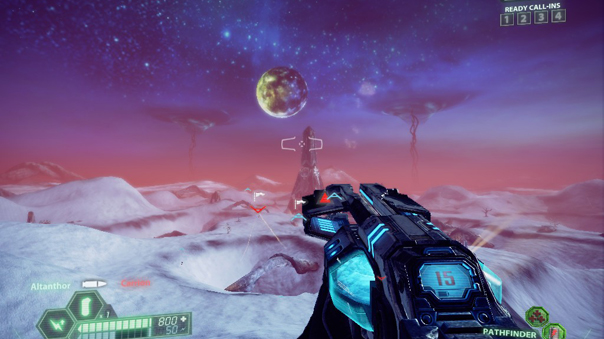 Hi-Rez Studios seems poised to inject some life into the Tribes series through its latest online game, Tribes Ascend. With the closed beta having started on November 4, players are anxious to hear what this game can offer – and MMOHuts has had a chance to see it in action.

Tribes Ascend starts with a screen that provided a brief control overview; these controls are standard to an FPS, with only a few minor exceptions involving skiing, jet packs, and melee. Following the control screen, we’re taken to the main screen, which shows us our class options, along with options to change settings, exit the game, or join a match. There are also options that currently aren’t available during this stage of closed beta, such as Profile and Shared XP Conversion.

To start, we have two classes unlocked: Soldier and Ranger; however, there are ten additional classes to unlock. Each class has its own set of weapons, obtainable skills, and perks. We chose to start as a Ranger, and clicked on “Play” at the top middle of the screen. This takes us to the lobby, where we select the type of server (Free and Training are currently available) and the match type (Rabbit and Capture the Flag). 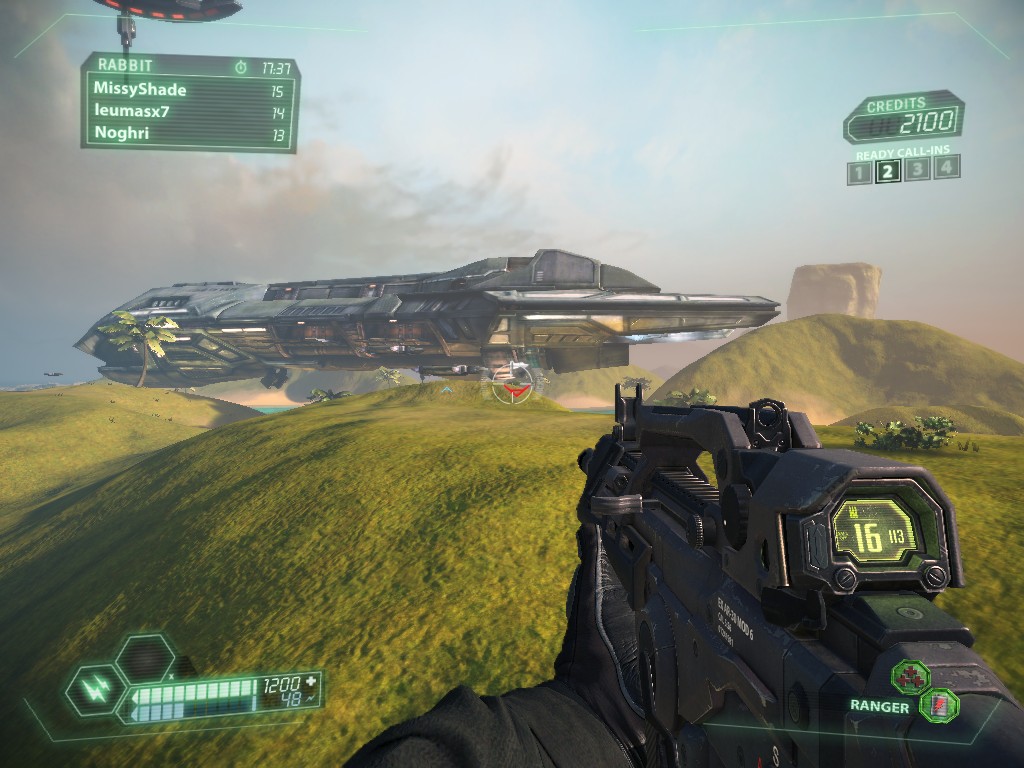 Since we wondered what “Rabbit” was, we joined the mode’s queue. It turns out the objective of Rabbit is to grab the flag and hold on to it as long as possible, making you the “Rabbit.” Holding the flag, however, means you’re the target of everyone else in the match. The goal is to score 25 points, attained by either killing the Rabbit, or by holding on to the flag as long as possible.

Rabbit proved to be entertaining in its quest for survival against all odds, although it seemed underplayed. So, still using our trusty Ranger, we entered a Capture The Flag game. When joining a game, you choose between the Blood Eagle and Silver Sword factions. The announcer for each side calls the opposing faction “Butchers” and “Sworders,” respectively, for a touch of immersion. For balance purposes, you can not join a side if it has more players. The game will also auto-balance teams to correct disparity in numbers, which ensures the matches remain even. 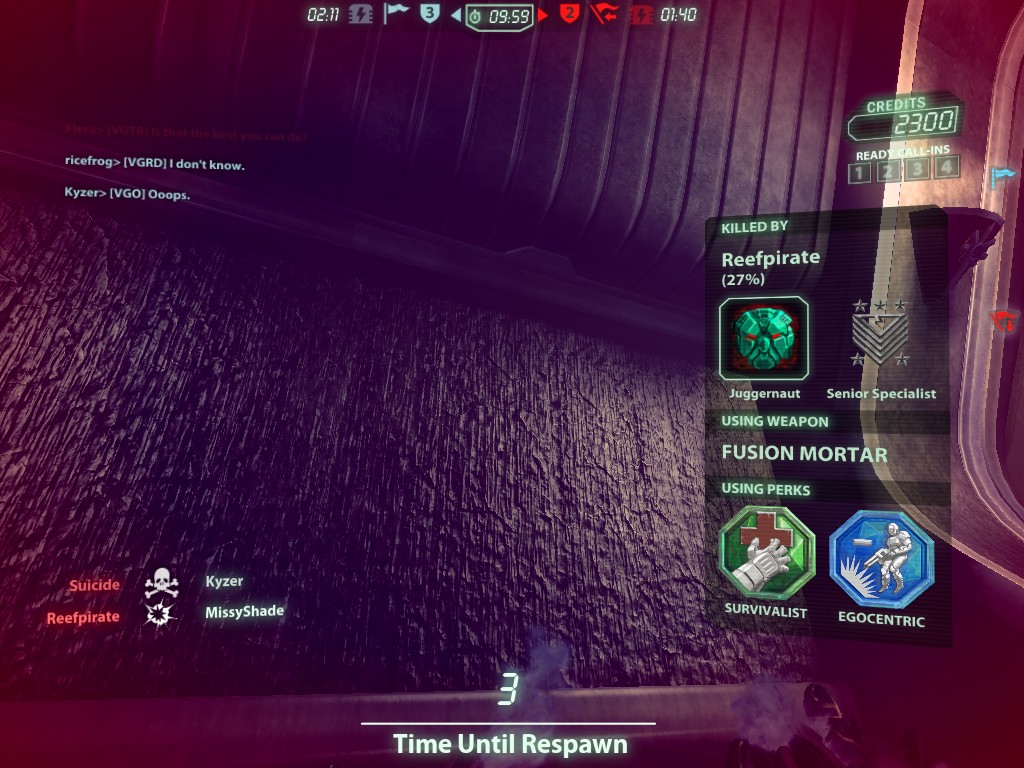 With more people to play with (and against) in Capture The Flag, it quickly became obvious that the ability to lead your shots is extremely important. This is because of the jetpack, the unique draw to the Tribes universe. Flight allows some creative, 3D maneuvering to elude and evade your enemies. An additional feature, called skiing, allows you to maintain speed across flat plains while your energy regenerates after using the jetpack. We found these unique systems offered dynamic combat and fast-paced matches.

We also noticed explosive weapons (like the Soldier’s Spinfusor and the Ranger’s Thumper DX) rule the game currently, though many other weapons do hold their own. Surprisingly enough, this actually added to the excitement, even if it meant we spent a lot of time waiting to respawn. Speaking of respawn, you can also change your class when you’re killed, which helps you change strategies mid-match. 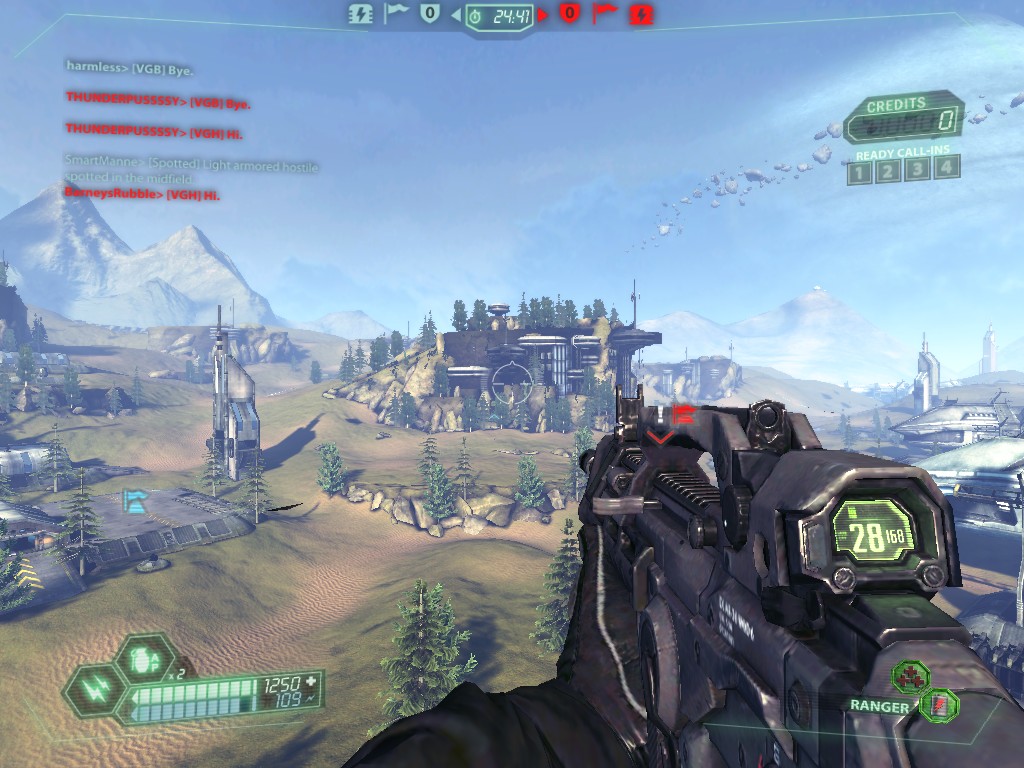 The average match seems to last around 10-20 minutes, which felt like the perfect length. Win or lose, you gain tokens and experience based on your performance. Experience is used to unlock skills for each class, and each class offers two unique perks that you can equip while using other classes. We also loved the quick succession of “Good game!” calls from the quick chat system at the end of each game. It’s not often we see that level of camaraderie in an FPS, and we hope the community maintains that positive energy moving forward.

For such a long standing series, Hi-Rez has done a very good job preserving the feel of the Tribes universe in Tribes Ascend. Jetpack combat may seem like a gimmick, but the results are an amazingly fun and fast-paced game we didn’t want to put down. While there are only a few maps available at the moment, with time and the amount of energy Hi-Rez is putting into Tribes Ascend, we can – and do – expect a great game.

To see more of the game in action, check out MMOHUT’s video preview.