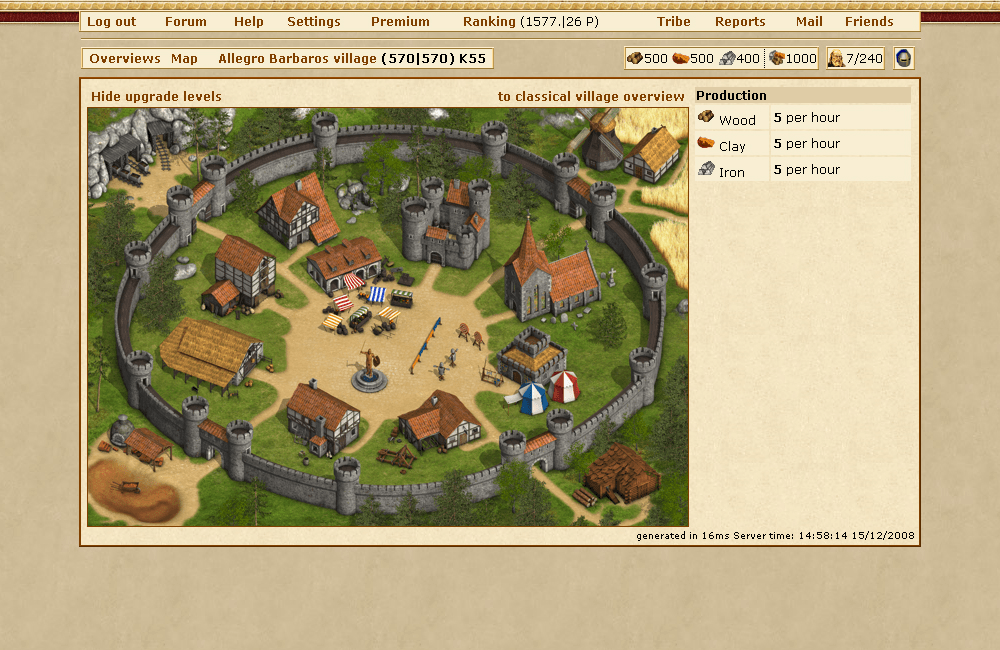 German online games publisher InnoGames today launched its classic strategy game Tribal Wars as a canvas app on Facebook. Dedicated hobby generals can now prove their tactical skills via the social network, in addition to the mobile and browser versions. Tribal Wars has a high focus on team play, interaction and communication amongst the tribe members of the game and InnoGames sees this as a great compliment to Facebook. Players who join Tribal Wars via Facebook will play on the same servers as the ones who are playing in the browser or on mobile devices. At the same time, the launch of the canvas app will not lead to any changes for existing players: existing players can still play the game without using a Facebook account.

Tribal Wars places the player as leader of a small village, striving for power and glory. In order to build a strong empire and conquer other villages, one must unite with powerful allies and found a mighty tribe. Its vast game worlds and varied tactical opportunities make Tribal Wars one of the most popular browser-based games in the world, with over 52 million registered users playing it in almost 30 languages. The game was originally published in 2003 but InnoGames continuously added new features and improvements to the game ever since so the game is still popular worldwide with its outstanding high long term motivation. InnoGames also published Tribal Wars apps for iOS and android which can be used with the same account as the browser version.