When I think of a time that I would love to have experienced, it is definitely the medieval times because of its whole setting. Although the constantly slaughtering of innocents and starving farmers made things bleak, I would have loved to see the beautiful castles, the thousands of plated militarized troops, and the village lifestyle for just a day. Thankfully games allows us to experience this time from the safety of our cushy seats, allowing us to experience what it could have been in said time. Tribal Wars 2 is the latest title carrying a medieval setting, and I was one of the lucky few to get into the closed beta for this online strategy game.

The game has been in development by InnoGames for quite some time now, and entered into public testing around the end of June. Since then, more people are constantly flooding into the expanding world each week to experience the power struggle for control of an empire. I myself love to be in control of an army to plunder the goods of all rebels in the area.

Luckily a humble servant acts as your advisor and tutor to prepare you for evil warlords like myself prior to being thrown into the throes of war. The tutorial thankfully doesn’t take a lot of time but at the end you are given a few quests to continue steering you towards success. These quests are very easy to complete and most of them ask you to level up a few of your key buildings. Tribal Wars 2 is an online strategy game that takes place in real time, and just like many of these games, making troops, building structures and leveling them up will take real time, meaning you need to enter into it with a patient attitude to find enjoyment.

The concept of the game is simple, everyone starts out on a huge map and are given a small kingdom. This kingdom usually consists of a castle, and an outer wall. Rulers can build inside and outside these walls, and will need to protect a few key establishments to build the basis of an imposing empire. In your kingdom and village view, you will find all of your structures that help you gather in resources, the barracks to train your troops, and any other type of structure that helps you store something and build something. Thankfully the UI is responsive and pleasing to the eye as this menu is where the bulk of game time is spent.

It’s important to wait till you have a good chunk of time at your disposal when you start, as you gain a limited attack protection aura to get your initial troops and defenses up. Players should use this time wisely and avoid the temptation of biting out at neighbors, as a single offensive attack will remove your protective aura, leaving you vulnerable to a counter-attack from the big dogs. The mid/late game devolves into a kill or be killed situation with every king struggling to stay on top of the world at any expense.

Slowly but surely you will level up your kingdom into something bigger. Your wooden walls will rise and eventually transform into more reliable stone as your technology continues to advance. As king your populace looks to your direction to capitalize on these advances by expanding your rule, gaining an ever increasing supply of land and resources. While crushing simple NPC rebels for food stores requires more time than effort, your inherent greed will eventually lead you to target rival player castles to gain significant power. Having the right troops for the job will be necessary as your borders begin to clash with rival leaders. Just like rebels, striking down other players can offer you new land and pillaged resources to continue your growth, though a bit more planning is involved.

For one, players attacking well established fortresses will want to dabble with the espionage system to get a prediction of what type of fortifications and troops are defending the castle. Utilizing the rock paper scissors unit strengths is far less costly than zerging your rival, hoping you get lucky. Resources will also need to be expended to build and add nobles to your attacking force to lower the loyalty rating of these fortifications. Just be aware that as soon as nobles get involved, your target might get a bit more serious about countering your offensive, likely calling in support from any allied regents interested in their continued success.

Every fan of strategy games should be aware that this only scratches the surface of clan versus clan warfare that inevitably engulfs entire developed servers into an endless struggle. Every move you make will come after immense planning and precautions. Make no mistakes, because mistakes can cost you your village against a calculating opponent. As such, true kings will form up as a tribe with like-minded rulers, as any insurance you can secure on your empire can make the difference between success and serfdom. 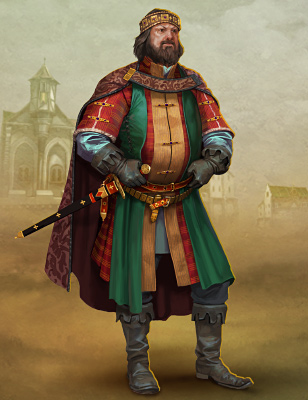 Just like many other real time strategy games, Tribal Wars 2 starts off slow and this is a good thing. It sets its own pace and definitely lets you take your time learning the ropes. Thankfully this slow start snowballs into an action intensive experience the longer you play. From slow weeks upgrading your buildings, to rapid expansion across the realm, Tribal Wars 2 picks up steam nicely to create a satisfying end-game. Just remember that Rome wasn’t built in a day, and drudge through the slow vanilla start to reach the goodness ahead. Just watch your step as this game is less forgiving than the typical browser strategy game you may be used to, and an unwary king may find himself camping alone on the outskirts of the map as punishment for his carelessness.