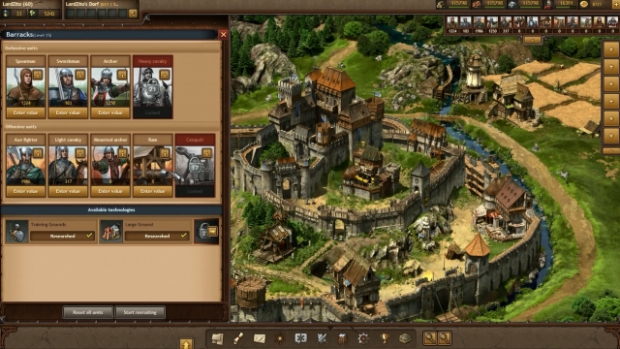 Today InnoGames released additional information on the battle tactics of its online strategy game Tribal Wars 2. Aside from the raw number of soldiers, successive waves of exactly timed attacks are crucial to victory – but players have to keep an eye on their troops’ discipline. A new video explains how the attacks work, and displays exclusive new footage from the game’s browser-, iOS- and Android-versions. The PvP-heavy game encourages its players to attack their neighbors and conquer their villages, upon which the defeated has to restart in the game world at another location with a new, basic settlement.

Key to overcoming other player’s defenses and conquering their village are the Noblemen and the discipline of the attackers’ troops. Noblemen can be recruited in the academy and have the unique ability to lower a village’s loyalty, when they attack – if it reaches zero, the village has been conquered. Since they are very expensive to recruit, it’s best to make sure an enemies’ village has no more defensive units stationed before sending a Nobleman in. Therefore, successive waves of exactly timed attacks pave the way to victory. The more discipline an army has, the less its time of arrival will derive from what a player planned. Putting too many different unit types in one attacking army reduces discipline significantly. For advanced players, Tribal Wars 2 will also offer the option to create several very specific attack presets.