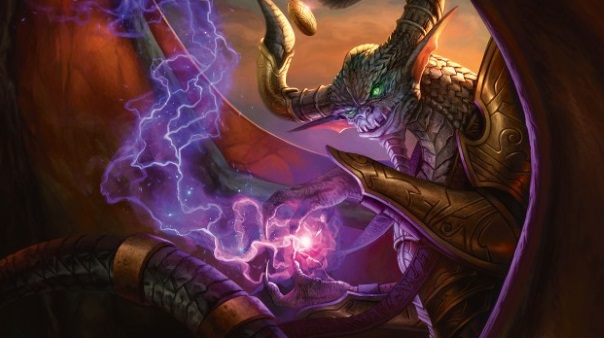 So, Core Sets are back this year, July 13th, 2018, and for Magic Online, it’ll be July 16th. I imagine it will be a few weeks/months before we see it in Magic: the Gathering Arena, but I sincerely hope they keep up this idea of making the standard meta cards match the physical product to the digital product. 280 cards of absolute gold. One of the things I think is fascinating is that people are worked up into a shoot about the idea of “Core Sets”. They don’t fit into the “Blocks” and are seen by many as a way to simply milk more money and stretch out a meta a little. I can definitely see why someone would think that way because the physical card game can get pretty pricey to keep up with. It’s one of the many reasons I have gotten into Arena so much. I’ve invested some real money into the Beta, more than I probably should have, but I know that when the game leaves Beta, I’ll get it back to invest into different packs, knowing what I do now. Something folks aren’t looking at is the Core Set can be played by itself. Limited Core Events are a blast, and a lot easier to set up than a Limited Block Event, in my opinion.

Another positive, is M19/Core Sets, in general, are an easy transition into learning the game for a new player. There are also the “Planeswalker” decks that come with a Core Set, and they have their own boons. Chief among these is an introduction into what kind of decks you can expect from certain colors. New players might not be aware of how each color plays, and you can find a Planeswalker that you like, or seems interesting, and start there. So for a new player, an excellent idea. Not to mention there could be a lot of cards in those decks you want (decklists are very easy to find) and wind up spending way less money than you might at a shop buying singles/buying packs and hope for the best. From a lore perspective, it’s also an interesting Core Set, because a lot of characters are coming back that we have not seen in quite a while, Ajani, the White Planeswalker is back, and in particular, four of the Elder Dragons have returned that I have seen. Chromium, Vaevictis Asmadi, Palladia-Mors and of course Nicol Bolas. Nicol Bolas clearly stands out among them, since he has the Planeswalker Spark, and will flip/transform from “Elder Dragon Legend” into “Horrific Meta-Warping Monster” Planeswalker.

More interesting to me is that I have not seen Tezzeret anywhere but in the Planeswalker decks. Tezzeret is my personal favorite Planeswalker and my second favorite MTG Lore Character (Lim Dul, the Necromancer) and I don’t rightly know if they will appear in MTG Arena. White has Ajani, Wise Counselor, Blue is Tezeret, Cruel Machinist, Black offers Liliana, the Necromancer, Red is Sarkhan, Dragonsoul, and Green has Vivien of the Arkbow. Vivien is a new Planeswalker as far as I’m aware of, but a few notes of interest are Ajani has returned to Mono-White, Tezzeret is still evil and cruel and looks like he is enslaved by Nicol Bolas, and Sarkhan no longer seems to be mad-bonkers-insane, which is nice. His dual-colored Planeswalker card was okay at best, at least for my uses. I do want to look at a few cards though that I think are especially interesting. Another positive to Core Sets, despite them not selling as well as Blocks, is they contain a lot of cards that might not fit a block thematically but will aid that meta and make some deck types much stronger. Take Goblins, for example. They’re often overlooked and used poorly in most blocks, but Core Sets typically have cards that can help out and make them a force to be reckoned with. There are some older cards that are back in M19, that honestly blow my mind. Let’s look at a few!

What about you? What makes you guys happy/angry in this block? Please let us know below!