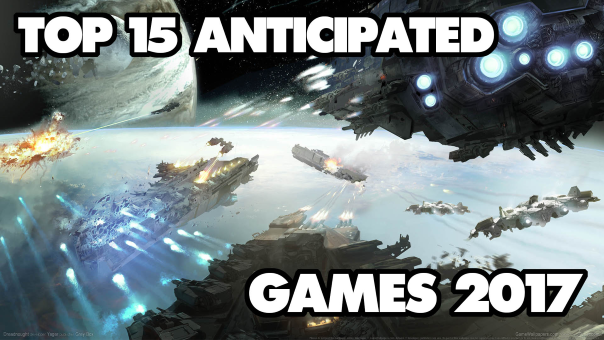 This is our accompanying article on our most anticipated free to play games of 2017! Be sure to check out Colton’s video page as well to see these games in action to better understand the hype! 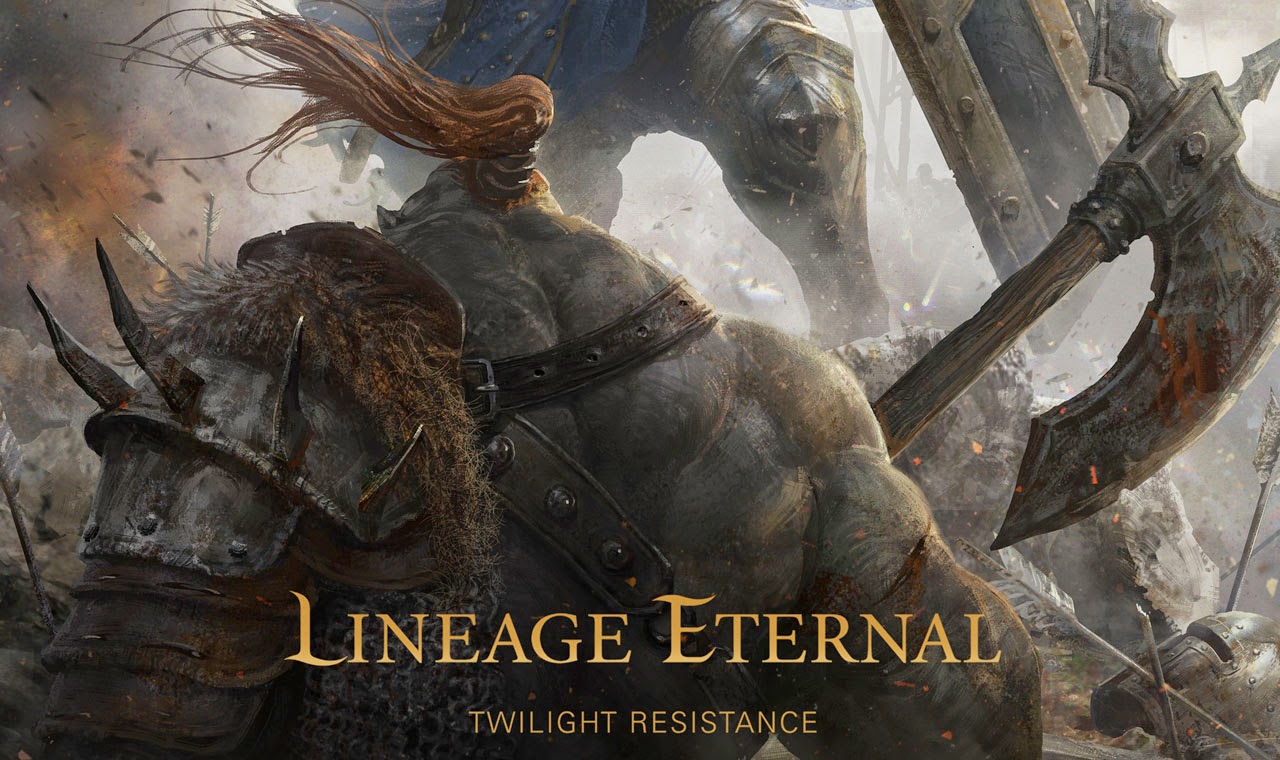 The long awaited savior of the Lineage franchise whose previous titles are still going strong today, Lineage Eternal seeks to meld the most popular genres of the free to play market today with the Lineage universe to build something special. With MOBA style heroes, fast-paced and team focused ARPG dungeon crawling, and dazzling visuals, this game is set to exceed expectations. While the game continues to be pushed back from a western launch, we have a strong feeling 2017 might at last be the year. 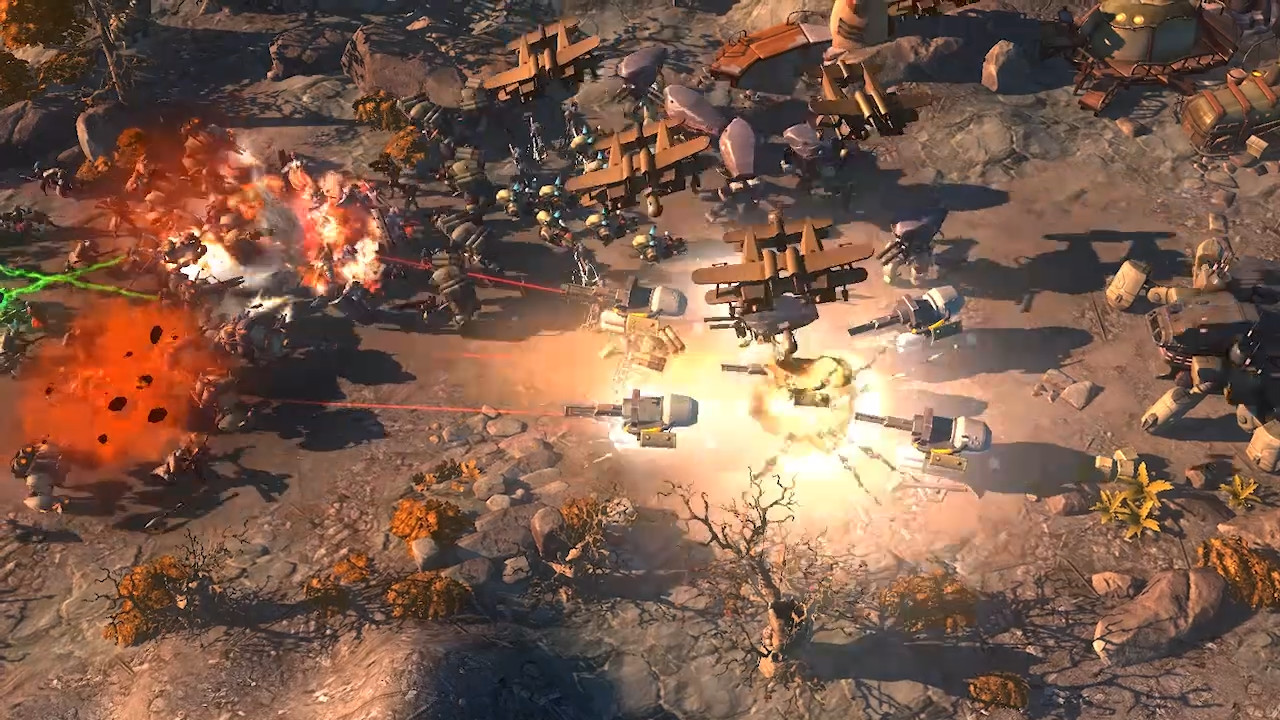 A lesser known title that’s quickly picking up steam on… Steam, Art of War: Red Tides is taking simpler concepts like Clash Royale and putting a solid RTS coat of paint on it. With greater micromanagement, wild units to customize your three racial armies with, a fast gameplay for busy gamers, Art of War: Red Tides is poised to fill a hole in our gaming roster we didn’t know we needed. By melding the build-up and constant even nature mastered in hero card games, and playing out the battle with a more RTS micromanaged gaming style, this sleeper hit just might blow you away.

While the hype and hope of seeing MapleStory 2 in the west is slowly dimming, Nexon’s more hands-on approach to managing its publishing overseas gives us hope that they might just throw it our way and pray it sticks. MapleStory 2 is a simple concept. Take what has worked for years in its 2D predecessor – the customization, the party content, the epic boss battles, and the multi-class power progression systems, and stick it in a Minecraft feeling world. Let boil for an hour and watch the imagination of their players explode. We feel this simple untapped idea mixed with MapleStory’s famous IP would be a huge success in the western market, and hope we see it cross the oceans this year instead of shutting down due to its failure in Korea. 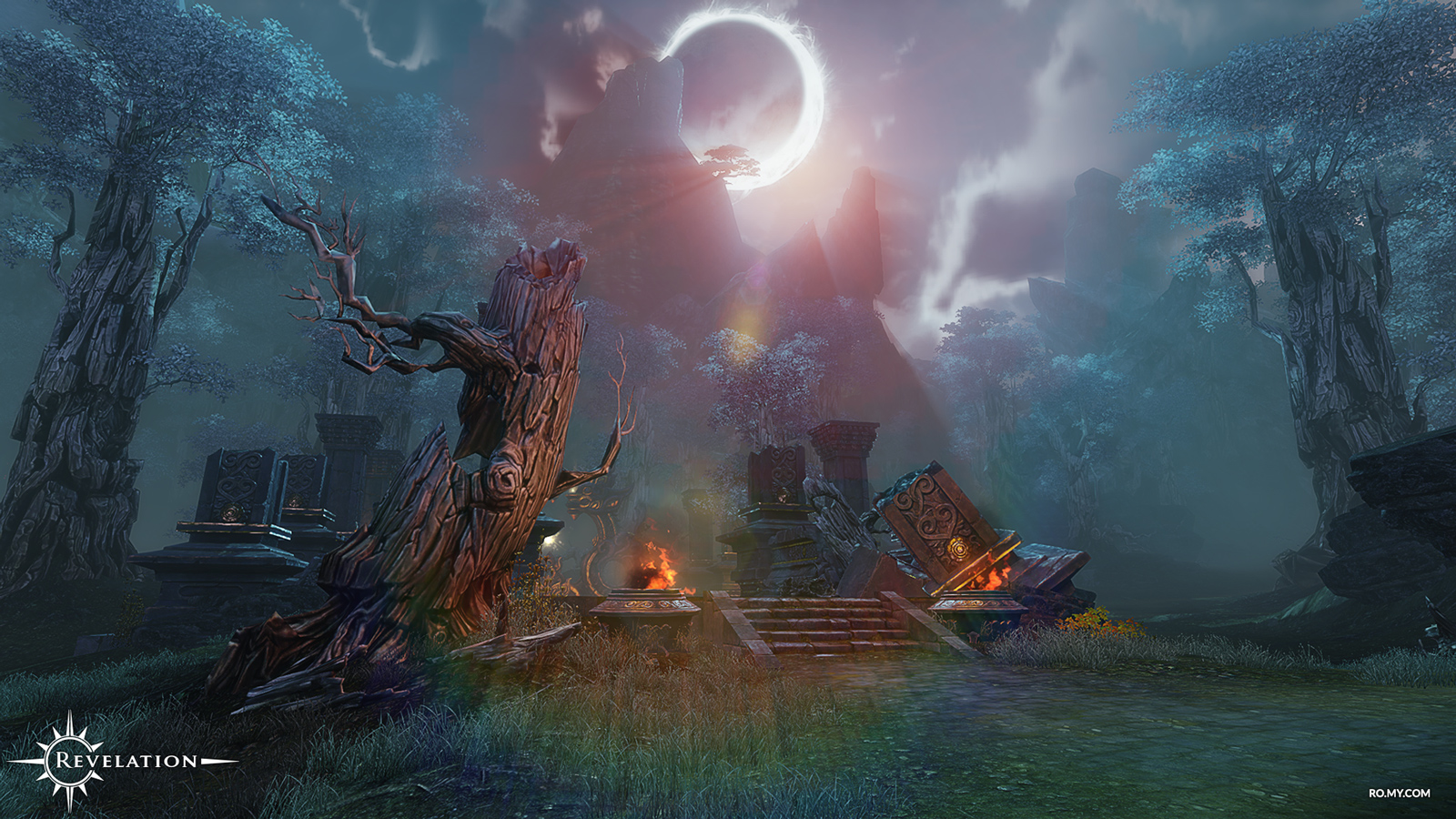 Revelation Online is a masterfully crafted MMORPG… that is a bit undercooked. Visually stunning, and with super fun action oriented gameplay, Revelation Online is the first MMORPG we’ve seen with the potential to steal the spotlight out from Blade & Soul’s niche. I mean, the depth of this game is unparalleled by just about anything coming out of Korea in some time. Crazy classes and tons of transformation and ridiculous powers has our hopes high, but previous beta tests have shown an unready and rushed project. Revelation Online might have the most potential on our list, but given past experience we feel it is on its way to being rushed and launched before it has time to reach its full potential. 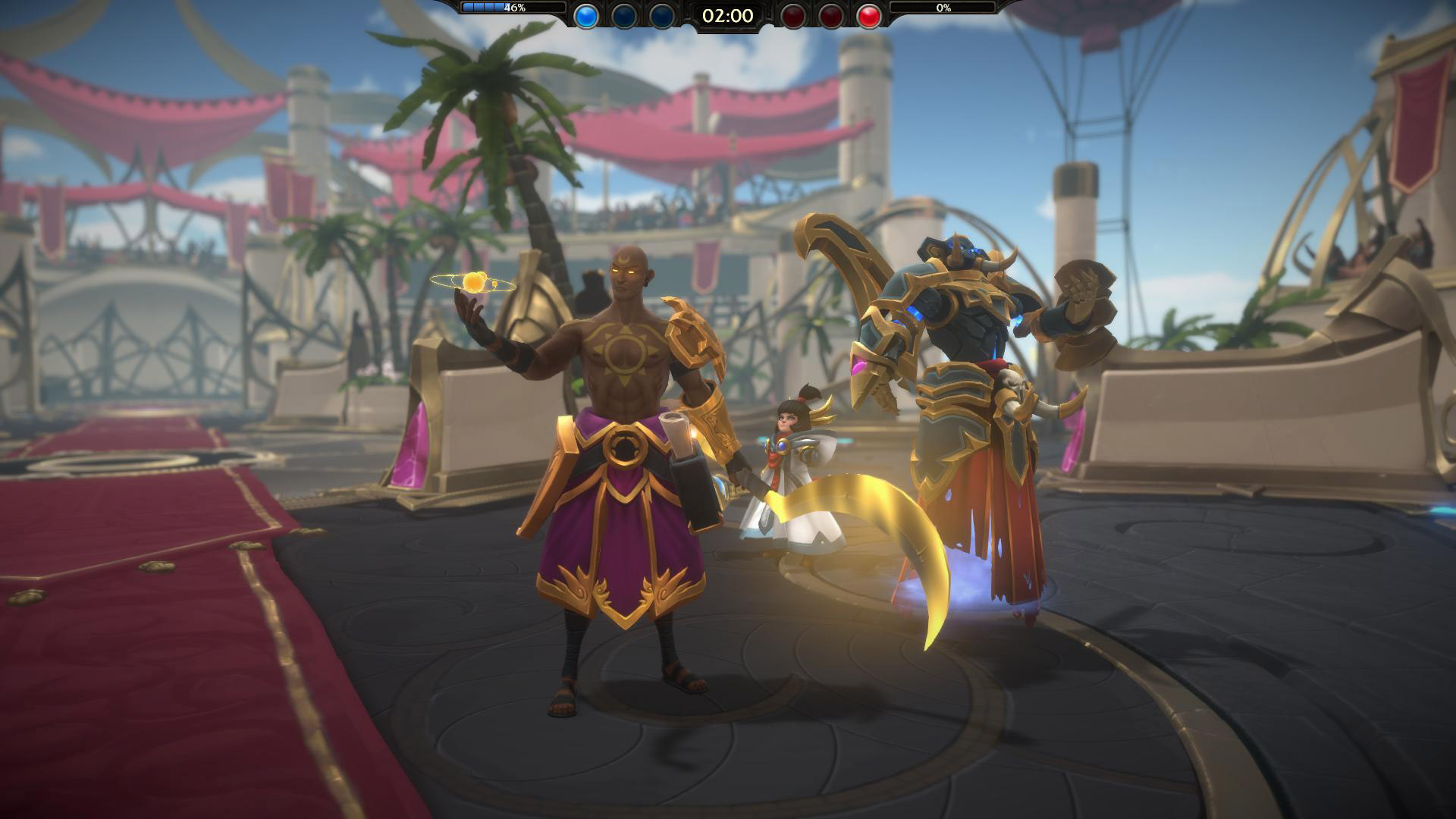 Battlerite is another of our sleeper titles that made the list. Never heard of it? Well neither have we, and we’ve stopped telling our friends to look into it because they disappear into a pit of pure addiction! This MOBA Sport hybrid already has an impressive cast of characters and gameplay that is sure to win over any ARPG fan to the MOBA darkside. It’s hard to explain why. But once you try it, you can’t stop! 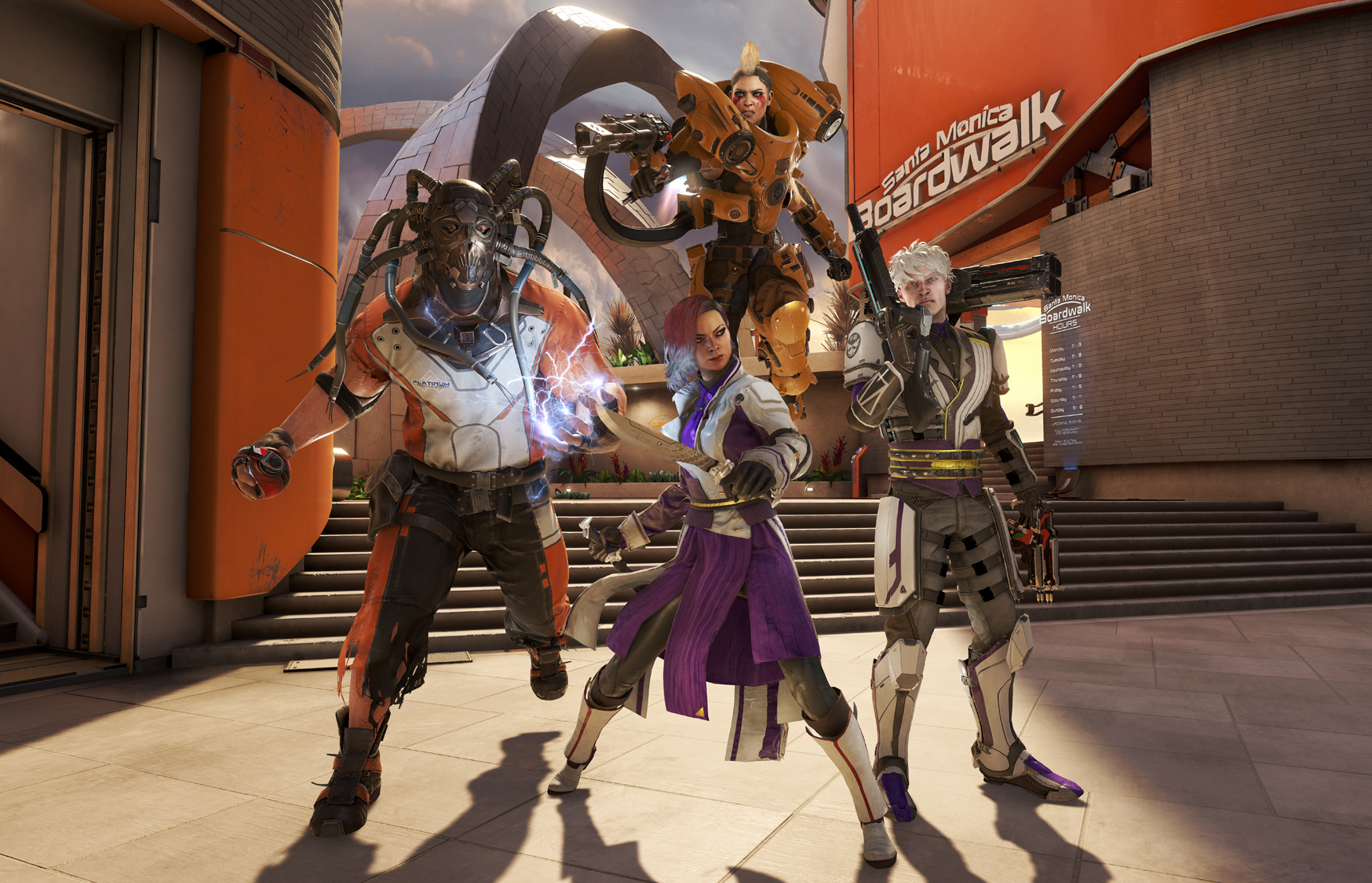 Free to play shooters have going through a bit of a rough spot these last couple years. With the Call of Duty’s of the worlds finally making leaps and bounds in quality, and Overwatch dominating the buy to play while Paladins the free to play online scenes, even quality games like Battleborn can barely survive. Still if a shooter has a chance of standing on its own in 2017, it’s going to be LawBreakers. Its insanely high skill cap gameplay, perfectionist crazed dev team, and surreal map design combined with movement powers makes LawBreakers the closest thing we imagine to getting a Matrix Shooter. While the hype has died down some after rough waters in public beta testing, we feel LawBreakers has learned what’s wrong and is ready to make a strong final stab at it in 2017. 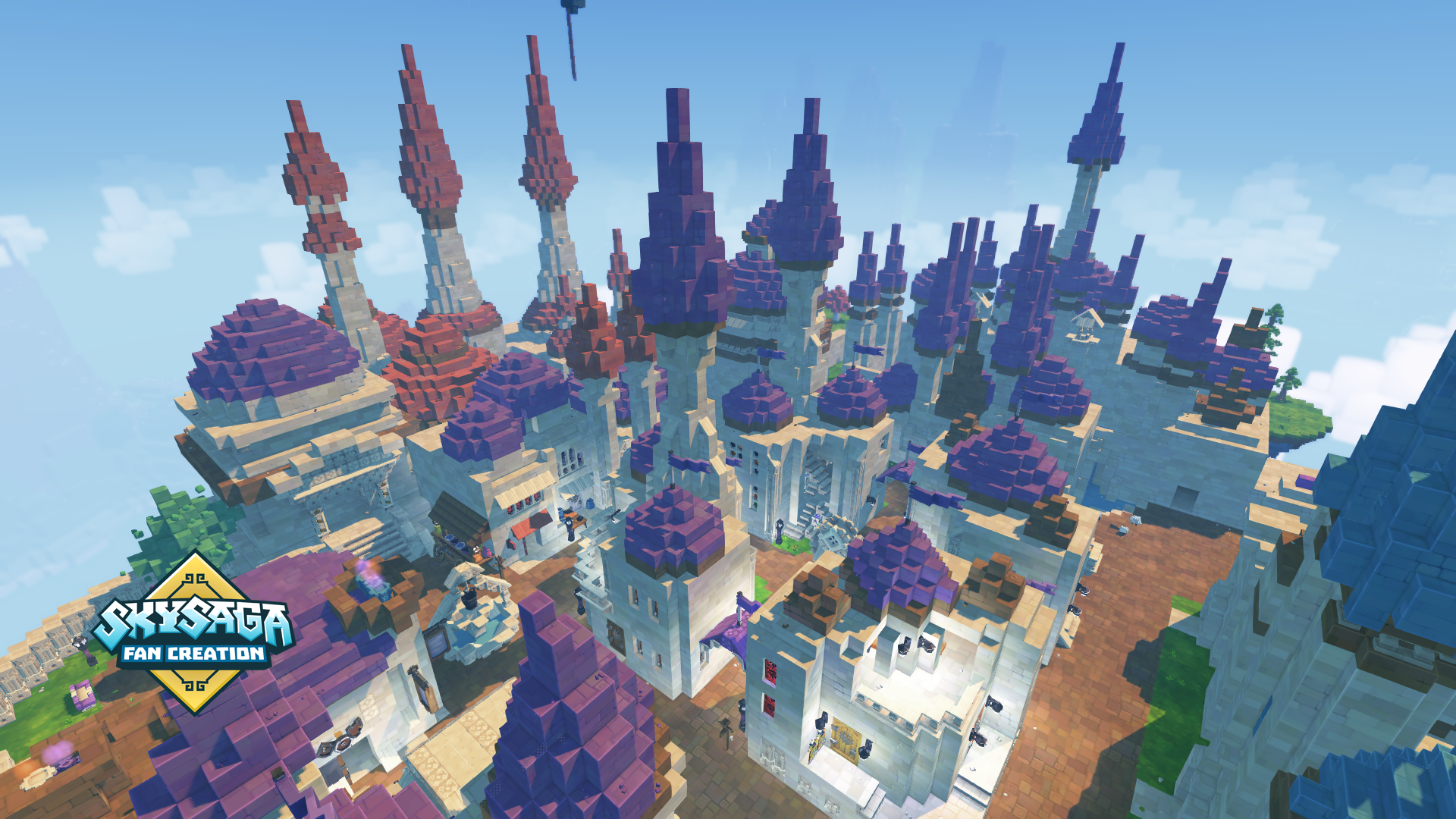 With hopes of seeing MapleStory 2 in the west fading fast, those seeking a true quality free to play voxel MMORPG should look into a title that saw a spot on our last year’s most anticipated list, Skysaga. Now 9(+?) alpha tests in, Skysaga is slowly polishing its world diversity, player powers, and creative economy into a complete package that will make first gen voxel sandboxes look like they weren’t even trying. The artstyle on this game is love itself, and the gameplay is pretty action packed and fun too. Your imagination can literally run wild in Skysaga, and playing with friends to compete over building the coolest islands is a blast. With beta looming on the horizon, Skysaga is sure to make a splash sooner than you’d think. 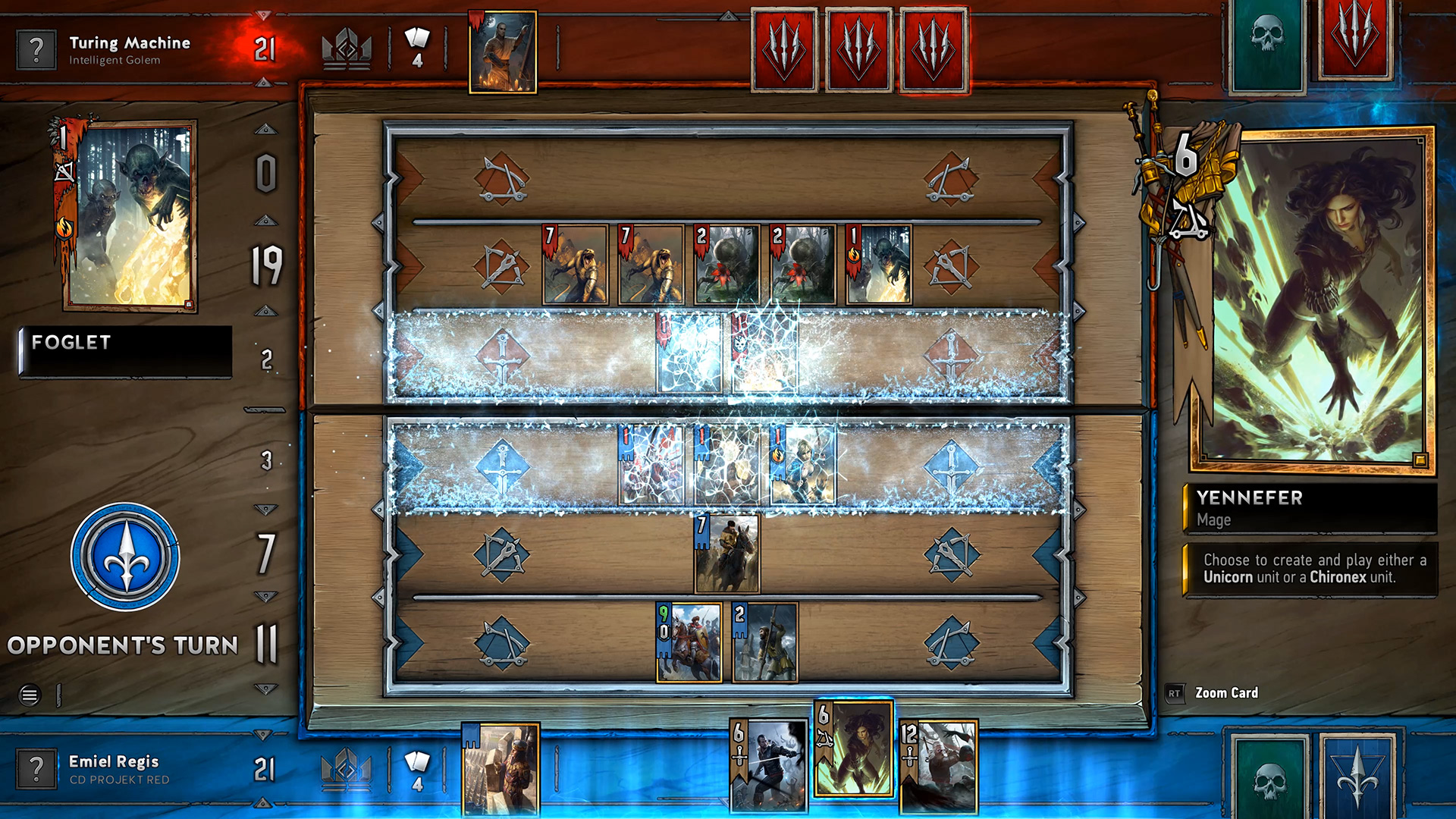 Where would the free to play market be right now without the ever growing number of online card games? The Witcher franchise is poised to slay the competition with their own take on the hero card battler, and well, honestly they probably will. People are loving the early tests, the gameplay looks clean and fun, and the cards still hold that amazing Witcher style. Honestly not much else needs to be said; card games don’t succeed because of their vast complexity after all. We just can’t get enough of them for some reason! 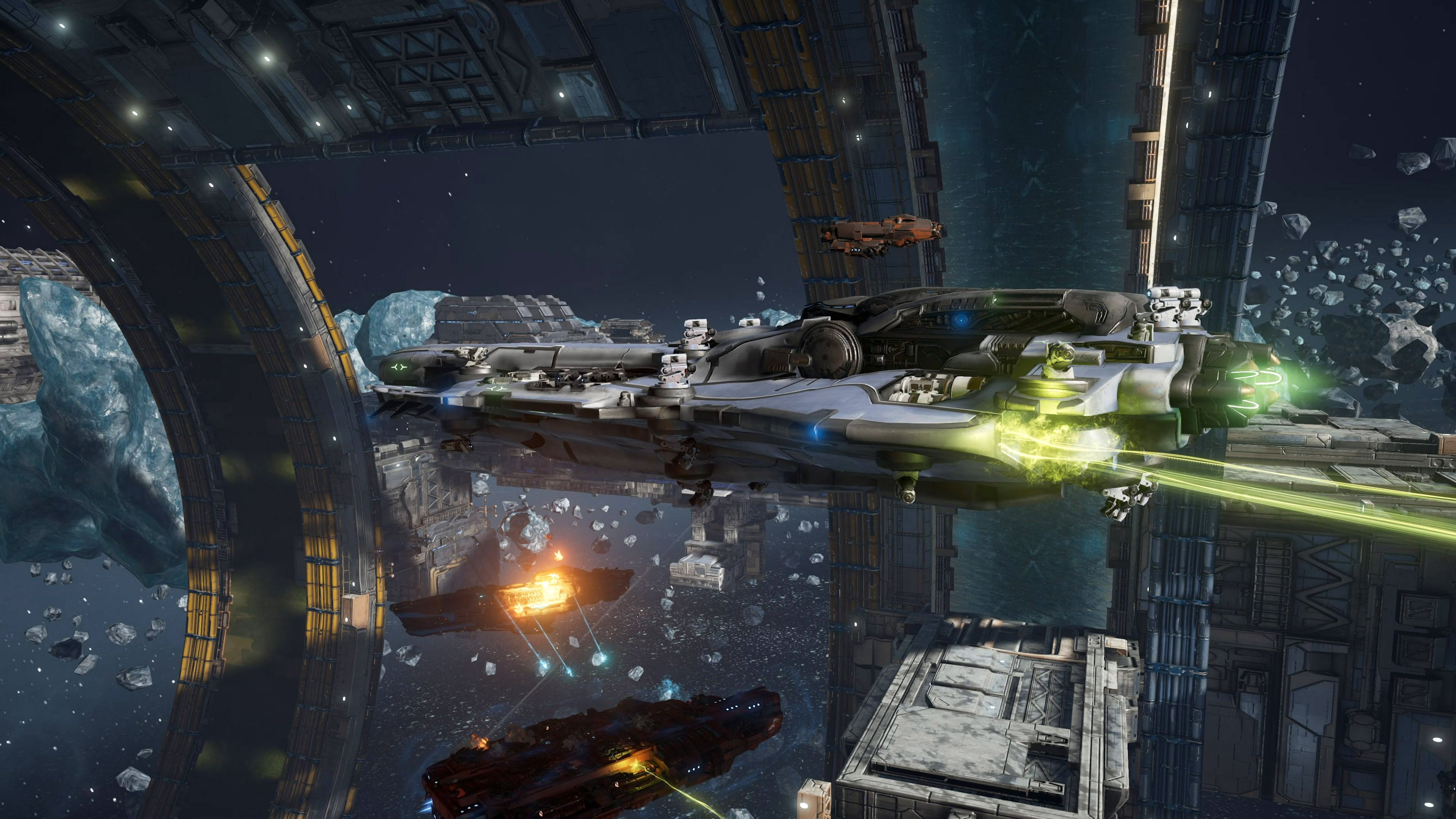 Forgot about this one, did you? We haven’t! Dreadnought is the glorious World of Tanks in the sky that any true sci-fi fan has dreamed of. If you ever fantasized about flying a Terran Battlecruiser into battle FPS style, then Dreadnought is your one and only option for living it! This game isn’t about the equivalent of circle-strafing jet fighters in space. It’s about maneuvering giant megacruisers into the fray for mutually ensured destruction. The map design mixed with wild power sets and lengthy tactical fights is what really sells the experience. This is a thinking man’s shooter unlike anything we’ve seen before, and should not be missed. 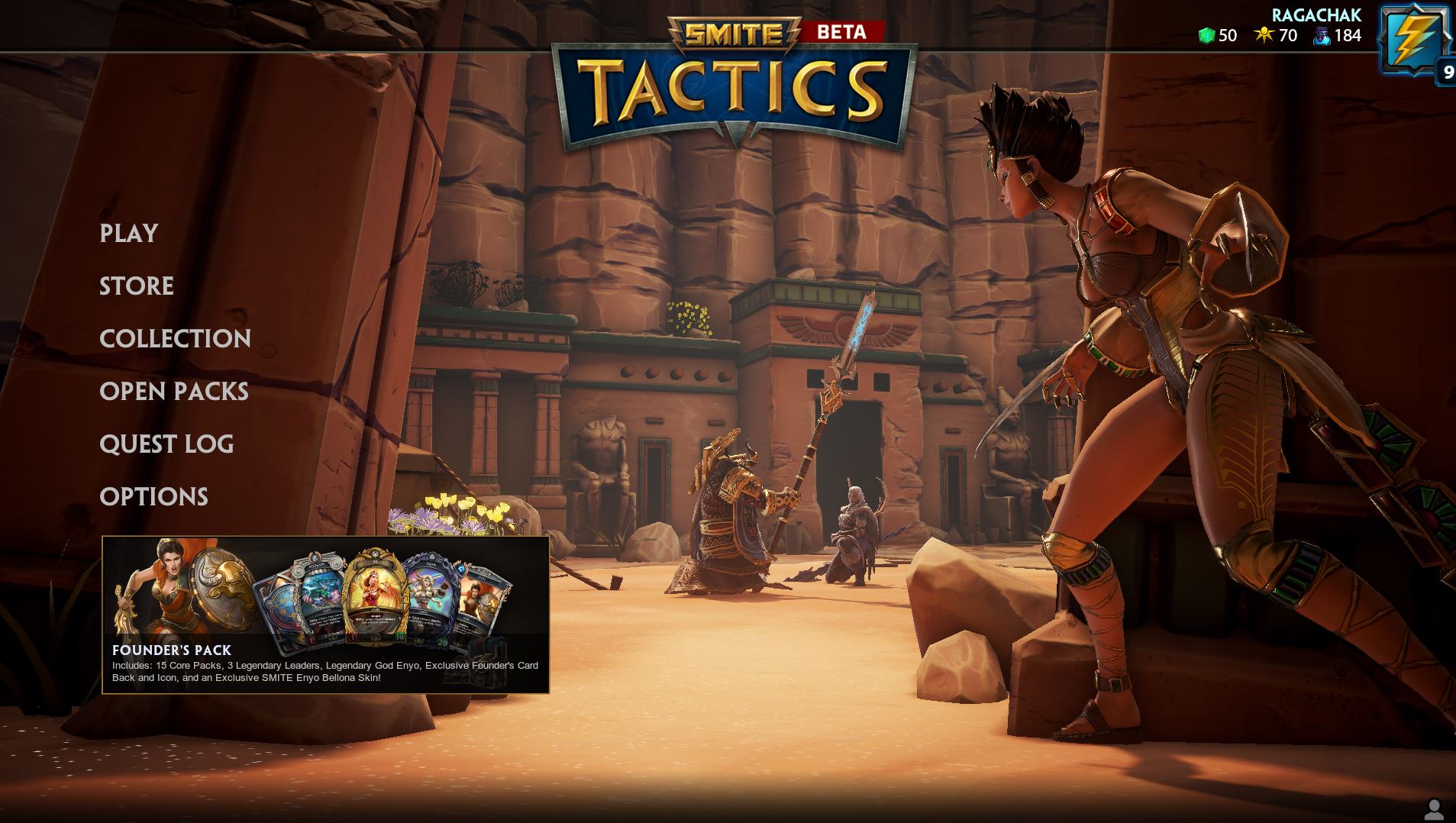 Ah Hirez… must you tease us with the so much improved Unreal 4 models of our favorite MOBA gods doing battle from a top-down perspective like some sort of Dota clone? It’s torture! SMITE Tactics is poised to deliver the Duelyst-esque tactical card game battler featuring the fastest growing MOBA IP on the market, SMITE! And while alpha testing it terribly balanced due to lack of content for deck diversification, with so many existing assets to pull from we imagine design is going to ramp up incredibly fast on SMITE Tactics. But best of all, it’s going to feature tons of campaigns, possibly even with story, to really expand on the SMITE universe in ways we didn’t think we would ever get to see. If you love SMITE but hate the idea of having to deal with a MOBA community, and think Final Fantasy Tactics the CCG is an idea crafted by a beautiful mind, then join us in hyping this game! 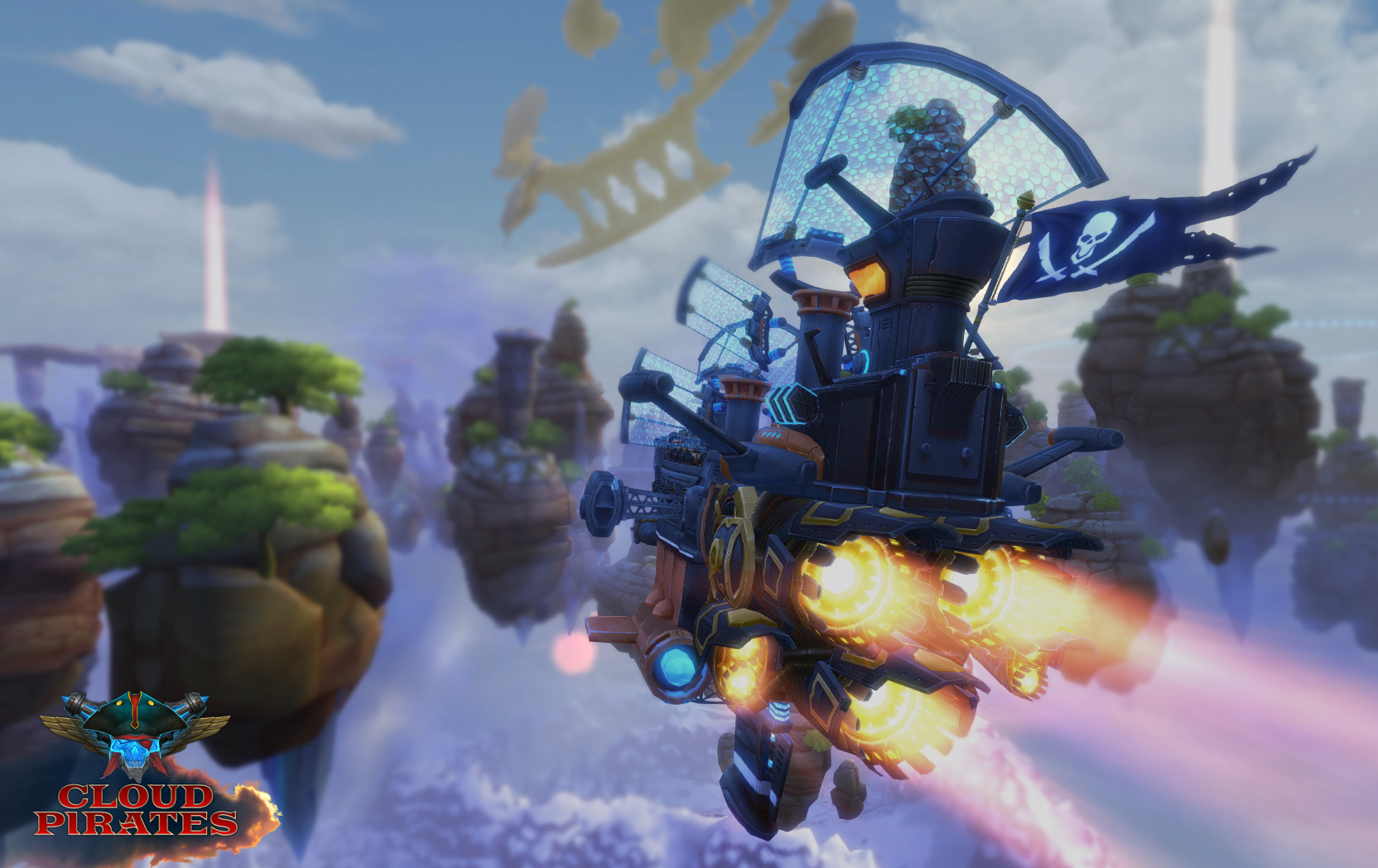 We love Cloud Pirates for many of the reasons we love Dreadnought. Cloud Pirates is the more noob friendly, visually calming, team shoot-em-up that just about anyone can jump into and have fun with. What’s not to love about steampunk air ships doing battle over objectives in tight to navigate maps providing lots of challenging moments of navigation while relaying fire back at your foes? This title is sure to be hitting open beta in the very near future and will be making waves when it does. 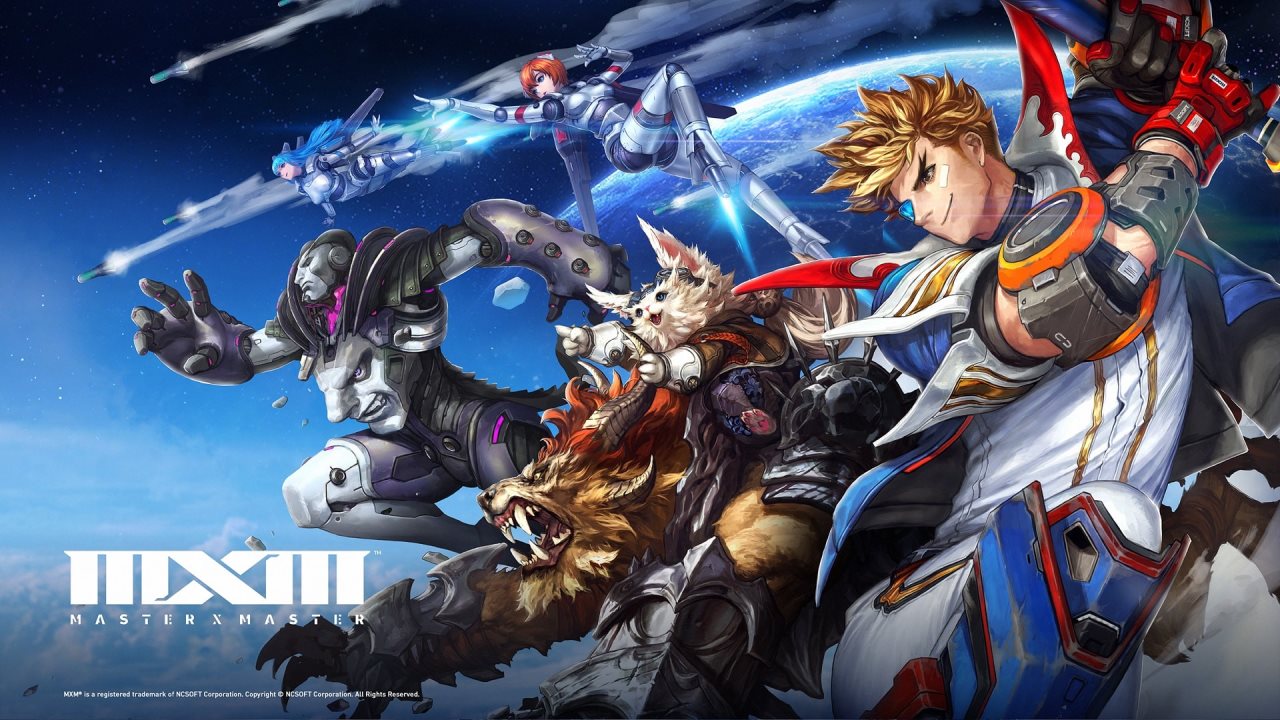 Master X Master is part of the new generation merging MOBAs with ARPGs, but this one is special. They seem to have the right balance of PvE and PvP in mind to garner support from a huge mass of players. Combine that with some of the most endearing IPs on the market featuring everything from WildStar, Blade & Soul, Aion, Lineage, and even some brand new concepts? You have dynamite in gaming form waiting to happen. The visuals are beautiful, the controls are amazing, and the swapping system between heroes adds a new element of strategy that we’ve never seen in the genre before. Master X Master is going to appeal to MOBA veterans, ARPG veterans, and their chill PvE loving counterparts alike. My dream of a hardcore MOBA that my wife is finally willing to join me on for the less intense elements will soon be realized. 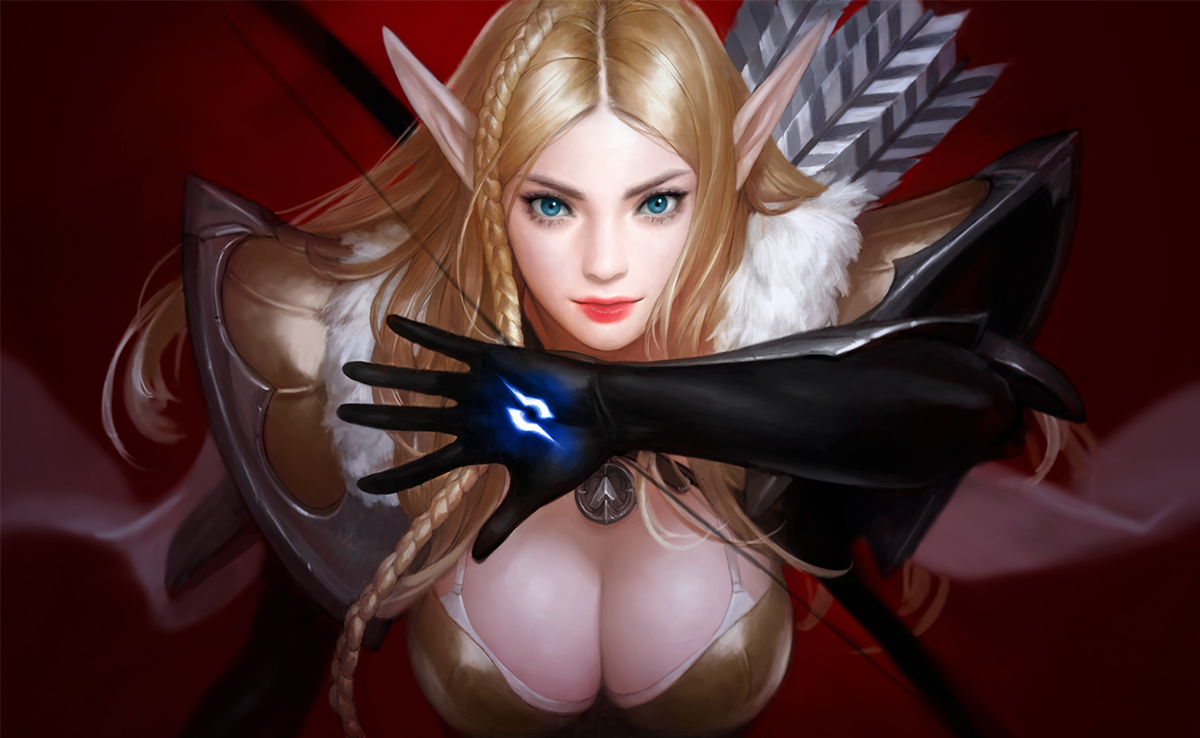 While I might argue this one’s position on our list (damn Power Ranger nerds on staff outnumbering me), I can’t deny how intriguing the concept is. Mix Smash Bros with MOBA gameplay? Arena Smash Bros? As a 2D fighting game? Ugh… what? Well mad props to Hyper Universe for trying something so obscure and outside of the box rather than just following the masses and failing in kind. Honestly if the characters turn out right and the game feels balanced and more skill-based than snowbally, Hyper Universe might just be the one free to play fighting game to making fighting games a recognized force in the free to play market.

Dark and Light is the perfect example of “they don’t make MMORPGs like they used to” mantra. A classic game that was technologically before its time, Snail Games is set to revive and polish this title into a monstrous new experience. The gameplay we’ve seen so far is beyond AAA for what we tend to get in the free to play realm. The survival elements surely have a place in the online community. The world seems massive and explorer type gamers should be lost in ecstasy for days trying to battle to the far corners. It all seems too good to be true. Perhaps it is? We will know soon enough as this game is almost certainly hitting gamers everywhere in 2017. 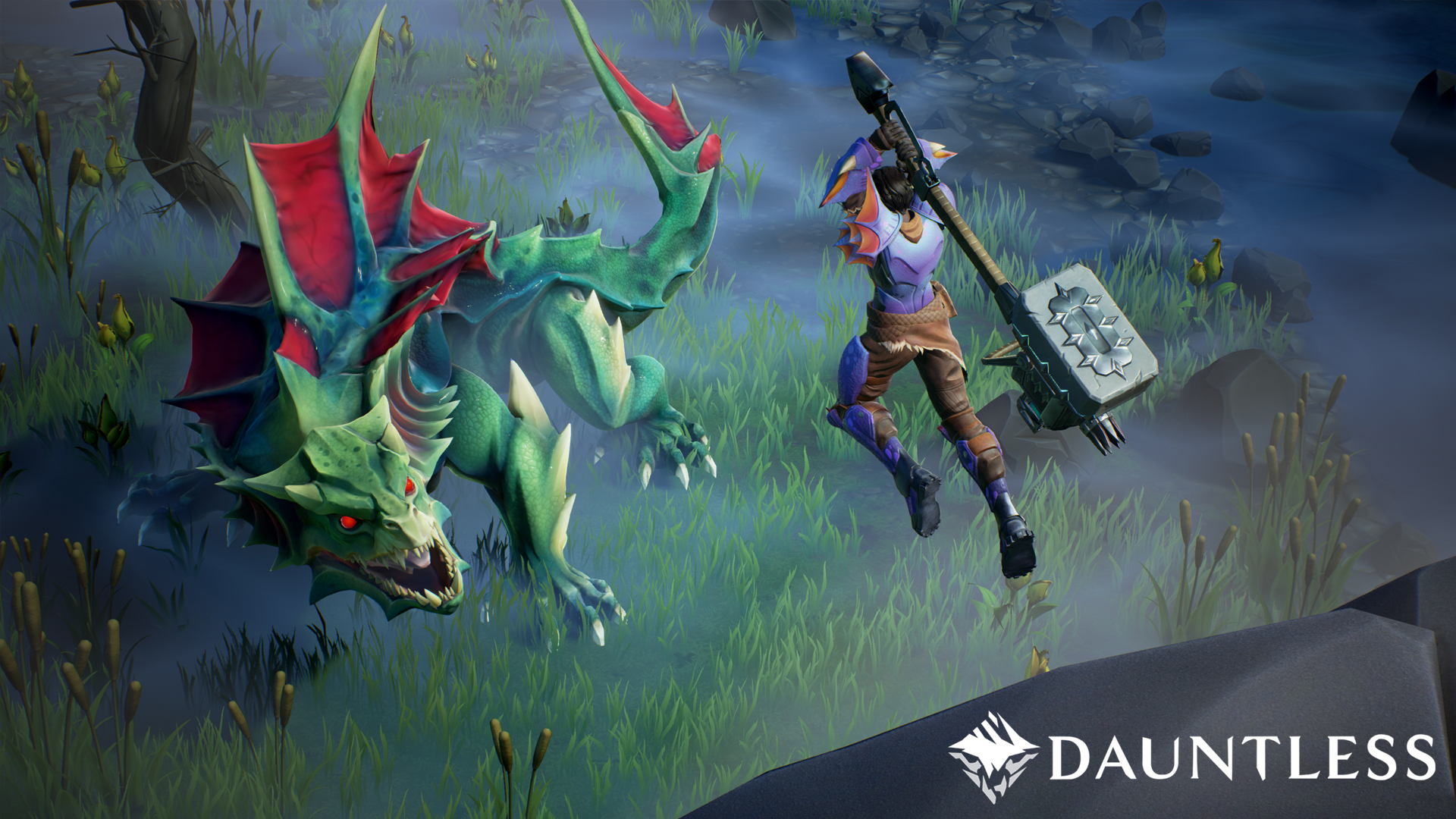 Imagine Dark Souls as a co-op free to play Monster Hunter game with a cartoony western flair. Get your blood boiling? If not you best check your pulse. Dauntless has only been teased for a couple months now but it’s all the teasing we need to know that this is THE GAME we want in 2017. Even our deadpan boss DizzyPW whose soul has been banished to the shadowrealm from seeing too many games he loved rise and fall over the years feels something in his heart when we talk about Dauntless. Every boss in this game looks as intense as if a real person was controlling it and trying to kill you off. Players will have to plan accordingly, and utilize the glorious crafting system to turn past victories into future ones as they craft themselves and their team of friends to become the ultimate monster hunting team. In Dauntless, any mistake could be your last, so you’ll never have time to catch your breath. If you’re tired of falling asleep and getting keyboard face in all the slow mundane free to play MMORPGs dominating the market today, then join the Dauntless revolution and prepare to break your keys off your keyboard from frantic button mashing syndrome!