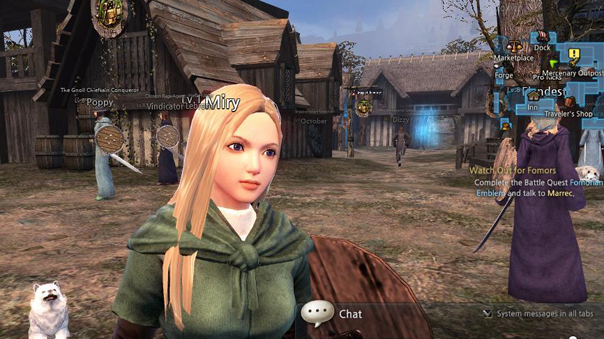 Like all other sub genres of the ‘Free MMO’ / ‘Free MMORPG’ industry, Fantasy MMORPG games have grown considerably over the last few years. Without a doubt, Fantasy MMORPGs, are the most common games in the MMORPG market, so picking out just 10 of them from many good ones is going to be difficult. The top 10 Best Fantasy MMORPG Games list below was compiled using review data from across the internet and from our own reviews here on MMOHuts. If you’re looking for the best fantasy MMORPG to play, you’ve arrived at the right place. 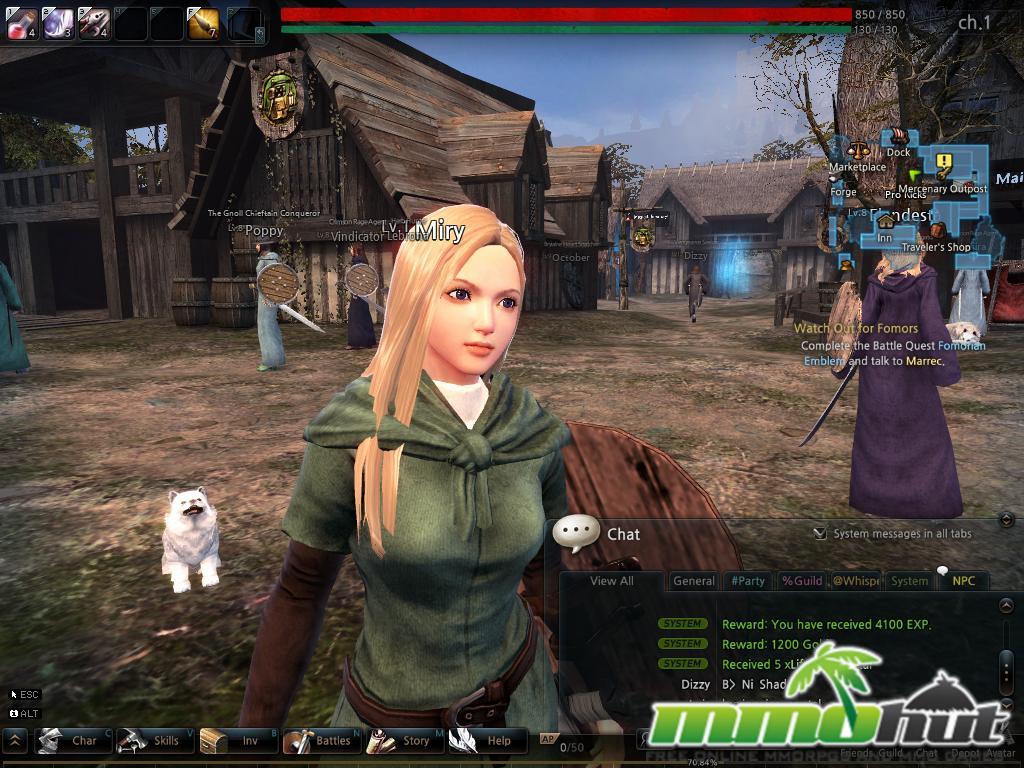 The #1 slot for the best fantasy MMORPG goes to Vindictus from Nexon. Vindictus is an epic 3D fantasy action MMORPG developed built on the powerful Source Engine. The game has interactive environments, realistic physicals and bloody gameplay. The core hack’ n slash style gameplay is extremely fun and does a great job of keeping players hooked. Progression in Vindictus, like Fists of Fu and Lunia, is extremely linear. 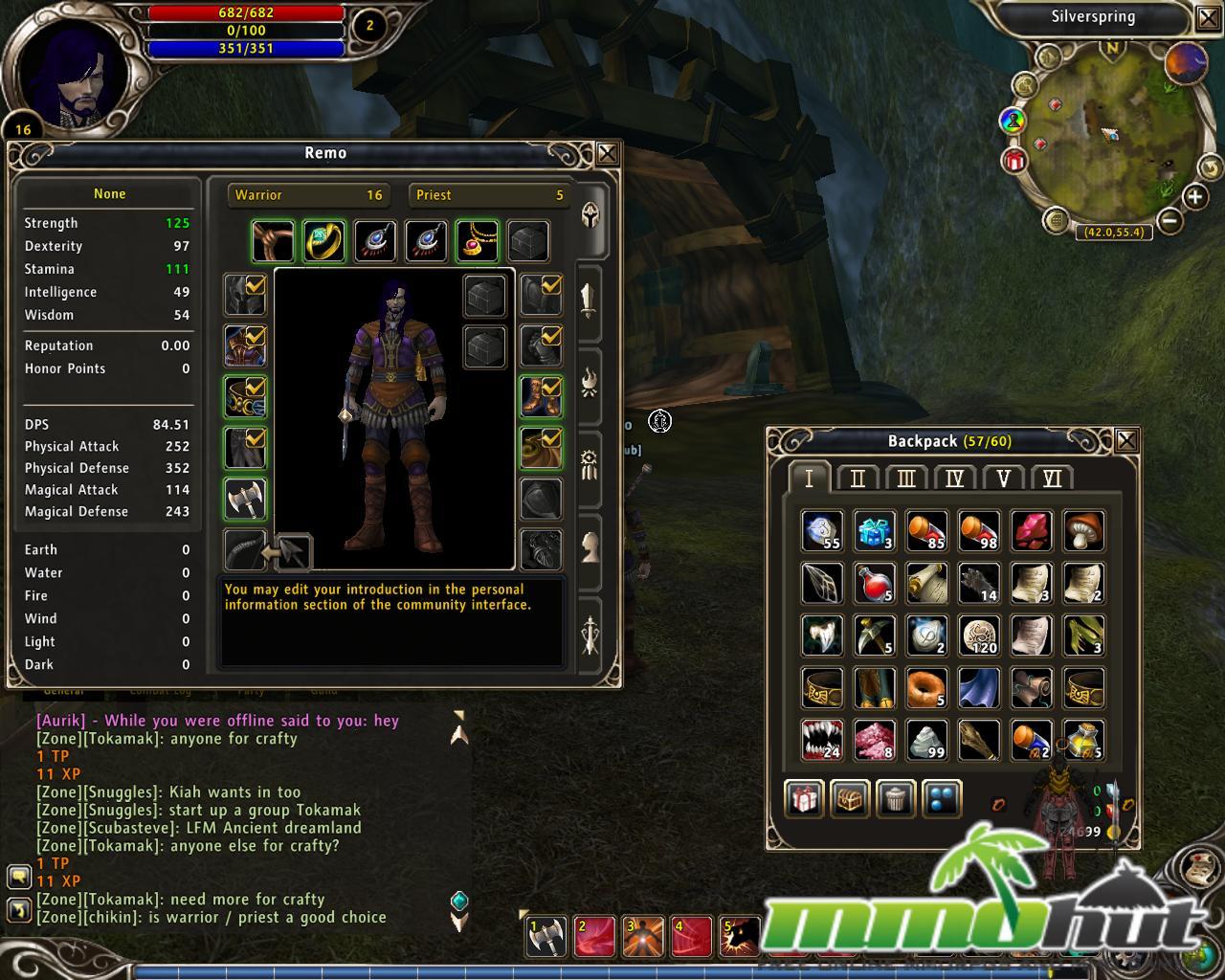 I bet some of you gamers expected this title to rank a bit higher, but even though the game is stellar, it’s not exactly too original. Runes of Magic both looks and plays very much like Blizzard’s World of Warcraft, but as the game’s review says, that’s not exactly a bad thing. If you’ve never given this 3D Fantasy MMORPG a try, you’re missing out. It’s one of the most polished free to play titles on the market and quite fun.

#3 The Lord of the Rings Online 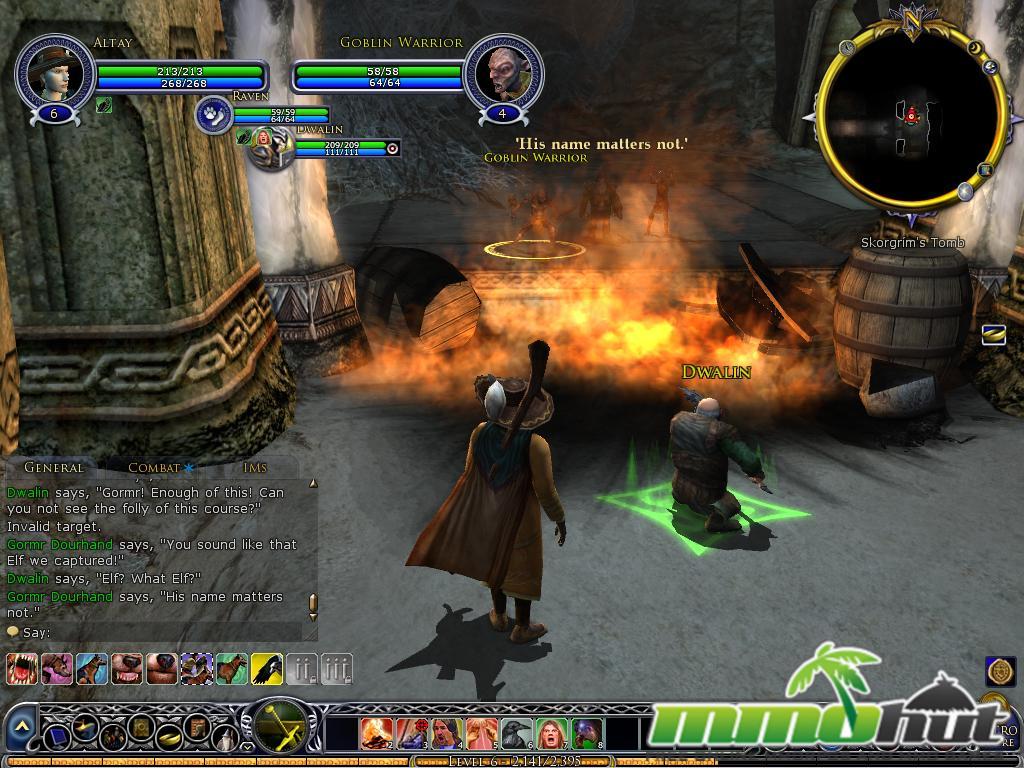 The Lord of the Rings Online is an epic 3D fantasy MMORPG based on the epic trilogy by J.R.R Tolkien. The game is published by Turbine and used to be pay to play, but relaunched as free to play in Fall, 2010. The game has a large game world, tons of story-driven quests, and a great progression system. It’s well worth checking out! 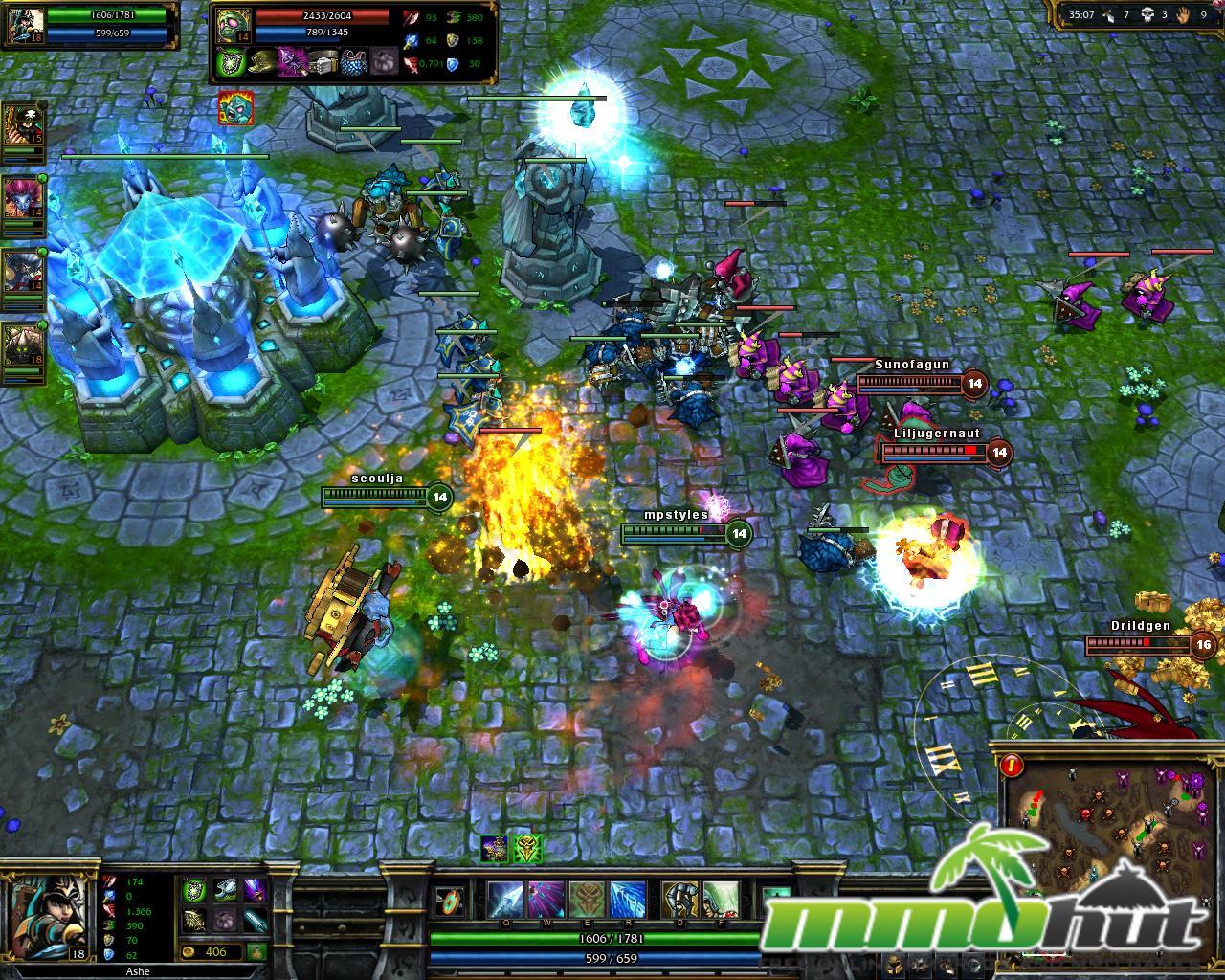 This list has a bit too many MMORPGs, and it’s only fair to add a solid fantasy MMO to the list. League of Legends in an Aeon of Strife Arena PvP MMO published by Riot Games. The game was inspired by Warcraft 3’s Defense of the Ancients game and Since its launch back in October 2009, the game has undergone countless updates. The game has a large selection of playable heroes, a great interface and gorgeous anime inspired visuals. 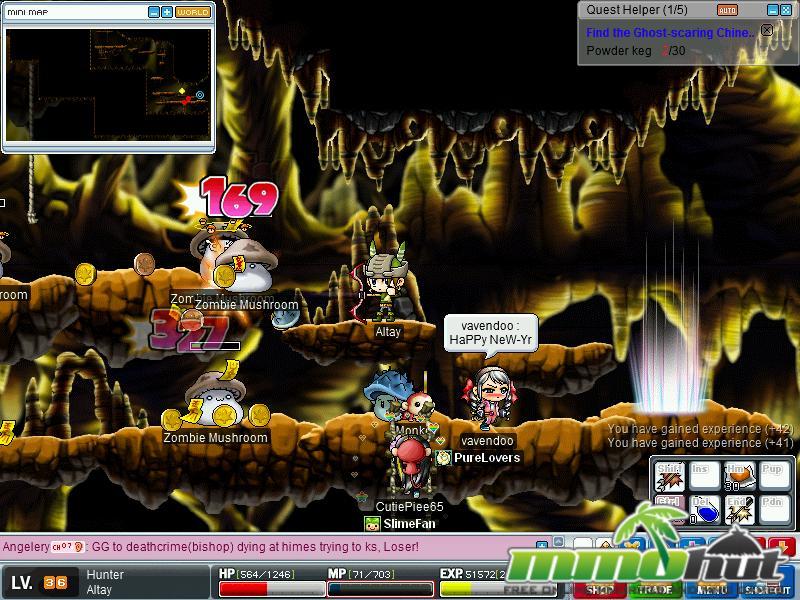 This choice may come as a surprise to some gamers, as a lot of people have a ‘love it’ or ‘hate it’ relationship with MapleStory, but the fact is, it’s one of the most popular MMORPGs in the entire industry. The game boasts well over 50 million accounts worldwide! Even if you’re not a fan of this 2D Side Scrolling fantasy MMORPG, you have to admit, it has a lot of content. The game has numerous varied classes, plenty of quests and an enormous game world. 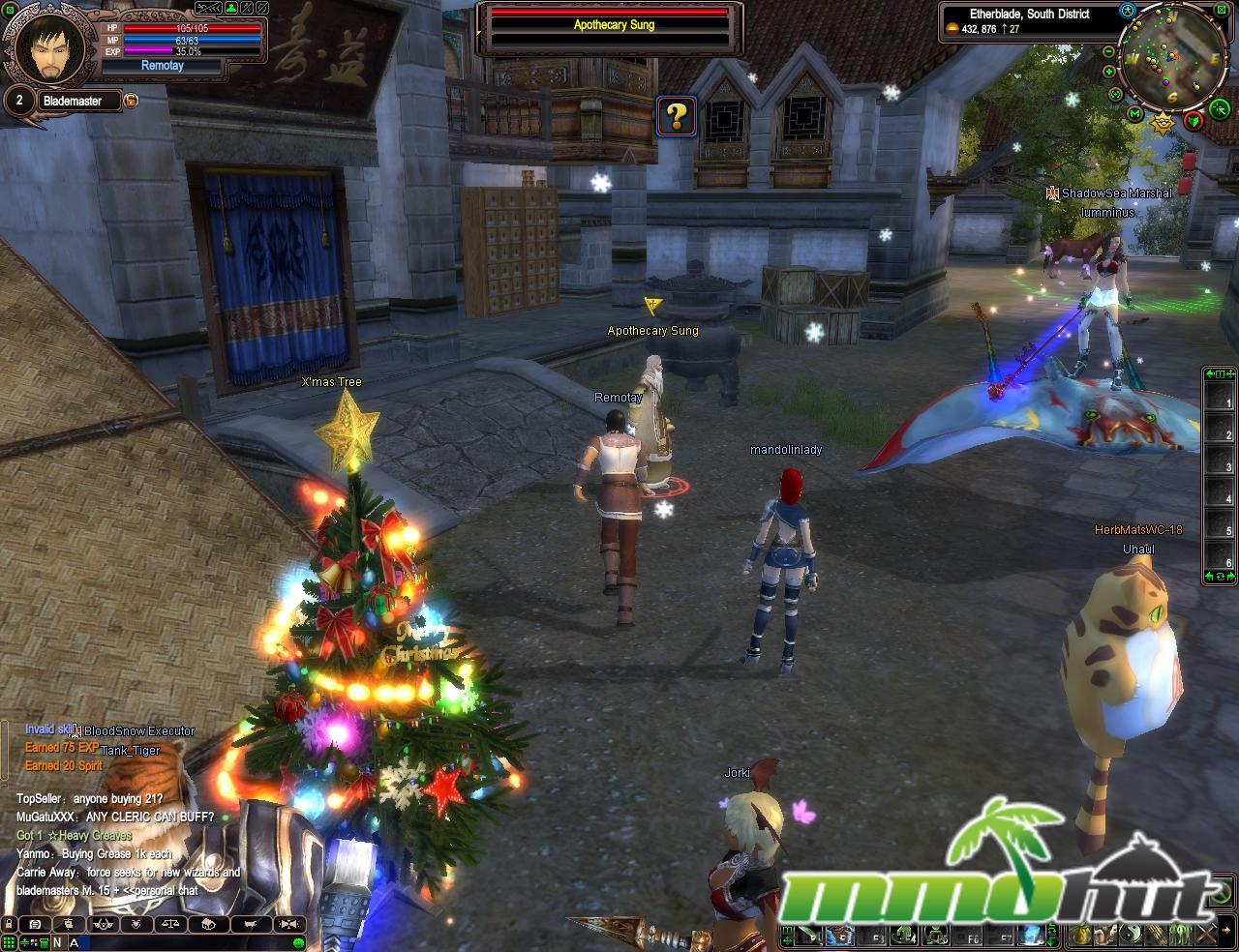 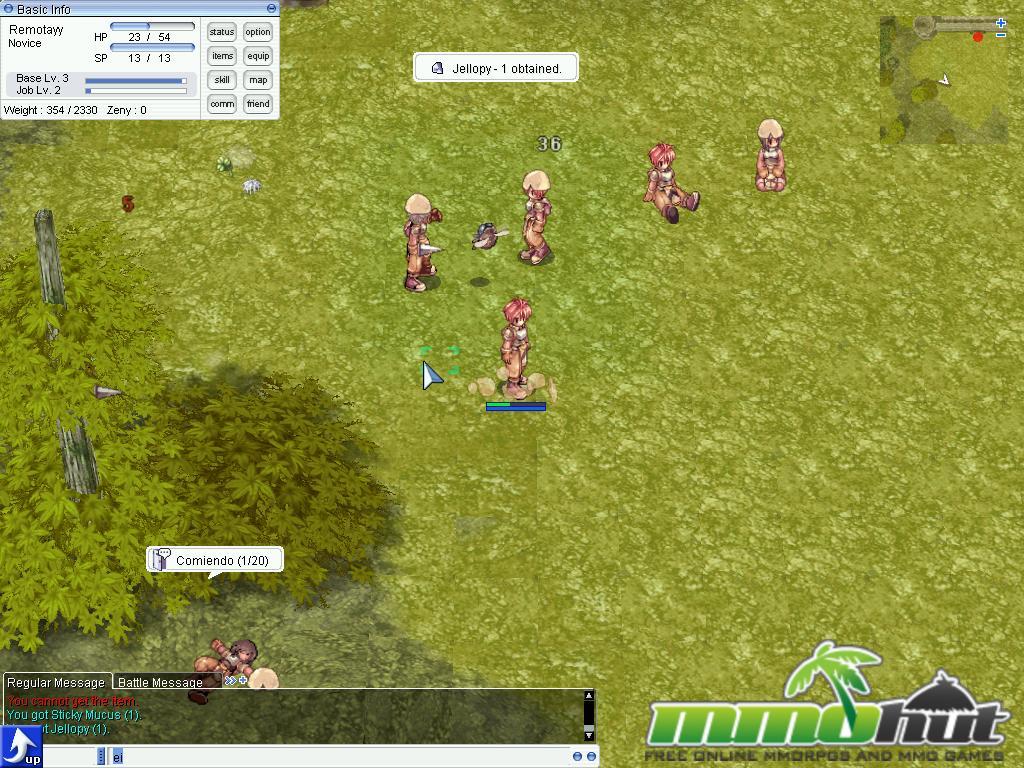 Ragnarok Online was really one of the first few mega-popular Korean MMORPGs to help jump-start the MMORPG Industry. The game actually just recently went free to play as well. With numerous classes, great background music and a healthy player base Ragnarok Online is a fantasy MMORPG well worth checking out. 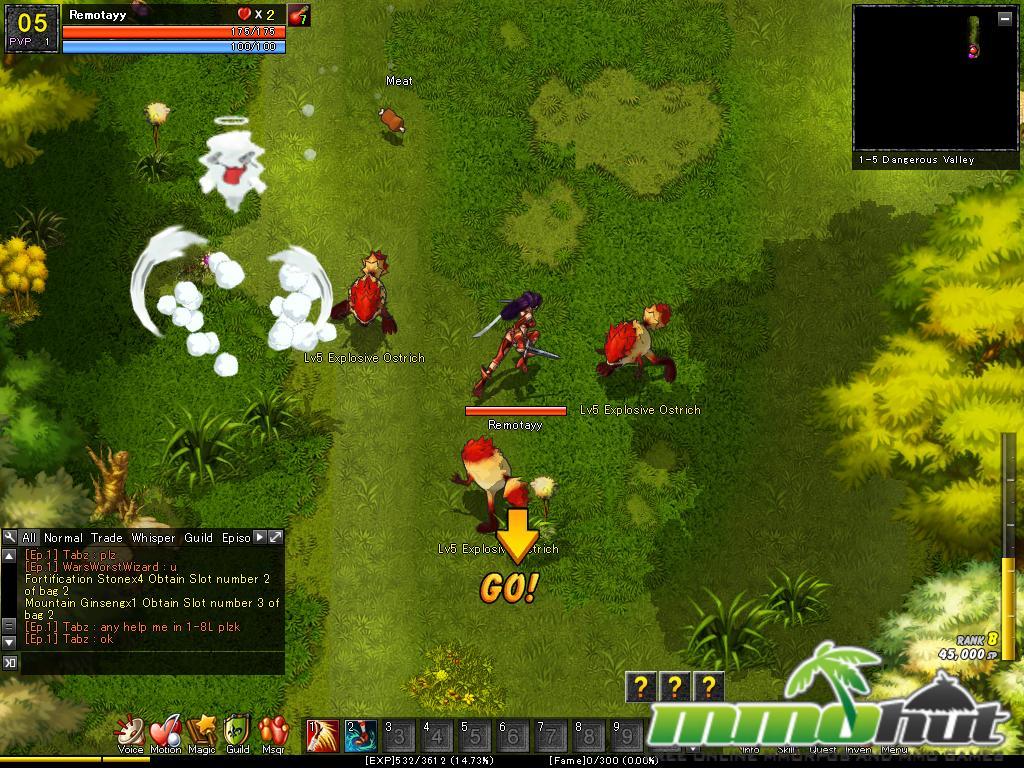 With all the fantasy MMORPGs on the market, you’d imagine that some of them would have good story telling, but unfortunately, that isn’t the case. Lunia is actually one of the only MMORPGs I can think of that actually has a story. Perhaps one of the reasons Lunia received favorable reviews around the net and here on MMOHuts is because the game is unique. It plays a bit like Gauntlet Legends, where players have to work cooperatively to complete the game’s stages. It’s hard to explain the game here, so if you’d like to learn more just check out the Lunia Review. 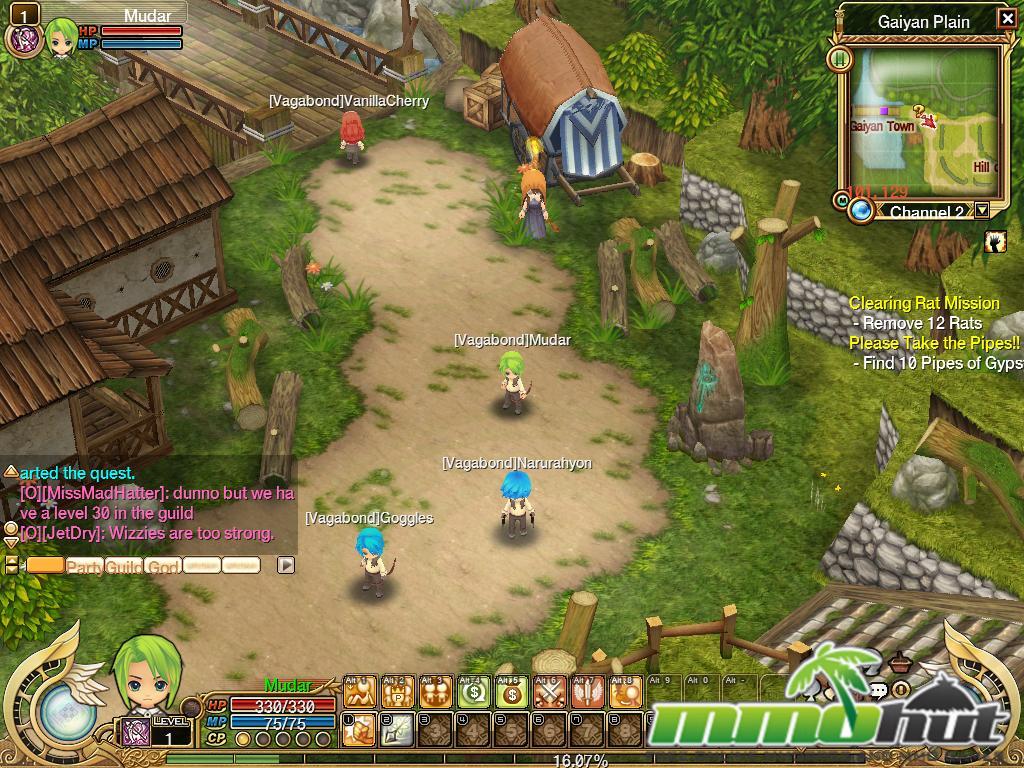 Legend of Edda is a cute, yet hardcore, anime inspired MMORPG from GamesCampus with a strong emphasis on PvP combat. The game offers 6+ playable classes and a total of 42+ jobs. The game’s visuals are easy on the eyes and the interface is also top notch. Unfortunately, the cute art style may not appeal to everyone. 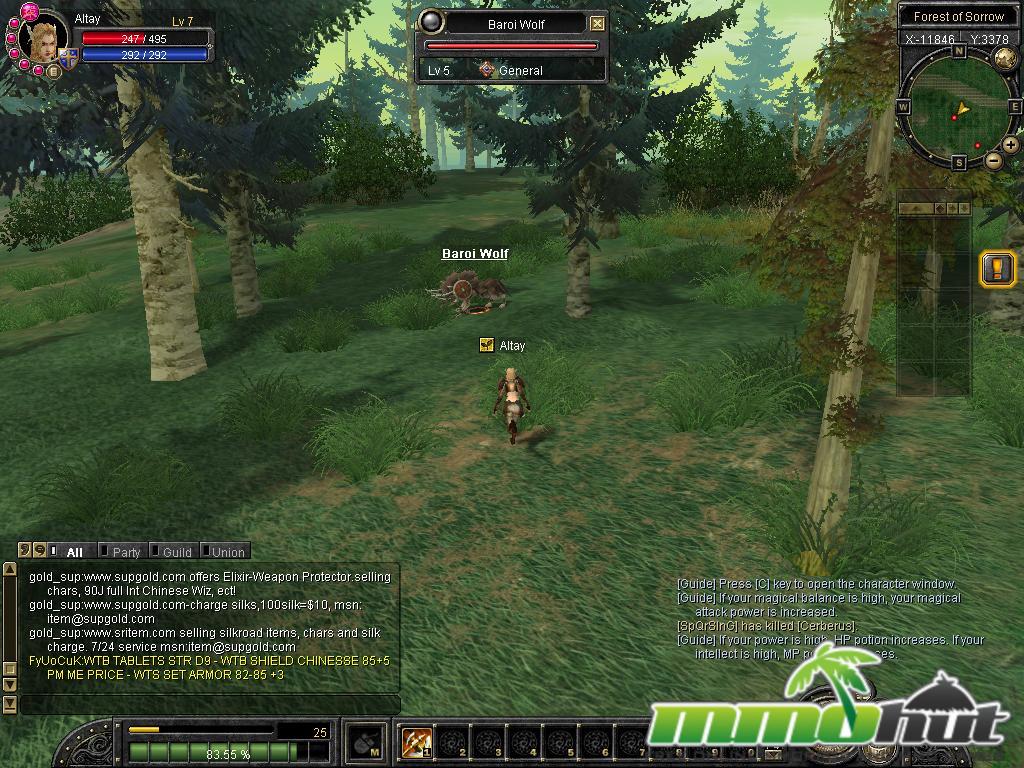 No matter which way you look at this game, it’s easy to conclude that the game is enormously popular. Even though many gaming websites have criticized the game’s repetitive gameplay, Silkroad Online stands as one of the most popular free to play fantasy MMORPGs on the market. The game has nearly 40 servers in North America, and every single one of them is full during peak hours. If you’re looking for a fantasy MMORPG with a boat load of players, look no further than Silkroad.

Keep in mind, this top 10 Best Fantasy MMORPGs / MMOs list was originally compiled in 2009. This list of the top 10 best fantasy MMORPGs and MMO Games was last updated November, 2010. This list will be updated periodically with new fantasy games.