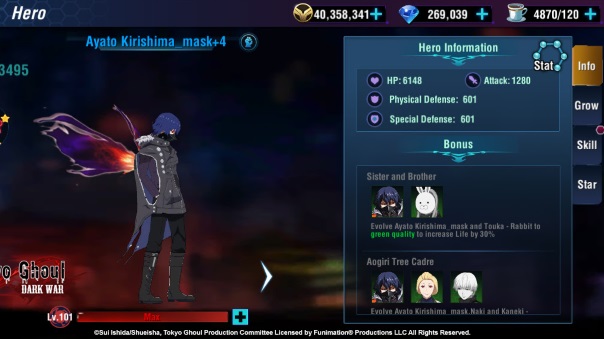 GameSamba announced yesterday that a major update is on the way to the mobile game, Tokyo Ghoul: Dark War. SSR versions of Kaneki, Ayato and many more will be added to the game, and in addition to that, new systems will be joining the game, such as real-time PVP content. The PVP will allow players to do battle in real-time and cross-server. Players will pick six heroes and hop into five rounds of combat against their opponent. A Funimation button will also be added to the game, which will make it convenient for fans to stream Tokyo Ghoul online, buy merchandise, and own the show in physical media, should they want to.