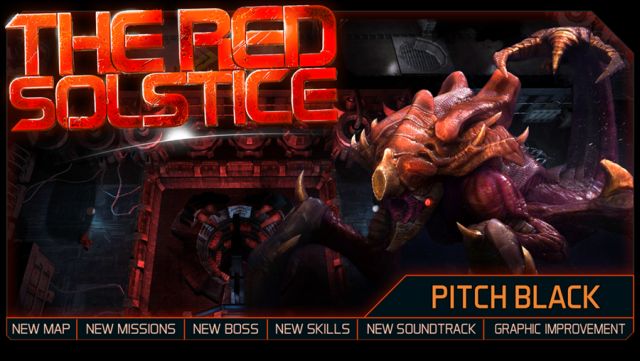 The Red Solstice devs at Ironward continue to polish the experience and add new content on a regular basis. Today — in addition to offering 50% off on Steam… nobody else is on sale there, right? — the team launched the Pitch Black update, which adds a new map, new missions, a new boss, more skills, a new soundtrack and boosts the game’s visuals a bit.

It’s still in Early Access, of course, but it’s really great to see a small, committed developer get behind its game like this. User reviews (after 400+) are still “Very Positive” and the team is turning its focus to adding single-player content in the new year. For now, it’s a great tactical co-op game, offering 8 players some ridiculously hardcore combat against all manner of aliens/Martian monsters.