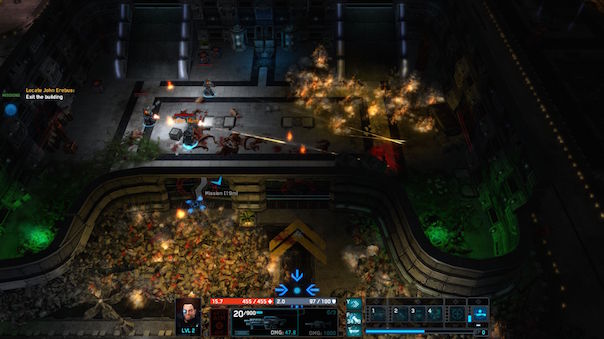 Back in Warcraft 3 where the majority of today’s popular strategy games draw inspiration from, there was a custom map called Night of the Dead. In this particular map you took control of a single marine unit and together with other players you had to survive wave after wave of zombies and other monsters. The map was themed after a major city, with plenty of side objectives you had to do to complete the mission. The whole concept was rather new at the time, and most teams could never complete all the objectives, let alone cooperative effectively as a unit. The Red Solstice stands as a polished and more technologically advanced edition of this mod, offering that survive together or die alone gameplay in both multiplayer action and an extended single player story mode.

Over a year ago I bought my friends and myself this game in early access, hoping to find the same enjoyment of when I had when playing the custom map on Warcraft 3. But a year ago, the only available game mode was the multiplayer, and back then it was bare bones basic. Over the past year, many key features have been introduced to set this game apart. Now multiplayer stands as an integral part of The Red Solstice’s enjoyment, having been finished and perfected in advance of the full launch. 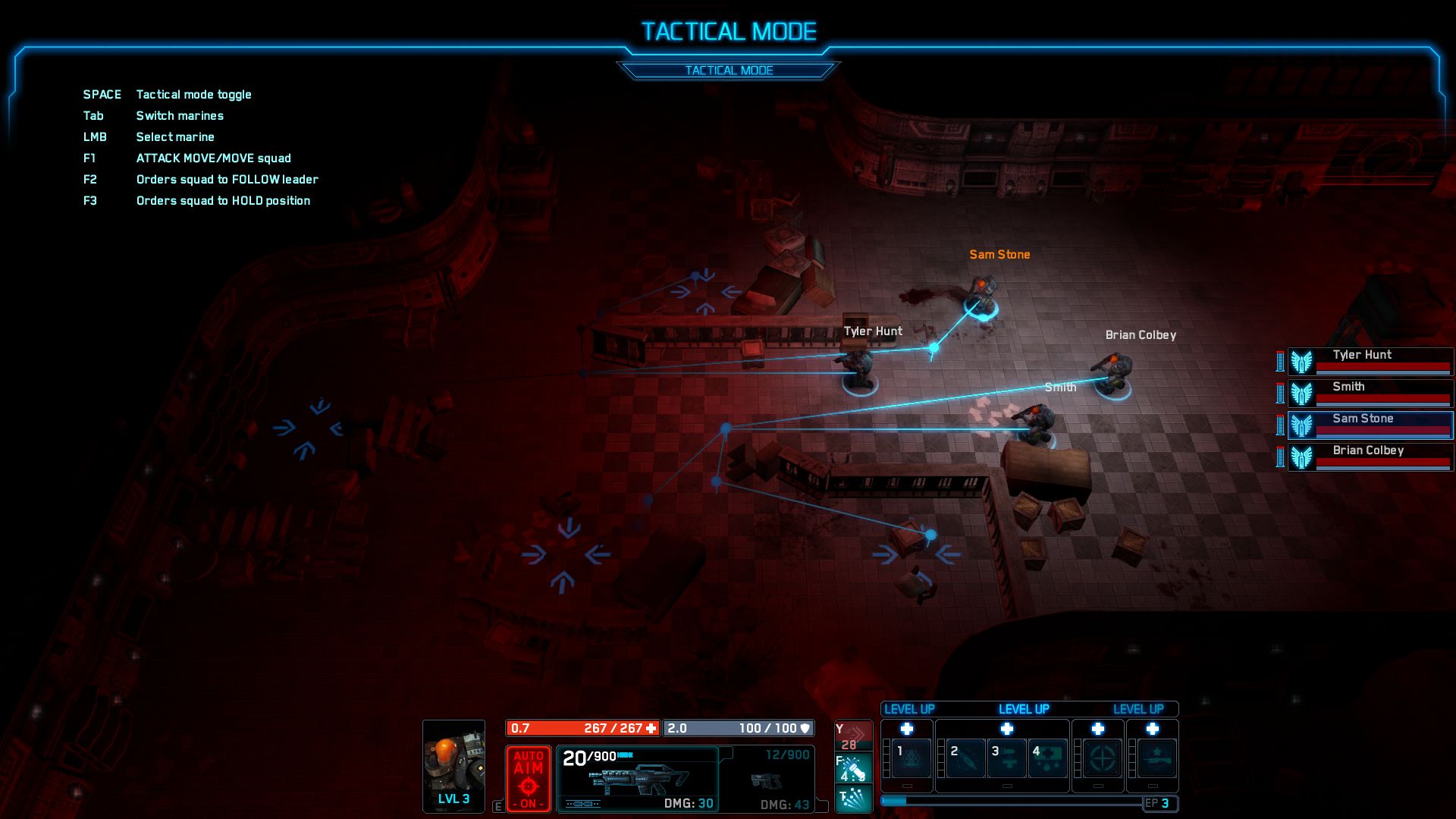 Before I tell you more about the game I do want to express my feelings towards early access games. We have seen a lot of examples that buying into early access games can be a very bad thing, and even though I absolutely love The Red Solstice, it is again a prime example. As many fans interested in The Red Solstice, already got their fill of multiplayer action in the early access phase, at full launch the community is no longer as active. Despite the experience now being better than ever, its lost that new car smell charm. Now granted, this may partially be that everyone is busy testing out the single player options, but I still see it as another strike against the extended paid beta model.

Now onto the single player! In the single player you will basically experience the same gameplay, formatted through the lens of an evolving story. You get inserted with your unit right at ground zero and have to figure out where to go from there. You will need to find a certain computer called SARA to get established; once you have done this you can hope to find survivors and fight the problem that you are facing. Now this sounds easy, and this particular task is one of the first few missions. Don’t discount single player as being a short tacked on affair though. You can expect this basic starting set of missions to take a few hours, fighting your way through the city and taking down all the dangerous enemies throwing themselves at you. Around the map there are a lot of houses that you can enter, in these houses you can usually find crates and lockers filled with goodies. This consists of tools to help get you through some of the more dangerous sectors of the city, such as better ammo, med kits, explosives to clear barricades, and other more niche items. Every little bit helps so don’t skip the exploration aspects of the game. 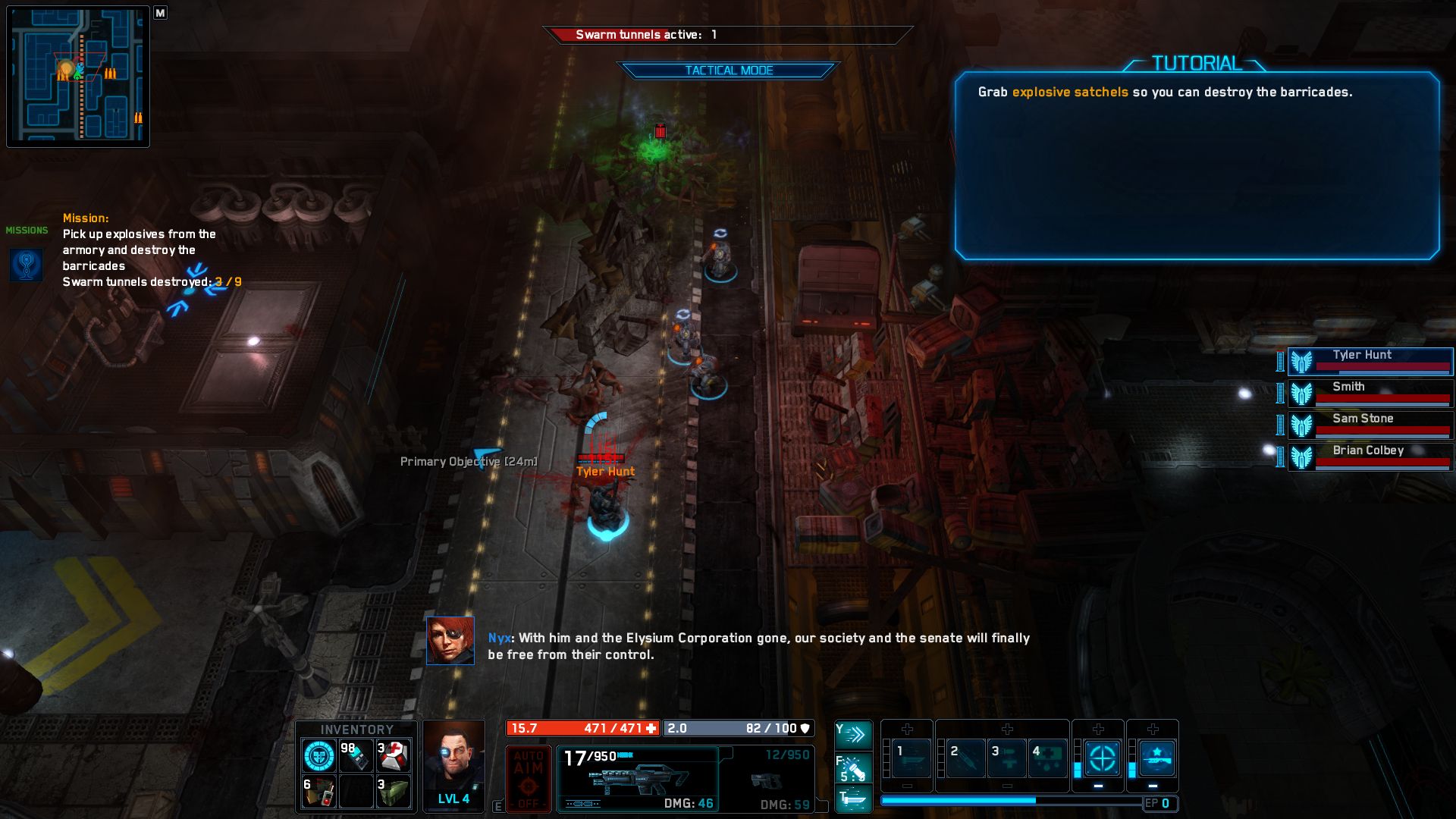 Tactical overview in single player mode is my best friend.

The single player has a few more features than the multiplayer; the first one that comes to mind is the tactical overview mode. In this overview you can give your units commands to move to a specific area to defend it. Time will also slow down to give you some extra time to set up your unit to defend against the hordes of enemies in key positions. You can also level up your skills through this while taking your breath, or give your units specific items they are in need of. Though between missions you have all the time you need to focus and think about which attributes and special skills you should update to best level your team as you see fit.

In this isometric view, making your way through the city and doing the key objectives is a really enjoying experience. However don’t mistake this option as providing easy mode. The game is balanced to factor this advantage in, and force you to make the best of it to survive. Even on easy settings I found I could never just randomly win without focus. Staying at the same place for too long of a period usually ends up badly, as the swarms will just zerg your position. You also have to destroy the holes where the majority of the monsters come out from, and if you get sandwiched between two holes, you better hope you have enough ammo and barricades around you to hide behind. 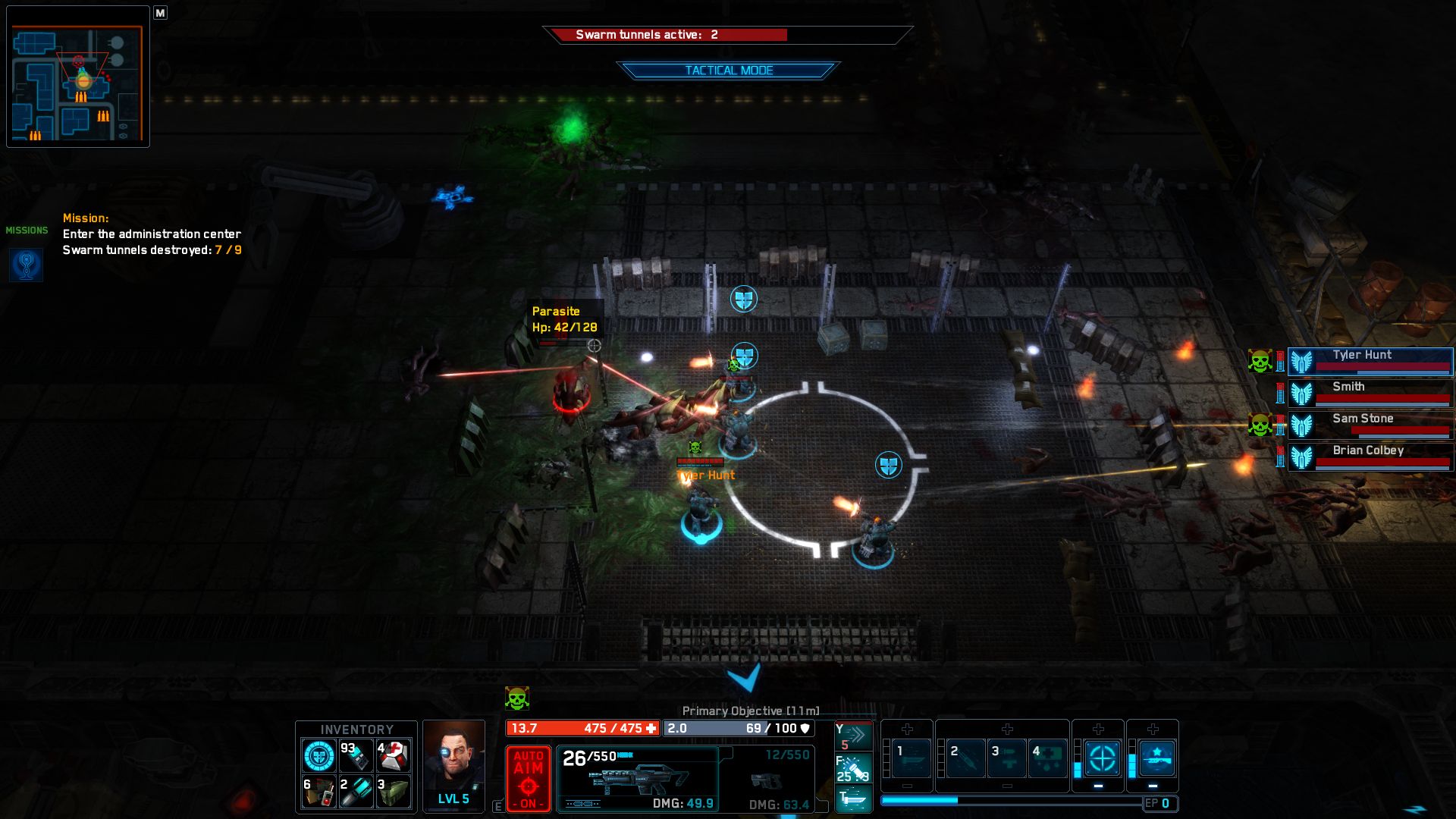 Overall multiplayer felt harder for me, but that’s more so with people not cooperating rather than the actual adjusted difficulty. Having a full squad on the same page at all times is a formidable challenge, especially when you can’t always count on everyone to be actively on a voice program. If you dig the gameplay but don’t have the stomach to deal with other real players, they do offer a survival mode that is basically the same as multiplayer, only your allies are AI controlled. In both game modes you can also spice up your gameplay by taking different classes, like medics and other support classes, or ones that have a bigger gun or more of a scouting purpose.

This game is best played with your close friends, and since you can play multiplayer with up to 8 people you have room enough for serious guild fun. The loners out there can still rest assured that random game lobbies are available to get into the action. There aren’t as many as there used to be, but still enough to make it happen without too much of a wait.

The Red Solstice is a squad based tactical coop isometric view game. The game is as difficult as explaining what that means to your elders. You need to work together with other players on the Internet to complete a mission. Anyone familiar with people in the Internet will know what this entails. Thankfully the launch version has brought survival and story modes to greatly increase the fun that can be had here. The Red Solstice tried to remake the Night of the Dead custom map in their own game and I’d say they have done this almost perfectly. The same kind of style is used and the controls aren’t a lot different. Making your way through the city doing objective after objective is amazingly fun. The challenges you face with hordes of monsters zerging your way is an exciting experience. The multiplayer has randomly generated events and missions to give a more random feeling with each play through with your squad. If you enjoy these surviving co-op games then you should definitely check out the Red Solstice.