The Lord of the Rings Online Update 13 Press Preview 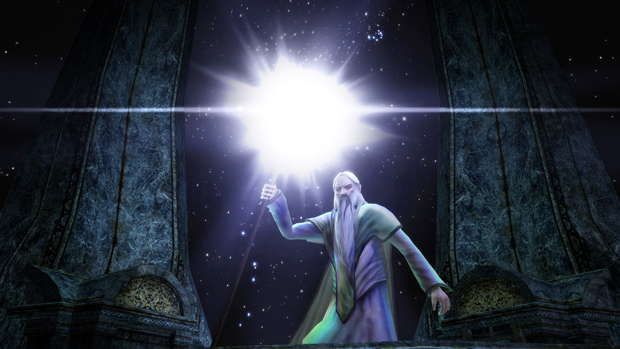 Turbine’s Lord of the Rings Online has been detailing an expansive, interactive chronicle of the iconic high fantasy series for roughly the past decade. They’ve taken players through the Mines of Moria, to the fires of Angmar, and even into the dungeons of Isengard, the white tower ruled over by the betrayer, Sarumon. If all of this is gibberish to you, then you’re not a Tolkien nerd like myself and most of LOTRO’s playerbase. That’s fine! The game itself has continued to be a well-crafted love letter to the setting, diverging strongly from the art direction of the mainstream films to maintain a classic, ‘by the books’ interpretation of the setting. 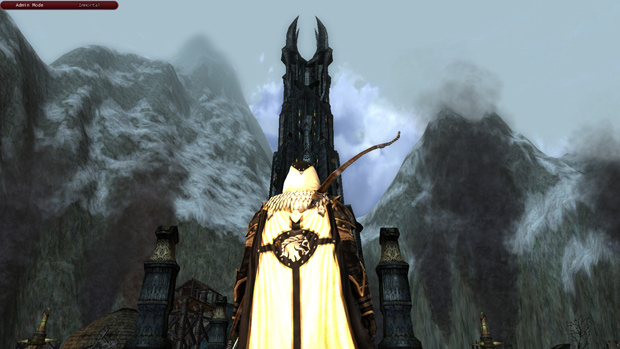 The next phase in that story is the end of Volume 3, heralded by the famous march of the Ents against Isengard. The tower that once loomed oppressively over the lands of Middle Earth will be torn down in the next content patch, though players will still be able to visit the upright and doom-bringing tower through phased content in older quests. But as of the update, Isengard will be a flooded ruin, and the Ents, a race of powerful and ancient tree-folk, will walk among the rubble directing adventurers on how to best assist them in reclaiming the woods and cleaning up the awful mess. 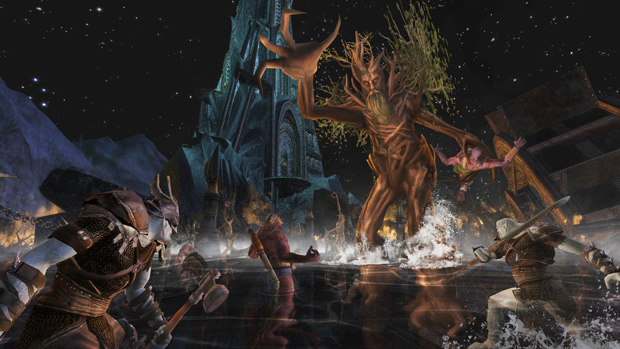 From the ruined tower above to the flooded dungeons below, for long-time players that enjoyed the Rise of Isengard content, seeing the dungeons that once trapped them in utter ruins might be a terribly vindicating experience. This sort of steady, consistent progression in world storytelling is what LOTRO is famous for, and as of this update, new players will be able to faithfully follow the progression of the trilogy up to the end of The Two Towers, more or less. 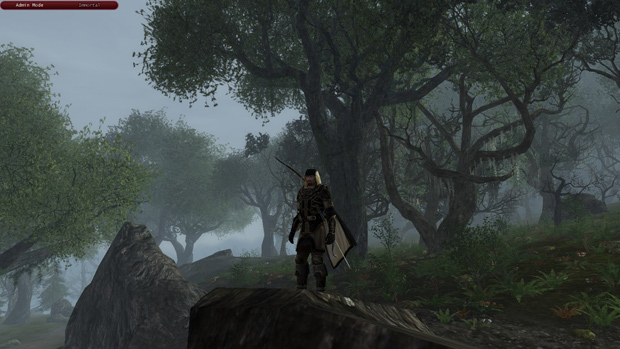 In this update, the developers hit a bit of a snag – their previous expansion, Helm’s Deep, details events that happen concurrently with the march of the Ents against Isengard in the trilogy. It would be difficult for players even remotely familiar with the landscape of Middle Earth to believe that their character could simultaneously fight alongside the Ents while fighting in Helm’s Deep. There’s also the fact that in the books, no adventurers were present among the Ents who marches on Isengard – it was an all-tree affair, with the exception of Merry and Pippin. So, what to do? 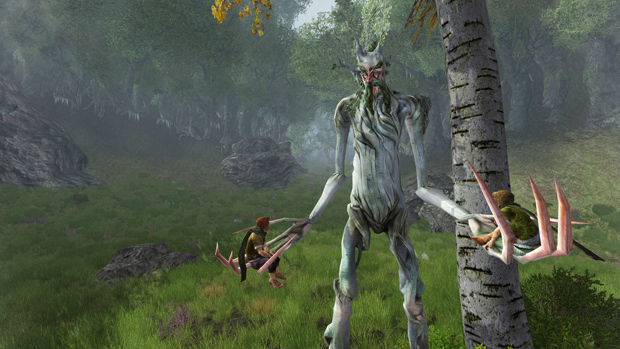 The answer was to allow players to play as an Ent through a storytelling flashback brought on by speaking with Merry and Pippin in the aftermath of the destruction of Isengard. In this tale the player takes on the role of Treebeard, chief among Ents, and serves up Ent draft to the Hobbits as guests – the magical tree water also very subtly increases the height of Merry and Pippin thereafter, something only the most perceptive of players would notice. 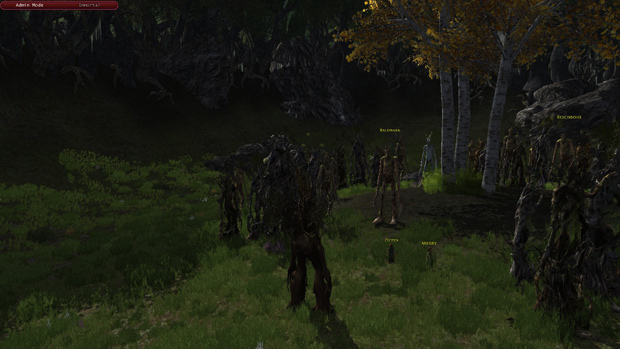 They’ll then attend to the Great Moot, or the meeting of all Ents, and discuss what to do about Saruman and Isengard in Ent speak. Of course, in the books, the language of the Ents is many times more ponderous than ours, and so throughout the course of the conversation players can see a time-lapsed world where Merry and Pippin skitter about, take naps, eat, and the sun moves across the sky rapidly. This sort of fastidious attention to detail in the game’s storytelling is once again the shine that sets LOTRO apart from the competition. 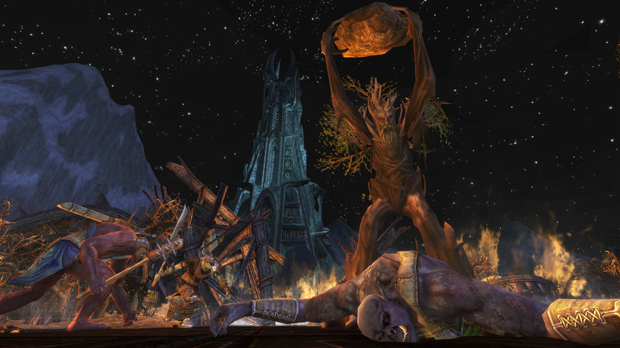 Cosmetic pets will be introduced in this content patch as quest rewards. There are no plans as of yet to make cosmetic pets something purchasable from the premium currency store. These pets are actually a new feature in the relatively conservative and slow-paced LOTRO, and players have hopes of seeing them expanded into a variety of companions. Immersion remains the name of the game, and to that end, incremental quests are being introduced. These are quests that involve steps with eighteen hours of waiting inbetween, to allow events to transpire. These quests can be anywhere from four, five, or six steps, and tell a story over the course of a week. A far less mind-numbing alternative to the daily quest grind, in my opinion. 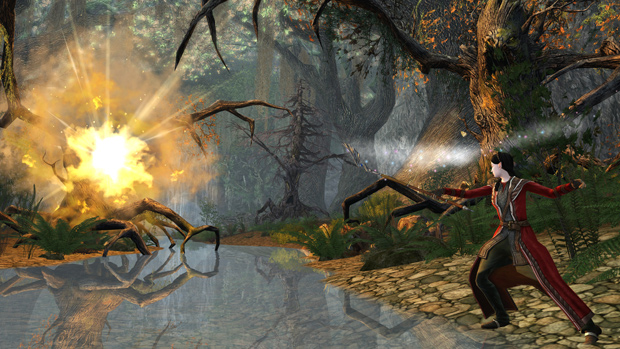 Of course, all the usual perks and rewards will be included in this content patch. New gear, new recipes, new skirmishes, and new instanced dungeons for players to explore. There will be quests that take players through the deep woods of Fangorn with an Ent at their side, pointing out things to do, and dynamically assigning quests and tasks, cutting down on the monotony of “go to quest hub, gather quests, do quests, return.” The goal of this patch seems to be introducing new and fun ways to consume content, something most players of the PVE-centric title can no doubt get behind.

After this update, which marks the closing of Volume 3, players will be waiting patiently for announcements regarding the much-anticipated Volume 4. This will take players into the south of Middle Earth, to the massive and fabled white city of Gondor. The city is no doubt something the developers want to get right, and will pose a serious logistical challenge. Here’s hoping they nail it. There will also be a new class announced in the next three weeks. So far there have been no details given as to the nature of the class, and players can only speculate how it will fit into the game’s lore. 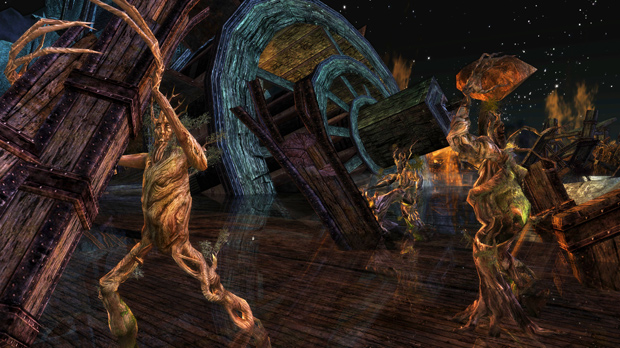 The update for the fall of Isengard and the March of the Ents will be landing on April 14th. LOTRO continues to be a well-oiled, story-driven PVE machine. For anyone who loves the Lord of the Rings and a solid MMORPG experience, it’s certainly one of the better choices available today. Of course, I’m biased, because I’m a Tolkien nerd and a big fan of meticulous storytelling. Take my recommendation with a grain of salt!