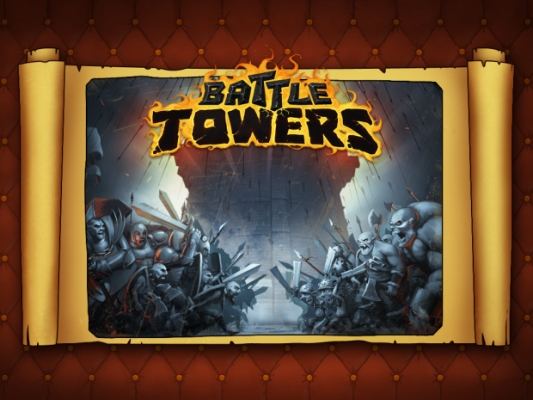 Game Insight, a global leader in mobile/social games, announces the launch of a chaotic new chapter in tower defense games for iOS: Battle Towers. The game was previously released for Android devices and has already garnered more than 2 million players worldwide.

Battle Towers pits the two distinct nations of Order and Chaos against each other in an eternal conflict. While the two factions once lived together in peace, they have found their differences impossible to reconcile. The Order faction’s intentions seem noble, but its actions are often reckless, while the Chaos faction seems wild and unruly, but its subjects are eager to organize themselves for battle. Each faction has its own unique units, buildings, and magic spells. Neither will rest until the other is destroyed!

In Battle Towers, players construct important buildings, such as resource-producing houses and defensive towers, while also recruiting armies of warriors to march into battle to annihilate the enemy. Players can also make use of mighty magic spells to strengthen their units and increase their chances of victory, but must plan their attacks wisely in accordance with the game¹s day-night cycle, which favors Order during the day, but favors Chaos at night. Players may also challenge each other in cross-platform player-versus-player (PvP) battles.

Defeat your enemies and conquer their lands! Download Battle Towers for iOS and become a legend in the next generation of tower defense games!