The First MMORPG – The Early History of the Genre 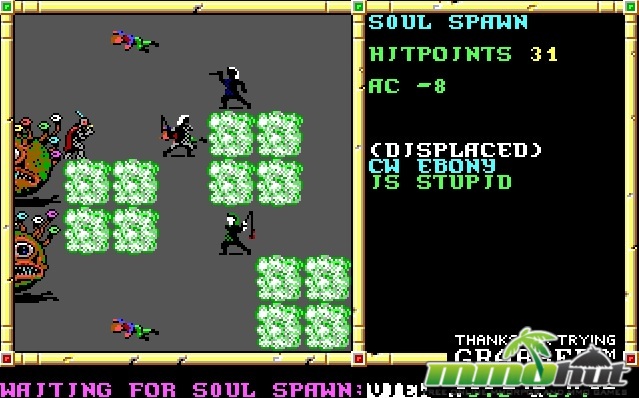 Many people credit games like Meridian59 and Ultima Online as being the first ‘MMORPGs’ ever, but this isn’t entirely true. Meridian59 was released in late 1996 and Ultima Online was released in 1997, but these weren’t the first two online games. In fact there were dozens of older online games. I’m talking about Multi-user dungeons (MUDs), which were largely text based role playing games played across the early internet. Mazewar, released in 1974, is credited as the first graphical virtual world and could be played online across the ARPAnet, which was a forerunner of the modern internet. Adventure in 1975 was also a popular MUD, as was Island of Kesmai in 1985, but the problem with MUDs were that they really weren’t that “massive”. So even though many of these MUDs were some of the first online games ever, they don’t exactly qualify as MMORPGs. It’s worth noting that Island of Kesmai was the first commercial graphical MUD ever. The game cost upwards of $12 per hour to play across the CompuServe network. I guess bandwidth was expensive back then.

Sick Graphics. Am I right?

Since most early Multi-User Dungeon weren’t exactly ‘massive’, they can’t be called MMORPGs. So which game was truly the first MMORPG ever? The answer is Neverwinter Nights (1991), which was also the first graphical MMORPG ever. The first text based MMORPG was a game called Legends of Future Past (1992), which was a surprisingly in depth game (crafting, events, skill based progression) for a text based title. Neverwinter Nights, like Island of Kesmai was an expensive game to play. Since the internet was still in its early form, Neverwinter Nights as well as all MMORPGs during the time, had to be distributed through proprietary networks like AOL and Compuserve. Neverwinter Nights was distributed through AOL and cost gamers a cool $6.00 per hour to play (That’s nearly $10 an hour adjusted for inflation)! Neverwinter Nights was a very successful MMORPG during its run. The game ran from 1991 to 1997 and boasted 115,000 players towards the end of its life cycle. The actually shut down due to disagreements between AOL and one of the game’s original developers TSR over future rights to the title. It’s worth mentioning though in its last year of service, the game became ‘free to play’ as bandwidth costs came down significantly since its original release.

Aside from Never Winter Nights, there are numerous other MMORPGs that were released before both Meridian59 and Ultima Online. Numerous other graphical MMORPGs came out after Neverwinter Nights trying to capture some of the success it had. The Shadow of Yserbius ran from 1992 to 1996 and was one of the more popular ones. Games like Nexus: Kingdom of the Winds (1996) and The Realm Online (1996) were in public beta before Ultima and Meridian. It’s also worth mentioning that Richard Gariott, the man behind Ultima Online and the Ultima Franchise, was the first person to actually ‘coin’ the term “MMORPG”. Both Ultima Online and Meridian59 have survived the test of time, as they’re both still running. On a side note the first few free to play MMORPGs were Tibia, RuneScape and MapleStory. Tibia was actually released before in Ultima Online in 1997, yet Ultima and Meridian59 usually get the credit for being the first MMORPGs.