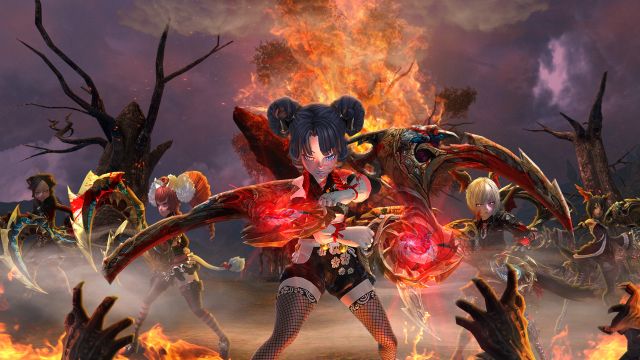 En Masse Entertainment is excited to announce that its popular action MMORPG, TERA: Rising, is celebrating its second birthday with an all-new class, the reaper, which will launch on May 13, 2014. Launched two years ago today as TERA, the game’s visceral console-style action combat has resonated well with gamers, drawing in over 3 million players to date. The latest in a long-running series of significant content updates, the reaper is set to shake up the game’s now established class base for both veterans and new players alike.

“TERA: Rising continues to deliver the best action MMO experience to our growing legion of players,” said En Masse Entertainment Executive Producer Brian Knox. “To mark the two-year milestone for our flagship game, we are going to expand TERA: Rising’s content by offering a brand new class—the reaper. This new class comes free and coupled with new content and activities that further enhance the world of TERA: Rising.”

Armed with two deadly chained blades to bring the pain to all who cross her path throughout the world of TERA, the new reaper class offers a blend of close and mid-ranged combat options. To start a new reaper character, players must have an existing level 40 character of any other class and an open character slot on the same server as that level 40 character.