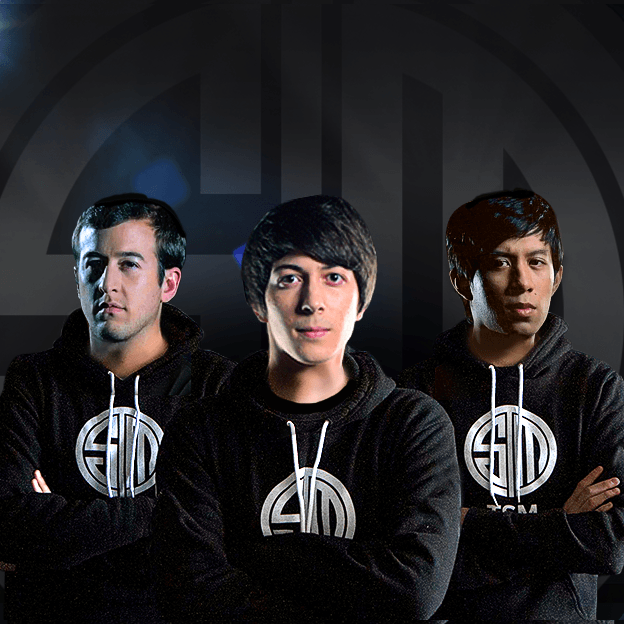 Super Evil Megacorp’s Vainglory has attracted one of the top eSports organizations, Team SoloMid (TSM), as it continues to gain momentum as the world’s leading touchscreen esport. TSM has jumped into Vainglory with the acquisition of Alliance, reigning world champion and the No.1  seed for the upcoming North America Winter Live Championship. Vainglory was recently crowned the “Best Mobile Game” by the GSMA and Gamelab Mobile during the 2016 GLOMO Awards at Mobile World Congress in Barcelona and is currently the fastest growing mobile game on Twitch, with 150 million minutes watched in 2015.

“As a global leader in eSports, we are always looking to expand our reach and attract new fans,” said Andy “Reginald” Dinh, CEO of TSM. “The mobile games community has grown extraordinarily quickly in the past few years, and Vainglory has exploded onto the eSports circuit over the past six months; it will be exciting to see it reach its huge growth potential given the amount of devices on the market.”

The acquisition of Alliance by TSM, who finished second in the 2015 North American League Championship Series (LCS) Summer Playoffs, is the latest a series of recent eSports team acquisitions in the Vainglory competitive scene, including Team Secret, G2 eSports and SK Gaming. The Vainglory eSports scene also includes hundreds of original teams, including home-growth professional teams paying players under contract such as GankStars, Halcyon Hammers and Phoenix eSports.

“We’re thrilled that Vainglory eSports has grown so quickly and that less than a year from our first tournaments, we have such rapidly growing viewer numbers and that so many professional organizations and partners are involved,” said Kristian Segerstrale, COO and Executive Director, Super Evil Megacorp. “Some day someone will create a competitive game on touch screens that will attract audiences that are 3-5x larger than the biggest PC games today. We’re excited to be working with the amazing Vainglory community to be part of that evolution.”

TSM’s Vainglory team is made up of Nick “CullTheMeek” Verolla (jungle/lane), Mico “MICSHE” Dedicatoria (lane/jungle) and Michael ‘FlashX’ Valore (roam). FlashX and MICSHE started their competitive careers as Alliance in the ESL Vainglory Cup Series in May 2015. Together, they won the Autumn North American VGL Qualifier last year, making it to the VIPL (Vainglory International Premier League) Season 2 in Korea last October, where they won in dramatic fashion. CullTheMeek was recruited from the first world champion team GankStars Sirius. This roster will now be competing as a part of the TSM family, and it recently won the  North American VGL Winter Qualifiers #2 (defeating GankStars Sirius), earning the No. 1 seed at the Vainglory Winter Live Championships.

“This opportunity, simply put, is a dream come true,” said Valore. “I have always been a passionate gamer, and TSM is the pinnacle of eSports in North America. As a kid, my parents always told me to find a job doing what I love, and thanks to TSM, I have been given that opportunity. Our team has always strived for success and now we have the supportive structure we need in order to achieve greatness. I am incredibly grateful for this chance and I know that we will not let TSM down.”

Following 2015 in which Vainglory players took home more than $350,000 in prize money globally, 2016 is already promising to be bigger and more intense. The Vainglory Winter Live Championships for North America will take place at a sold-out Red Bull eSports Studio in Santa Monica, Calif., from March 11-13 and the Europe Winter Live Championships will take place at the Gfinity Arena in London from March 18-20. NVIDIA and Amazon Coins will return as sponsors for both the North America and Europe events. While NA is sold out, the few remaining tickets for the Europe event can be purchased at  http://vainglorywintereu.eventbrite.com.