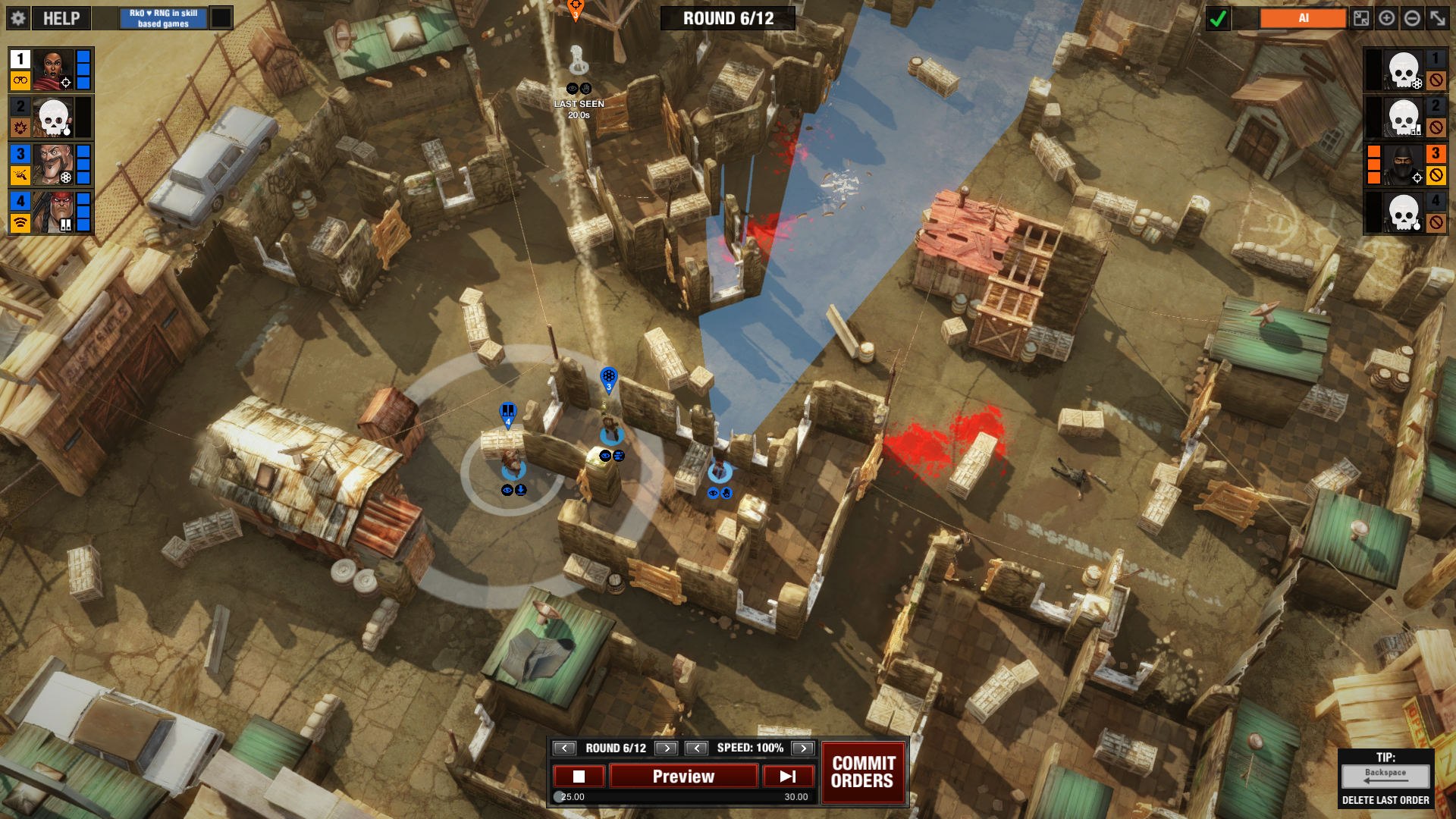 The last time I played TASTEE: Lethal Tactics was roughly 9 months ago, and despite having a lot of fun with the game, it was still very new and missing out on a lot of features. Not to mention it held a name that you could forget about as quick as you closed your browser window. Yet I tried out the simple stages of the game and already loved it. Last month the game was officially launched and I decided to jump right back into the game to check out if any meaningful updates have arrived or, if this is just a flashy rebrand marketing gimmick.

As the head of TASTEE, your job is to coordinate an international team of mercenaries in order to take down the cartel. Back when I first played there wasn’t much story to be found, nor were mission objectives quite as in-depth. Finally we have missions as a type of story line to get us ready for the dangers in multiplayer. With a comical introduction to both the foundation of TASTEE and some of the mercenaries you can play, you slowly will learn the tips and tricks of each individual mercenary and unlock them while you learn how to utilize them in the online mode. Despite the mission mode only having 30 challenging missions, the game itself isn’t all about this. The game has its focus on the normal matches, that you can either do against the computer as practice, and versus players from around the world to acquire rank and fame. 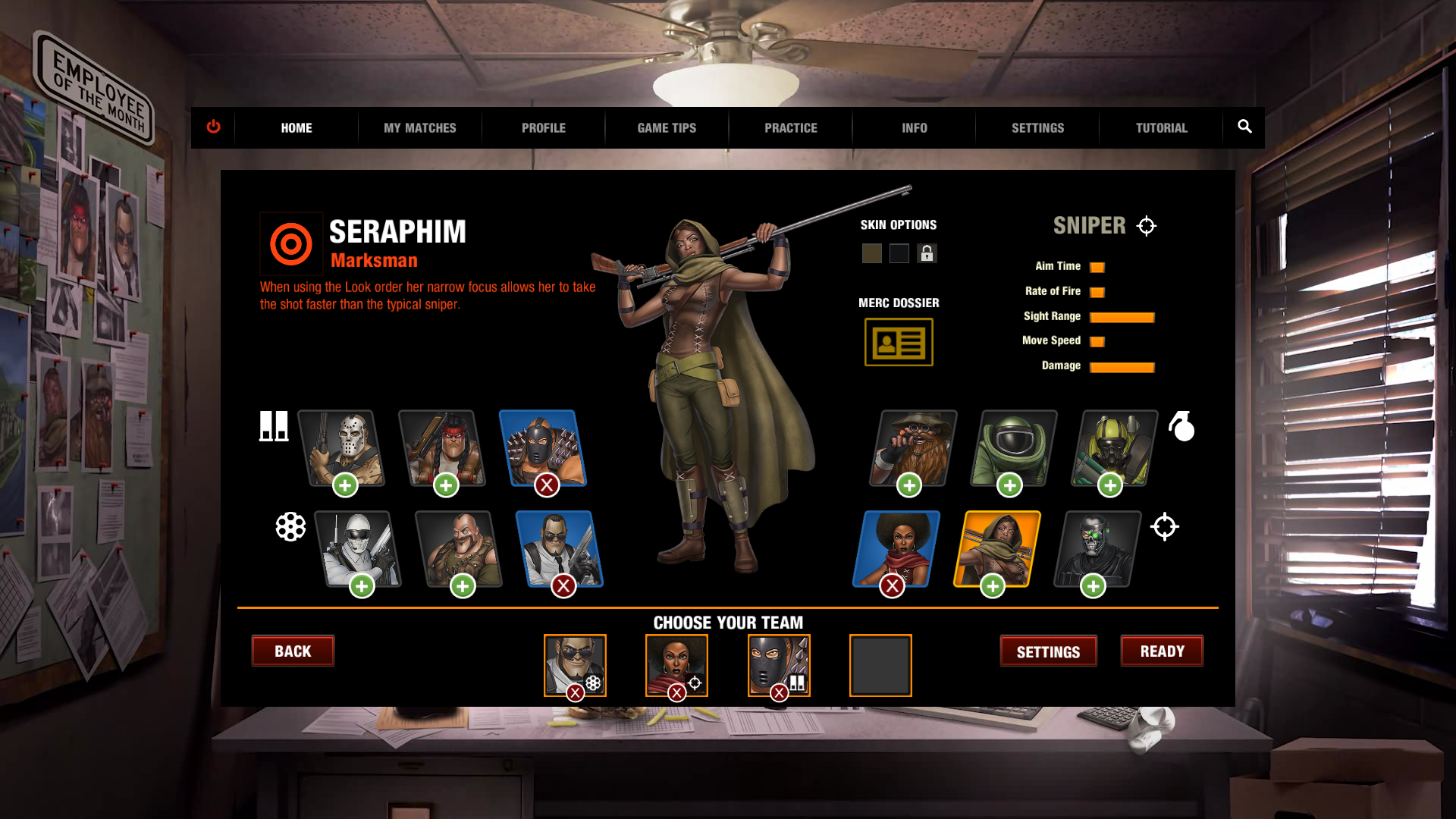 Each month has its own individual score board and you can easily see your opponents on the ladder, their all time record, and when they were last online. The game has its focus on competitive play, and thus the quick play option is what you will be playing most of the time when playing TASTEE: Lethal Tactics. Last time I played the game, there weren’t a lot of game modes and players yet, so I mostly played against the AI, and thus I was a little scared when jumping into a quick match against other players.

Each mercenary has its own style that helps them out in different situations. You can basically view them as different classes; there are currently three different characters per ‘class’, and each one of these characters have their own set of skills. For example, the sniper class has one character that can temporarily stealth, another that reloads faster, and a third with better awareness. Each class has their own abilities like these, and building the perfect team is best if you look at your play style. If you have a passive style of play, it might be better to have mercenaries that help you detect the enemies faster, and give you bonuses if you wait for them to come out of hiding. The characters feel pretty balanced between defensive and offensive strengths, so if you’re more of a Rambo you should find a team that still is viable. 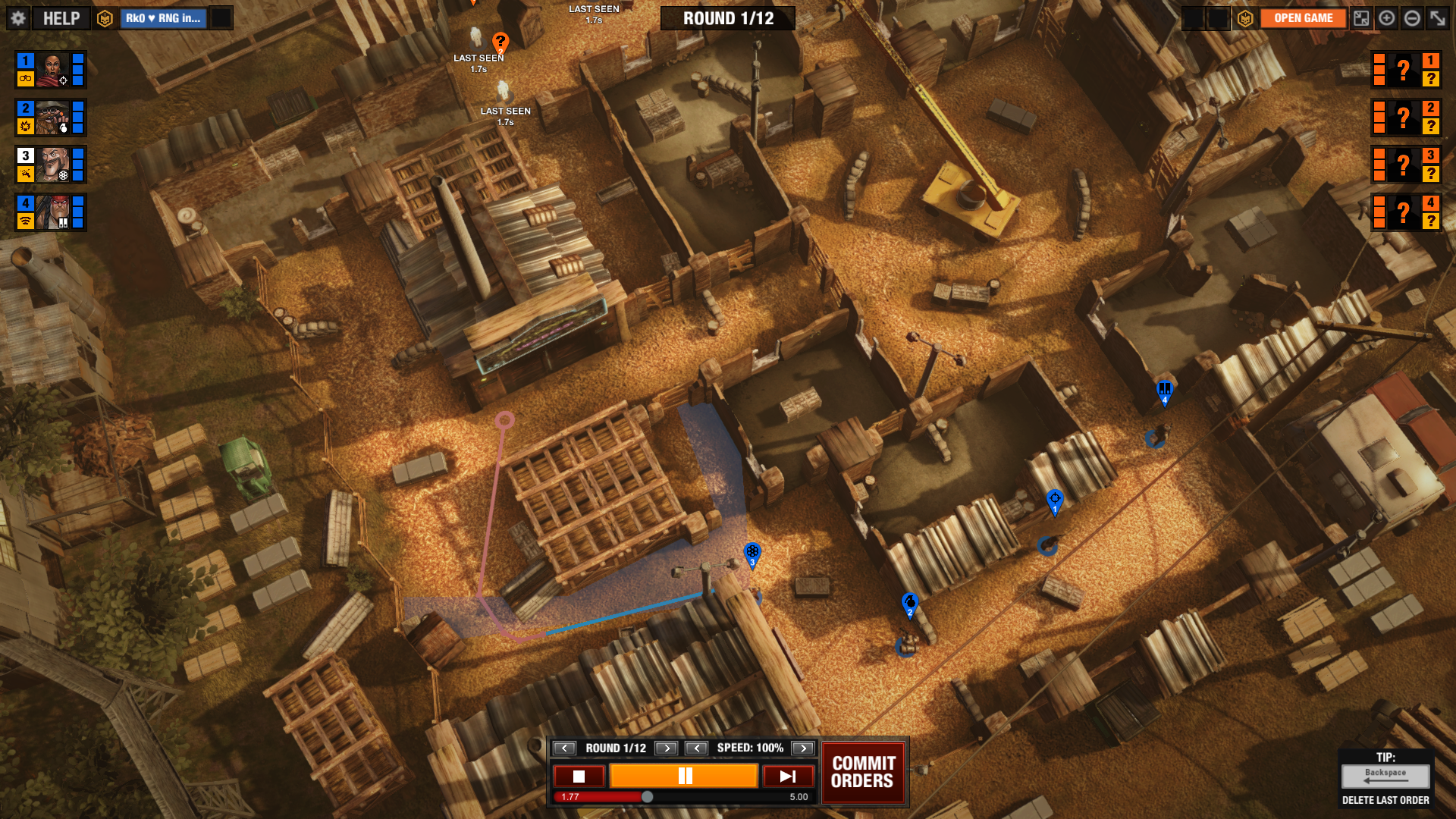 Obviously its up to you to find your style of playing, but that’s only half the battle. Knowing every mercenary is vital as counterplay is the name of the game. Counterplay is brutally punishing if not factored in, as the more veteran players will let you know in a stinging loss right off the bat. The game uses a sophisticated way point system, so everywhere you go you set a way point and select what exactly your mercenaries have to do. You can make them crouch, sprint, prefire a specific line of fire, wait and other abilities the mercenaries own. But beware of every waypoint you place, if its one step too far, or one waypoint option too many, it can be deadly. Sacrificing a mercenary purely for information on your foe’s position is never worth it. You can however simulate everything you do, but in practice this isn’t as simple as it sometimes looks. You also have to play around the map you are given; you can’t simply jump over walls or windows, and sometimes you even have to remove some pellets before you can move through an opening. Basically not factoring in an escape route can leave a trapped mercenary waiting to die, so keep all your flanks and routes covered.

Despite the game being very focused on its competitive aspect, the population online is still low. Playing from an EU time zone, I sometimes had problems finding an online match. For a game so heavily focused on its gameplay against other actual people, its a shame to have less fun because of it. The many challenges you can play are fun, but after doing them you will probably never look back to them ever again. And playing against the AI also grows old and unfortunately this is something that has plagued the game for a while. Despite having launched, the game still needs its multiplayer to thrive and right now it unfortunately doesn’t.

TASTEE Lethal Tactics is a lot of fun. The game play aspect of this strategy game is actually really solid. With that said it’s unfortunately a big problem that not a lot of people are currently playing the game. I hoped that launch on Steam would have fixed this but unfortunately its best to pick the game up with some friends to play each other in custom matches. If you do have a group of people to play this game with, it is an absolute blast. But if you’re just like me having problems finding actual people to play with, then the game can get old really quickly. If you don’t mind playing the AI more than actual players, or are satisfied to march through the 30 missions for the price, then TASTEE is available for cheap enough to still be a solid buy.