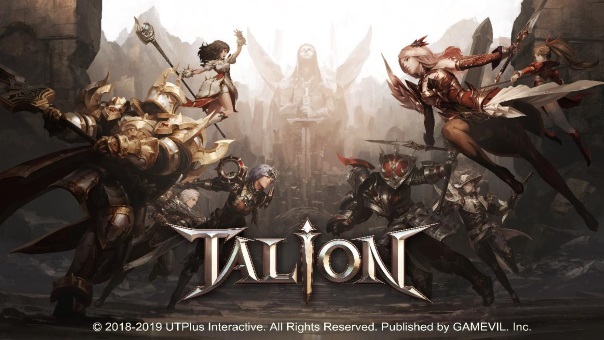 It’s pretty hard to stand out in the mobile MMO genre now because there are frankly so many of them. On a visual level, Talion definitely does that. It brings a fair amount of challenge and visual appeal, that’s for sure. I recently had some time to try the game early on a level 100 character(s) to get a peek at the game, to see just what I think of what’s on offer. At first, I was getting beat up no matter what I did, despite being on a level 100 with amazing gear, but once I leveled up my skills, things were a bit better. I was still getting away in group encounters with a sliver of HP, but that’s better than being absolutely clobbered and having to respawn. I’ll take my wins where I can get them. That is something that likely improves with more time to play and learn the game, but it definitely felt challenging.

One of the things I thought was interesting is my basic/auto attack ability had a meter that fills up, around the actual button. Once that filled up, I was given the option to use two attacks from a new list of abilities (four powers), and while I didn’t have time to look at them in the heat of battle, they all hit for a bunch of damage and definitely looked awesome. Combat felt good, and all of the attacks were satisfying across the characters I played, but one thing that certainly frustrated me was the camera. It would constantly zoom to weird positions, or if I was in the middle of a fight and I rotated it away from a tree, building or mountain, it would swivel right back into position so I couldn’t see what I was fighting. In a mobile MMO, it’s perhaps even more important to be aware of your enemies. Since most of these games feature an auto-battle, enemies have a lot more aoe/ground attacks to force people to pay attention. This game is no exception, but it does have a jump and a roll ability, so that’s handy at least.

Ahhh, yes. Here it is. Here’s the problem.

The world is gorgeous, and it’s pretty easy to traverse, but in addition to auto-walk, you can also get mounts to equip to ride around on. It looks like they use a shard system (you need x amount of shards of a pet to unlock it) because the one I got for free in my daily rewards was 50/50 for a mount. So that was a little unclear, but if that’s the case, it’s sorely disappointing. There isn’t a system I dislike more than shard systems in any game. But while that’s a letdown, it’s not as bad as the cash shop. Now, there is a currency for the shop, from completing achievements and in-game milestones (Rubies). You can get Premium Gear with this currency, and 1,000 Rubies will get you the 10+1 bundle. But (and there’s always a but), there’s the Supreme Gear, that can be bought with real money (Diamonds). The 10+1 bundle was fairly pricey, but it’s a sure way to get better gear. Is Premium Gear better than Supreme Gear? I have a feeling that it is not. This is doubly disconcerting since the game has a very strong lean towards PVP. If you’re in a Guild and fighting a Raid Boss, the opposing Alliance can show up and disrupt your efforts. PVP in general sounds very frustrating if people can just buy stronger gear to get ahead of their opponents.

This is a pretty big negative for me if I’m being honest. I’m not going to begrudge making a profit, because monetization is how the free-to-play system keeps in motion. But I’m not going to just shrug my shoulders at any MMO that lets players purchase better gear in lieu of earning it. Even worse if the game wants you to actively play and fight, especially if it has raids/dungeons/pvp. I wonder if they went this route, because the in-character models look very well-designed, and it would have been harder to make cosmetics for them. I can’t really say one way or another, but it’s not a model I agree with. I liked the actual gameplay, though, and running around, smashing things with my colossal hammer or sword felt very satisfying. I know there are people that don’t care about that kind of monetization, and that’s fine. But it’s not for me. If you can overlook the monetization (and many can), you’ll find a challenging mobile MMO with a good feel and a great look. But I’m afraid that’s something I cannot do.