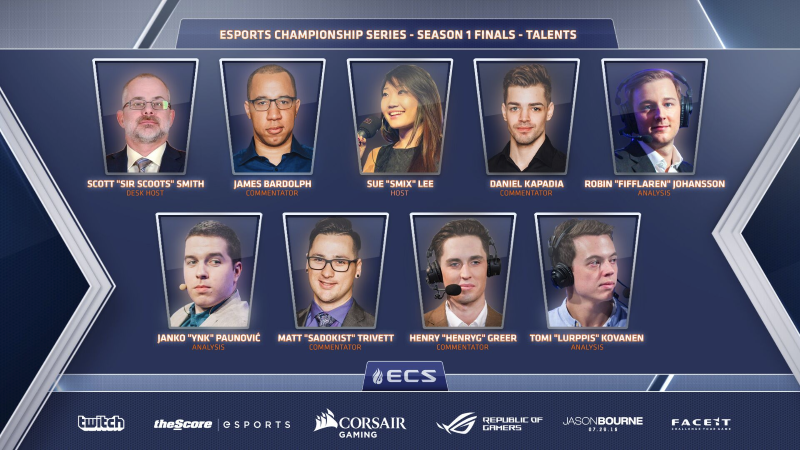 The finals for the Esports Championship Series will feature an all star talent line up, with years of experience in the Counter-Strike: Global Offensive world adding commentary, in depth analysis, masterful presenting and charm to epic matches between the greatest CS:GO teams in the world facing off at The SSE Arena, Wembley on June 24-26. Esports and CS:GO fans can experience commentary and analysis from James Bardolph, Daniel Kapadia, Matt Trivett, Henry Greer, Robin Johansson, Janko Paunovic, Tomi Kovanen and hosting from Scott Smith and Sue Lee live by purchasing tickets at the official event page, the official AXS website or just by watching the full three days on FACEIT’s official Twitch channel on 24-26 June, 2016.

Esports fans can find all things ECS on the official website, www.csgoleague.com. On the website, fans will have access to the league’s schedule, more information on the teams, current standings and match scores, along with ECS match replays.

For more information on the Esports Championship Series and the debut season of the ECS – Counter-Strike, please visit the new league website, www.csgoleague.com, or follow the ECS on Twitter.