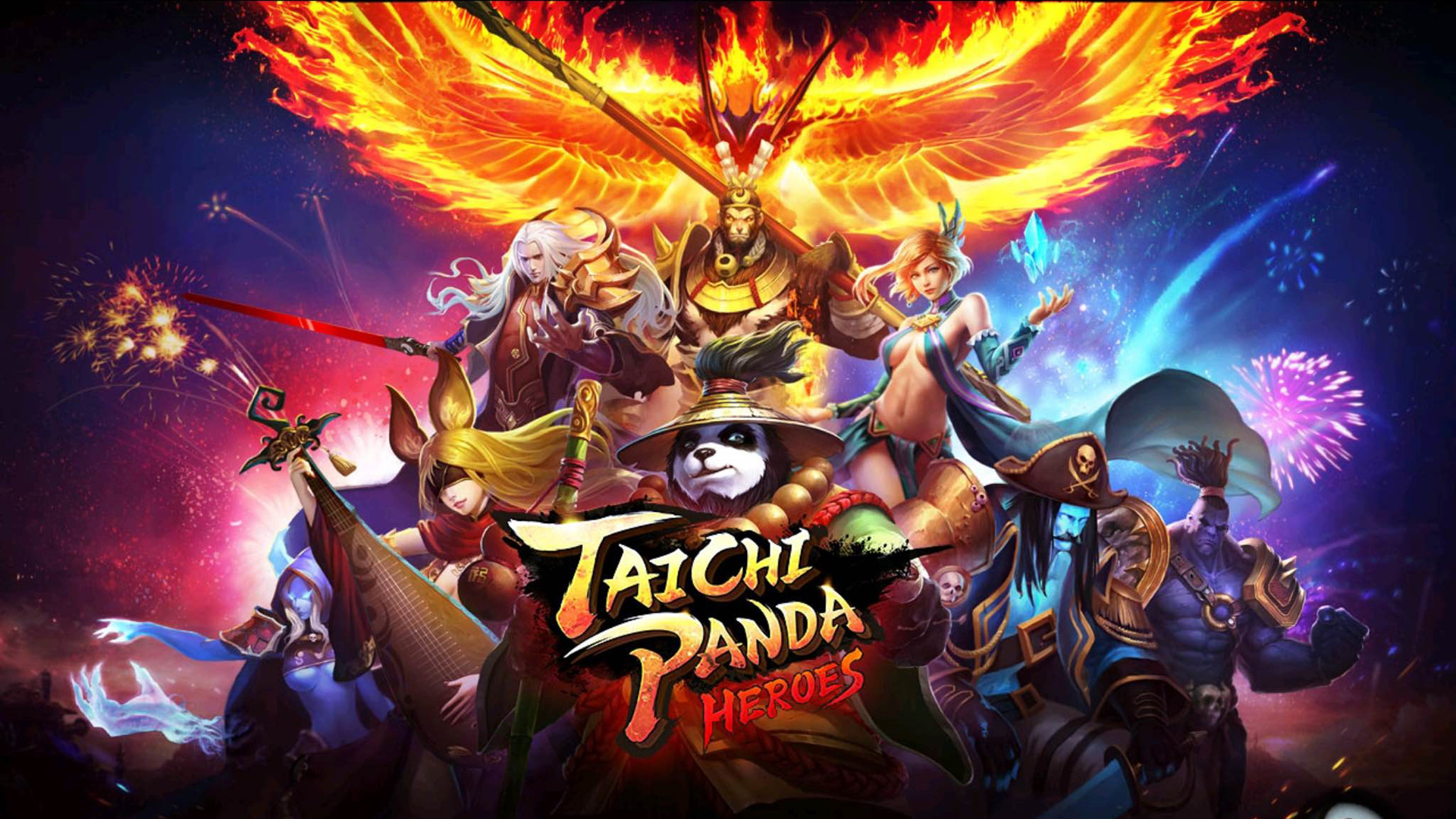 Online game sequels have always been a mixed bag, especially for mobile games that are almost always cheap cash-ins. However, in the few cases it’s been done right, it’s been done well. And that seems to be the case with Snail Game’s Taichi Panda sequel, Taichi Panda: Heroes.

Taichi Panda: Heroes is Snail Game’s latest offering to the Taichi Panda franchise for the Android and iOS. The game builds off the lore and characters of Taichi Panda and provides a different set of game features while sticking to its mobile action roots. 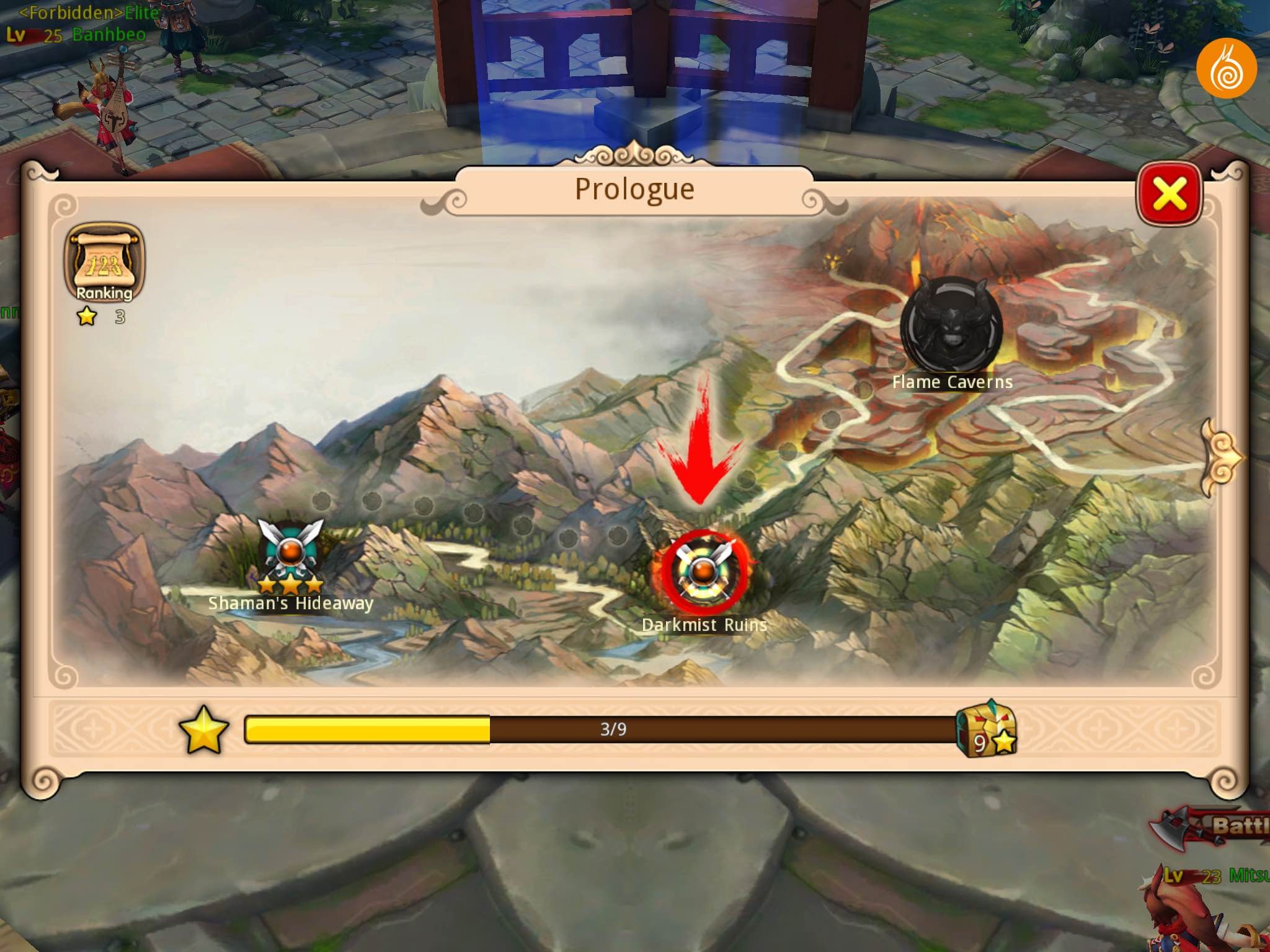 Taichi Panda: Heroes is a true-blue action mobile game sequel. The game has a dedicated virtual control schematic while it has a streamlined button system for attacks, active skills and even other gameplay features.

What sets Heroes apart from the original is the addition of the hero system. The system works as a support and alternate hero mechanic in Taichi Panda: Heroes. You can have two “main” heroes acting as supports. As support, these heroes provide added DPS and utility support to your main hero. They are unlockable by meeting the required amount of hero bits per character. These bits are earned either through rewards from quests or by getting them from the premium market.

Game progression on the other hand follows a main storyline quest that propels the narrative forward through a mix of cut scenes filled with this weird voice over (more on that later). Or text based expositions courtesy of NPCs. The game also has a daily quest system that focuses on the, as per usual, killing and fetching quest to add to the game’s ongoing main story quest.

The game also has a pathfinding system in place to help you take your character to quest areas and locations. The pathfinding system can also be partnered with the automated hero system so that you can have your hero quest in-game while you do other, non-tablet related things. 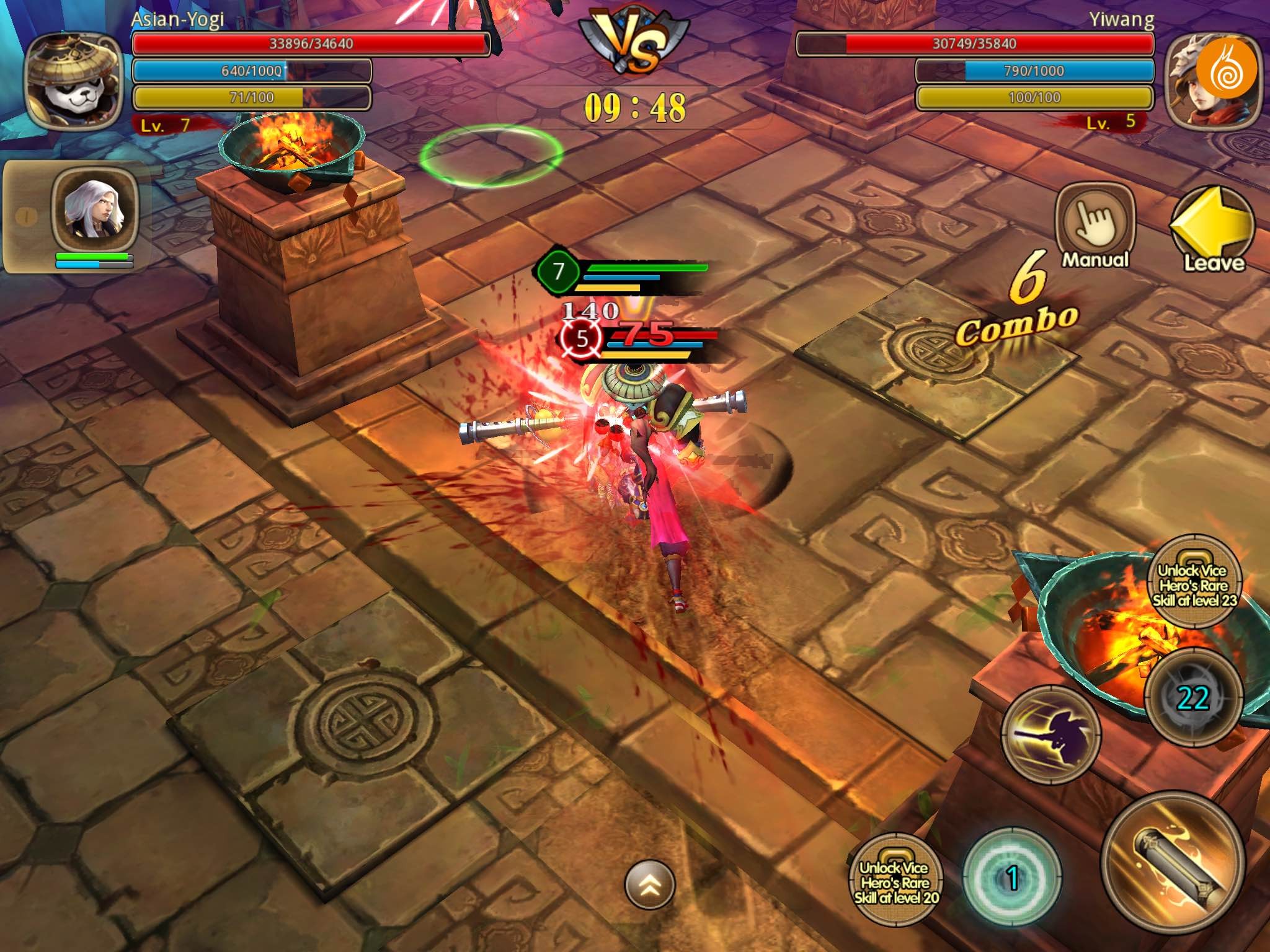 If you liked Taichi Panda PvP, there's more tactics involved here. Though late game it can get stacked against you by raw power.

The hero system feature not only affects the game’s PvE elements but also its PvP system.

Your other heroes work the same way in PvP as they work on PvE. They provide you cover fire and utility support as your oppoent’s heroes do the same.

The inclusion of the added heroes to your roster significantly impact how PvP plays out. The balance scaling is scaled in favor for those who have invested financially, especially in the higher levels of PvP. So if you want to really dominate in the arena, you will be forced to shell out. Think Marvel vs Capcom if the good characters were locked behind a paywall.

Heroes adds a bit more of a dimension in traveling in-game as well. You can either go through the usual instanced dungeons completing quests, or simply travel outside of towns to explore.

These global maps allow you to accomplish the daily quests. You also get to interact with other players as you go through these maps as well. 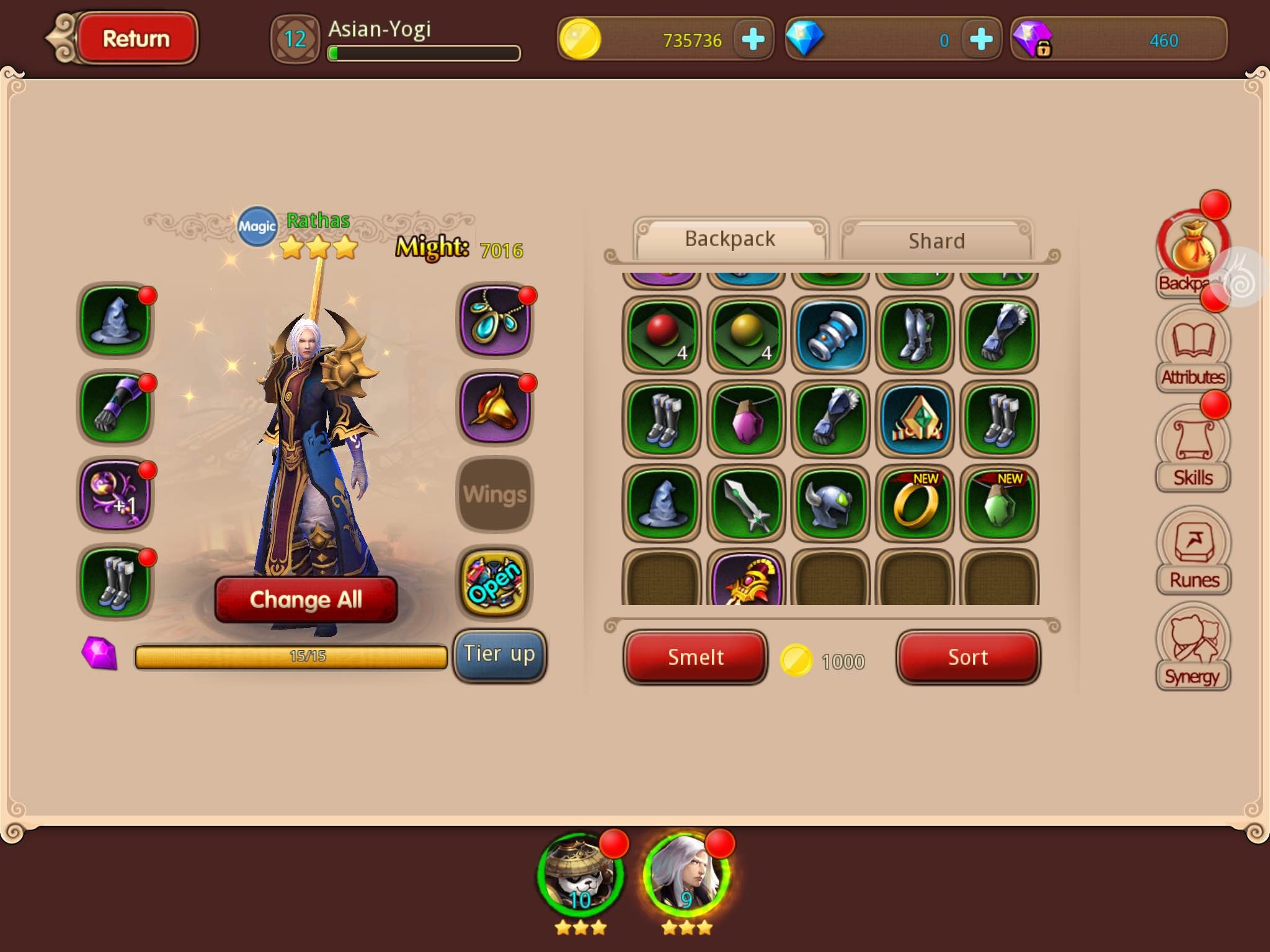 Characters will all look alike. What can you expect from a mobile game?

Since Heroes removes the viability of focusing on a single hero for the duration of the game, other elements of gameplay had to be changed to adjust. Now there are more diverse means of acquiring and allocating resources to your heroes. Granted you will still rarely have as much as you wish for (outside of serious cash shopping), so get ready to make the tough decisions of who to invest in and when.

Developing these heroes in Taichi Panda: Heroes basically just follows the process of how to develop other characters in similar titles. This comes down to questing to acquire equipment that you will either use, or transform into expendable items that boost a character’s stats. Acquiring gold is another route to improvement as you can spend gold to directly improve a hero’s stats manually.

Character improvement of other heroes mirrors the concurrent main hero improvement system. But, not every hero uses the same equipment your main hero has so at least there’s a bit of diversity in the equipment you aim to get to improve the heroes in your roster.

If there’s one glaring flaw in Taichi Panda: Heroes, it would be its really terrible choices in the voice acting. It’s not that the voice actors are bad per se. In fact I am surprised with the decent voice acting quality in-game. The problem is that the cut scene voice’s don’t match the character they are voicing! The difference is more prominently heard in-game, especially whenever your character attacks and you can hear a totally different voice in the sfx grunts. 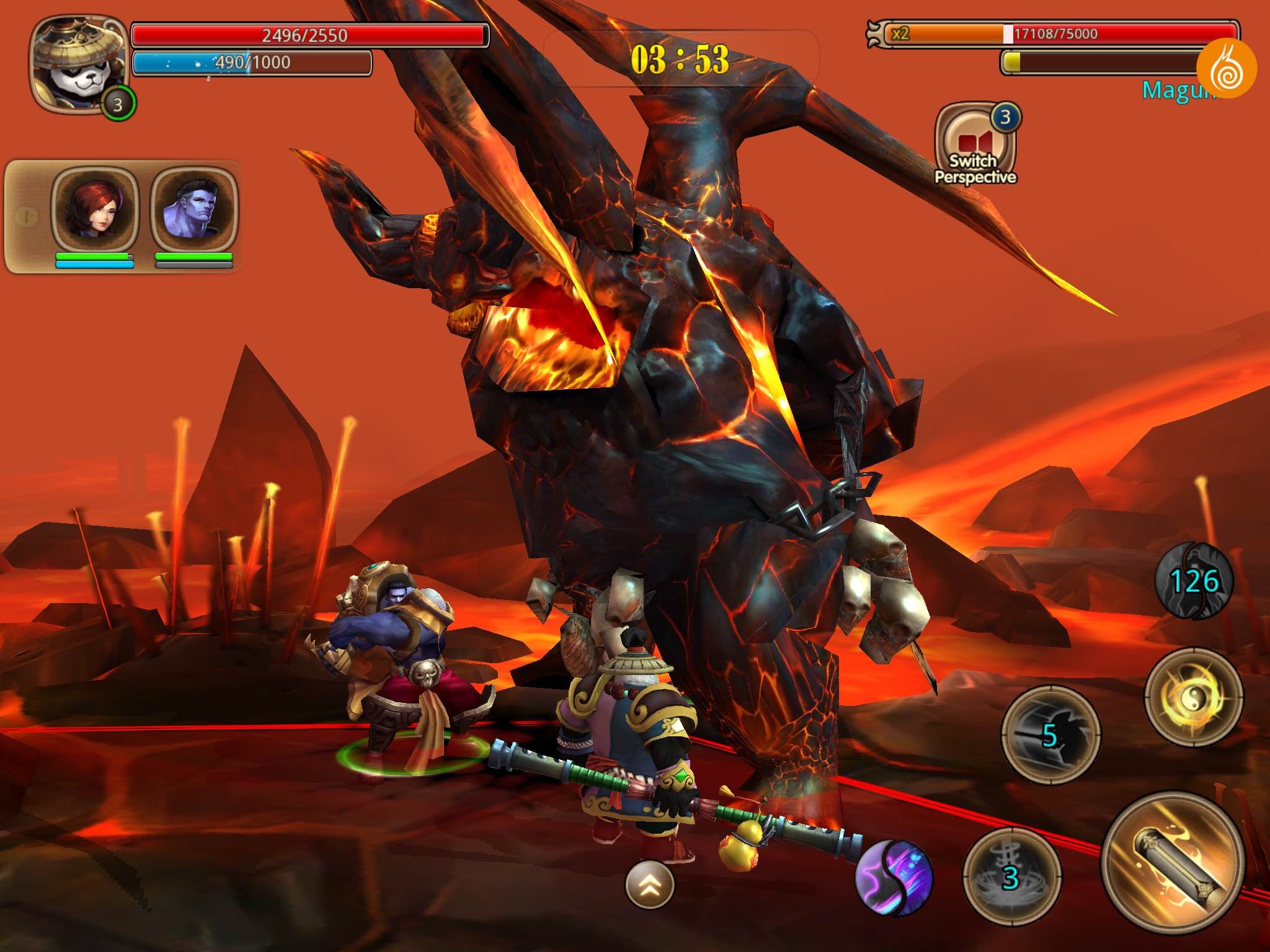 The dev team behind Taichi Panda: Heroes seemingly went in with If it ain't broke, don't fix it mentality.

Taichi Panda: Heroes is a refreshing update on the Taichi Panda title. It provides a bit more visual pow than its predecessor with more gameplay options to boot. Heroes is the grittier, bloodier brother of Taichi Panda amidst the trademark colorful and pallet heavy backdrop.

Thing is, even with the beautiful visuals and expanded hero roster, the poor customization options of the original remains just as bad. Basically if you don’t like the looks of the heroes, you’ll just have to deal with it, looking more or less like every other kung fu panda on the block. My dream of a true battle hardened and scarred Pan Da warrior is slashed and burned by the psychedelic looking heroes that populate Taichi Panda: Heroes. That’s a personal gripe though as I’m sure plenty of players will dig the standard looks of the heroes.

On the other hand, Taichi Panda: Heroes truly shines in its game design and interface. They’re clearly a staircase above the comparable competition on the mobile front. It’s just so clean and uncluttered that other titles look amateur at first glance. Everything is easy to tap, responsive to touch, and there is little ambiguity in what buttons visually do what.

However, looking at Heroes as a whole. The game just rehashes what Taichi Panda brought in. And if you have no prior knowledge to the franchise, what you’ll be getting is just a reworked version of a mobile fighting game. It is undoubtedly well made, but still a generic one nonetheless.

With that said, if you haven’t burnt yourself out on the original Taichi Panda and are coming into Taichi Panda: Heroes fresh, you can rest assured you are playing one of the better mobile fighters on the market. Once player feedback starts driving Snail Games to provide requested improvements in open beta, I’m sure Taichi Panda: Heroes will be a great time killer when on the go.