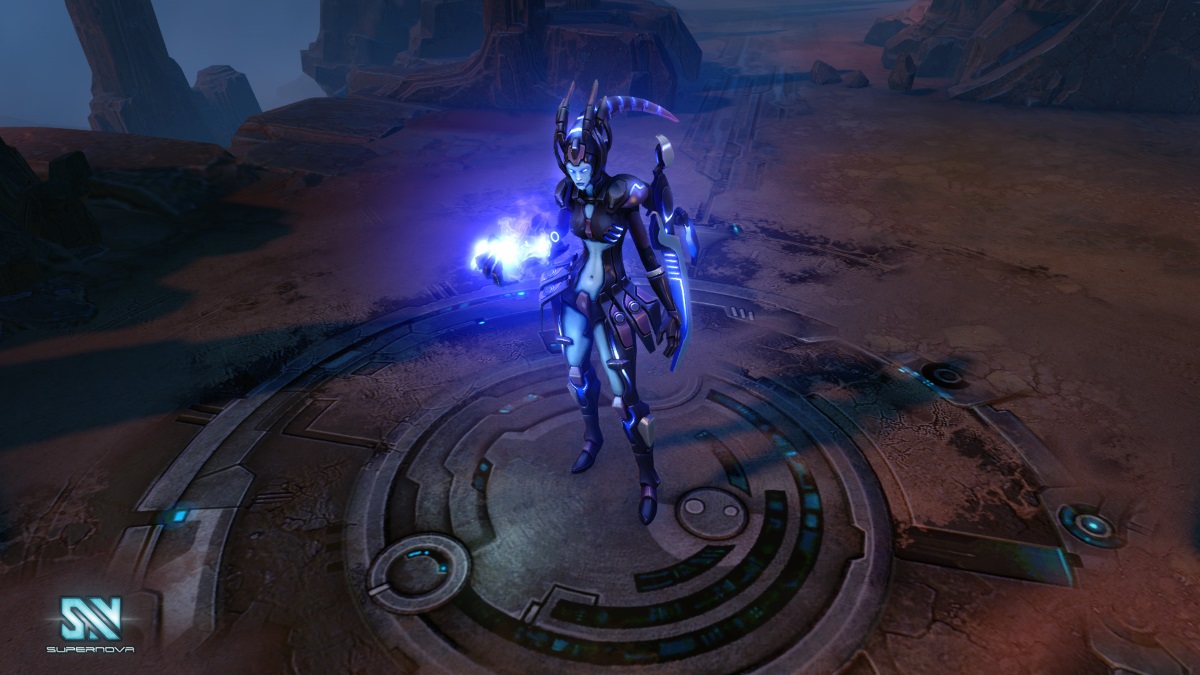 Nyx is a shapeshifting demon succubus who comes from the mechanized hell dimension, Cybbadon, and is seeking revenge on the Lords of Cybbadon for being banished after an unsuccessful coup d’etat. Nyx is a Ranged Caster/Melee Brawler, and she clutches the vital essentials to terrifyingly annihilate her enemies in battle. Nyx also has the ability to seduce her opponents, causing them to move towards her at half their normal speed.

Other features introduced in the Supernova Alpha 5 phase include improved tutorials, which now guide players on using masteries, achieving Supremacy, selling units, and improving their units with technologies. Additionally, a new Alpha Alliance ability has been added, which increases movement speed for players’ units. Players can also chat with allies and opponents following matches in the “Game Results” window.