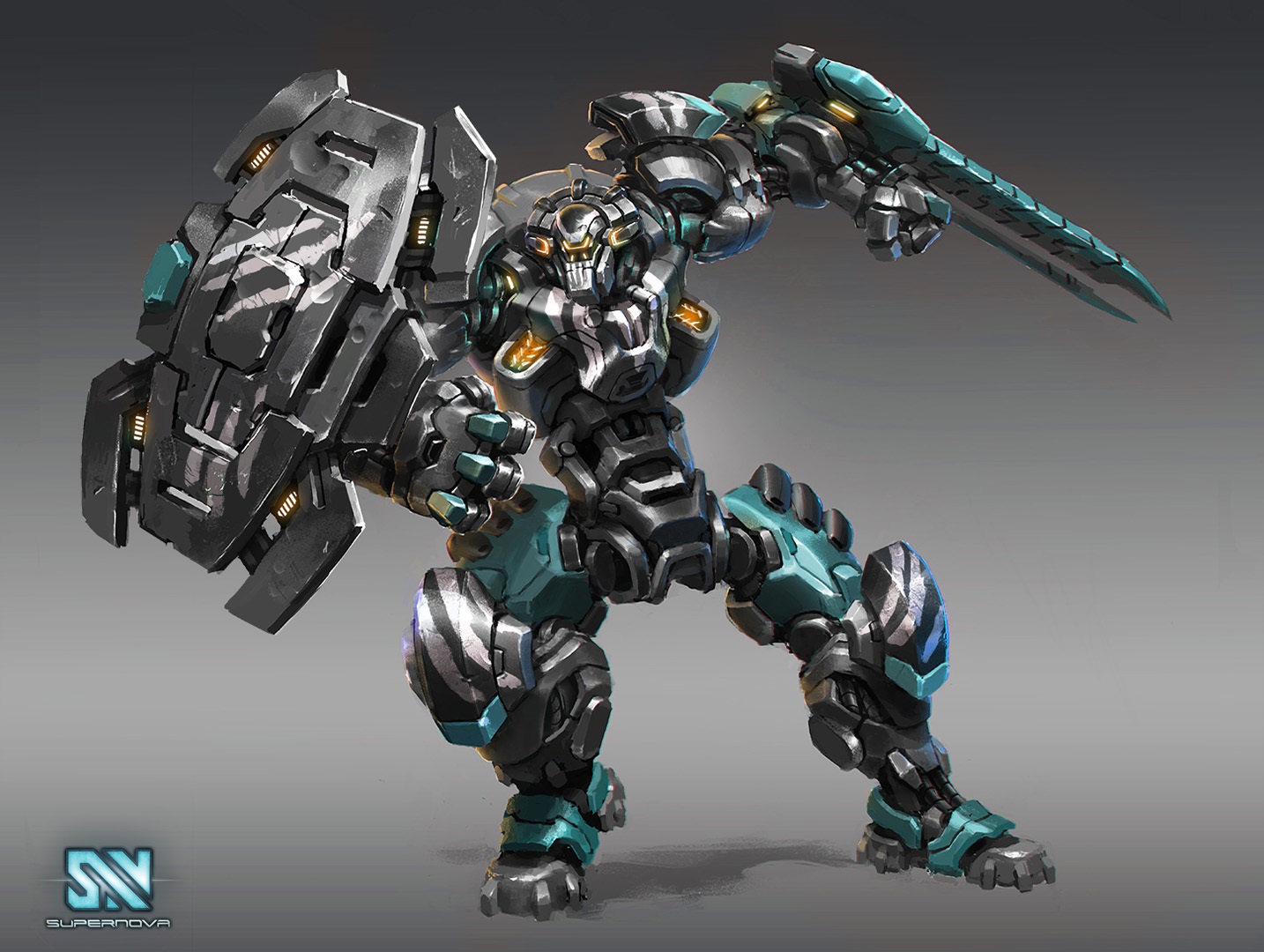 Battle Robot Operations was a private company started for the sole purpose of selling robotic defense units during the Gliesan Civil War. One of their least popular models was the GTL-360, a mid to close range unit with a powerful, arm mounted sword. Soon, the company was forced to close, and Battle Robot Operations units everywhere were discarded for newer, better models. Sometime later, a discarded GTL-360 unit rebooted itself and awoke on the junkyard moon of Carrion. Unable to recall anything about its past or its purpose, the robot’s only clue was a branding of letters on the inside of its arm, which it took to be its name: B.R.O.

In his search to discover his purpose, B.R.O. found a pre-recorded human hologram datastem from the Lunacy Ninety Day Workout Program who yelled, “Are you ready to find the REAL you, bro?!” Ecstatic that the human knew him by name, B.R.O. became a dedicated disciple of his teacher’s program for over 40 years until he was picked up by a group of scavengers.

Closed Beta for Supernova begins on July 23, 2015. To sign up for closed beta, visit www.supernovagame.com.