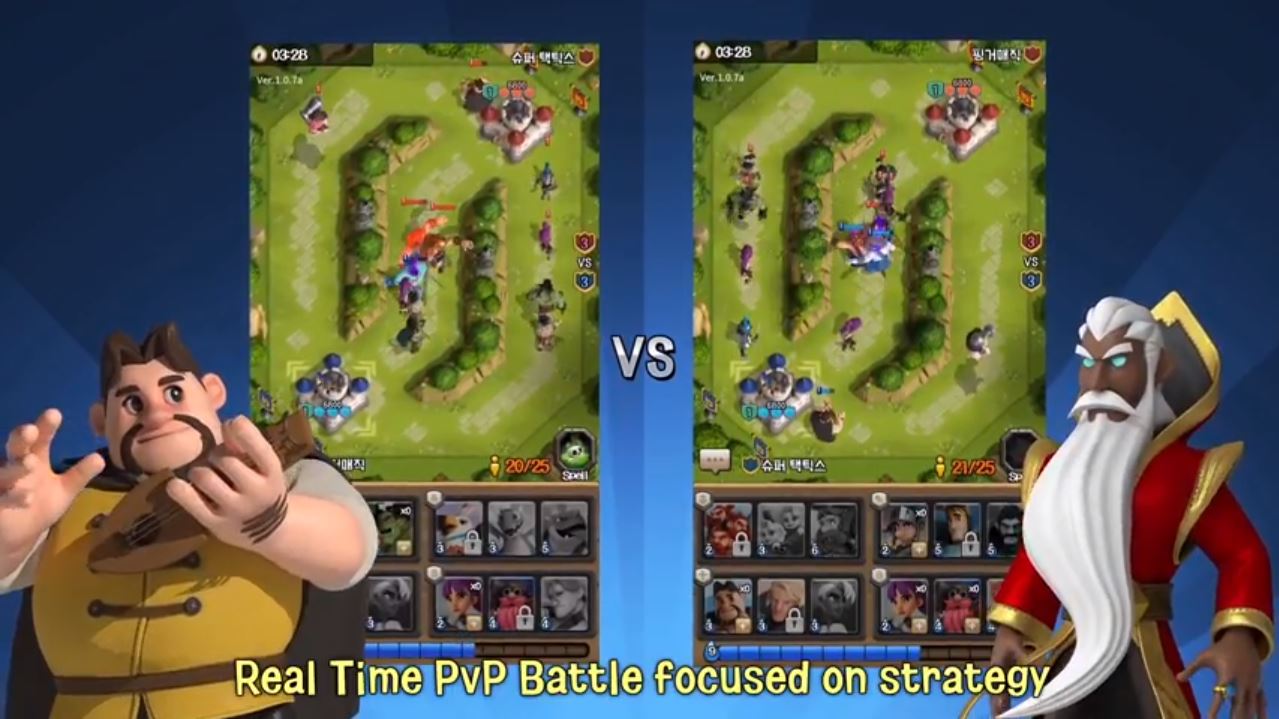 FingerMagic has confirmed that global launch for their RTS game, Super Tactics: Real Time Battle is coming! They aim to stand out among mobile RTS titles with their greatest advantage being that users can enjoy different game features from resource management, unlit limit management, a tech tree, neutral monsters and a fog of war. First of all, limitations are given in producing resources (mana) and training units. The users choose their own tech tree and train units to battle against opponents. They can also hunt neutral monsters which appear during battles, and collect spells. By using these spells strategically, the users may change the outcome of the battle. In addition, various game modes are also provided, such as real-time 1vs1 PvP, 2vs2 PvP and Stage Mode.

A FingerMagic representative said, “’Super Tactics’ offers diverse battles and the freedom of letting the users deploy as many units as they want at any time. With different kinds of strategies like initial sudden attacks, dropping units and leaping rushes, the game will make the users feel the excitement.”