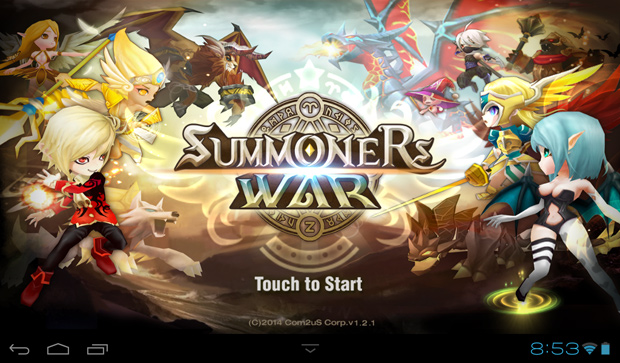 Monster collecting games these days are a dime-a-dozen. You see them all the time in all the app stores, ranging from trading card game formats to fandom tie-ins to blatant Pokémon clones.

Point is, the genre is pretty much saturated, and there really isn’t that much variety to pick from. In the world of free-mium games, you can only really count on them being so-and-so decent time-wasters with not much individuality (if they did, then whoever made them would be charging for it). The only real difference is how the package looks. 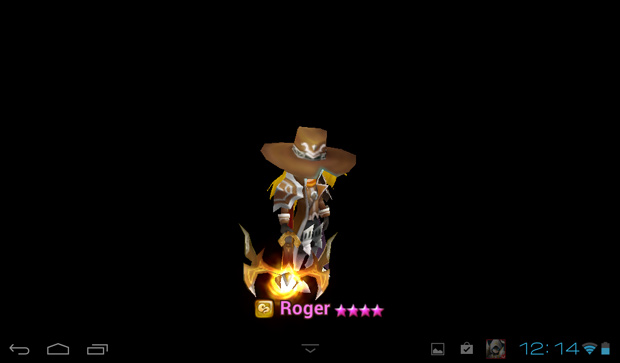 So then it goes that when you throw a stone into the app store it, whatever you hit comes out roughly the same as the next, right? Well, every now and then, you chance upon a game that’s actually really crazy good (at least compared to everything else in its field). Despite all the usual things similar in all things free-mium and monster collecting, Summoners War: Sky Arena gives something a little extra.

Not to be confused with the card game Summoner Wars, Sky Arena features considerably superior graphics and production value, and tight core mechanics to go along with the staple unit collection mechanics and online arena warfare – all while remaining free-to-play, with in-game purchases.

It has much in common with another popular battle collection app, Brave Frontier, which puts the player in the role of a summoner who calls forth various creatures from the game’s library to perform tasks. 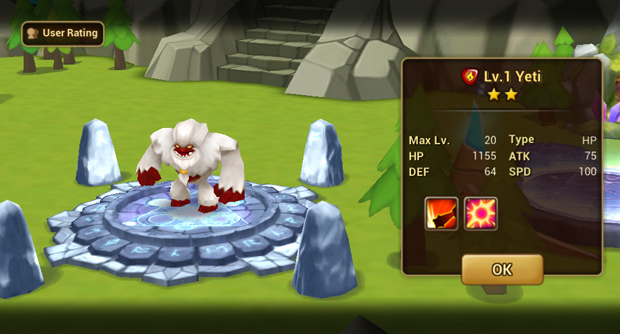 Single player gaming follows a mediocre and linear storyline to give the notion of progress and development as it takes the player from one map to the next, presenting the game’s wide variety of monsters in continuous combat. There are also optional dungeons available for the purposes of grinding, levelling and increasing your summon collection.

Battle is reminiscent of classic console RPG styles wherein each unit, your team and the enemy’s, follow a turn-based system ruled by their respective speed stats. Each unit has at least two available commands to use during their turn – one is the basic attack (which sometimes have additional effects, depending on the monster) and their special skills (which have recovery time, adding the element of strategic planning) 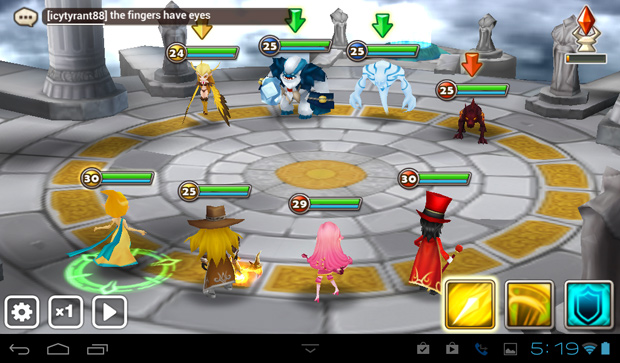 The ever popular elemental advantage system is also present. So far, there are five elemental types available in game: Fire, Water, Wind, Light and Dark. The first three follow the rock-paper-scissors rule, while the latter trump each other up. Certain attacks can cause status effects – some of which are unique, or at least, rare in the RPG genre, like making units unable to be healed, or dealing damage proportionate to one’s health (think gravity magic from the FF series). 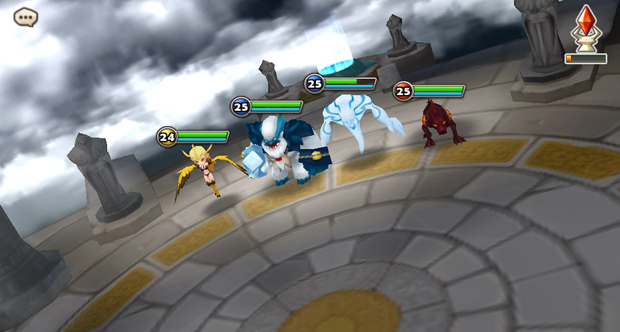 In a turn-based game where skills have recovery time and must be rationed and timed strategically, all these features mesh perfectly to give players tactical challenges. There’s also the lazy boy option of auto-battling for those non-tactical level grinding battles. It also comes with a fast forward option that speeds up battle sequences up to three times.

The game’s something something

One unique thing about Summoners War is that the monster compendium isn’t really that expansive. Instead of the usual scheme of having hundreds of different unique units that evolve into pallet swaps of themselves. 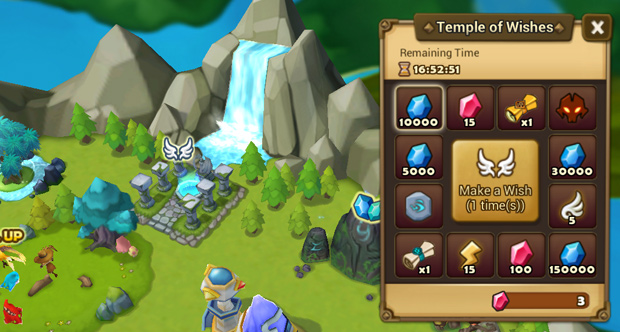 Sky Arena has a small selection of monsters, each available in five different flavors – one for each elemental type. Each variant has its own special skills and stats and each awakens into a highly specialized unique unit. 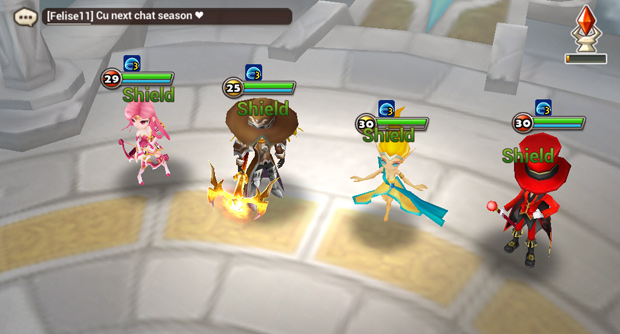 A Fire-type Fairy, for example, does not just have a different elemental alignment than a Water-Type Fairy, even if they do share similar base stats. A Fire-type specializes in multi-target stunting attacks, while the Water-one concentrates on being a healing tank, and awakening (or special evolving) either creates a higher form of the said monster that specializes in different roles. 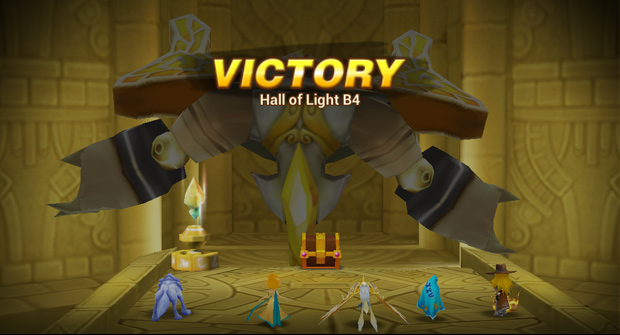 Some elemental variants may seem more popular or superior than the others but it all really depends on your party formation and what you need to pull off as a team. Rarity also comes into play here as monsters are available from 1 to 6 stars – the more stars they have, the more powerful they are. 1-2 stars are basically just fodder for evolution, but if you like a monster well enough, any 3-star or higher can be evolved and awakened to a full 6-star monster.

Monsters fall into different roles as well, such as attackers, tankers, supporters, and defense. This is determined by the monster’s skills and stats, and in order to build a formidable squad, you’ll want to use power-up and evolve your monsters, or use the newly-introduced Monster Fusion feature. Finding and collecting new bases upon which you can build new, more powerful brawlers is undoubtedly one of the game’s most apparent charms. 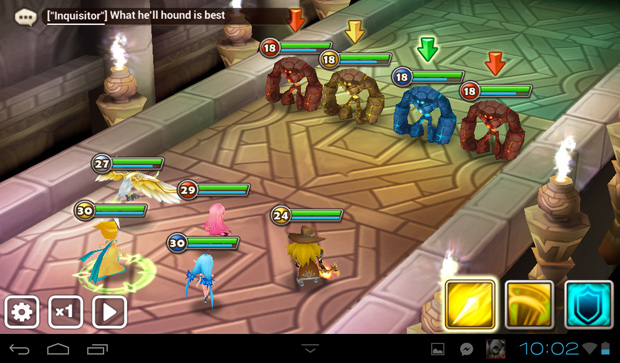 The one thing I really like about this game though is the presence of the player feedback page for each monster. For each type and variant, there is a comment thread wherein players leave tips and comments for the monsters in question, like which rune combinations are optimal and if it’s worth it to invest in maxing the monster at all. Sure there are a number of useless troll posts, but it’s a good sign that the community is very much alive, supportive and thriving. 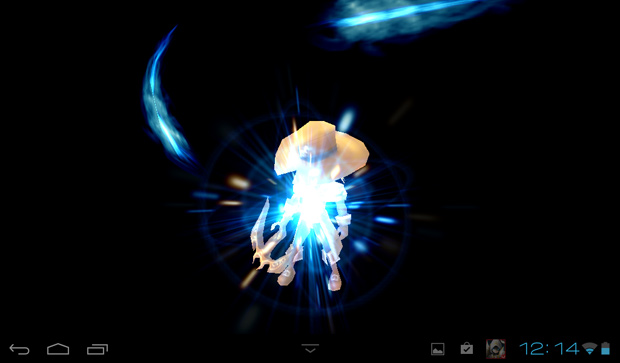 Almost all actions in the game raises player experience, which is needed to unlock further features in hometown (such as resource fusion and arena defense), but the main grind of the game is maxing out each of your monsters’ levels. 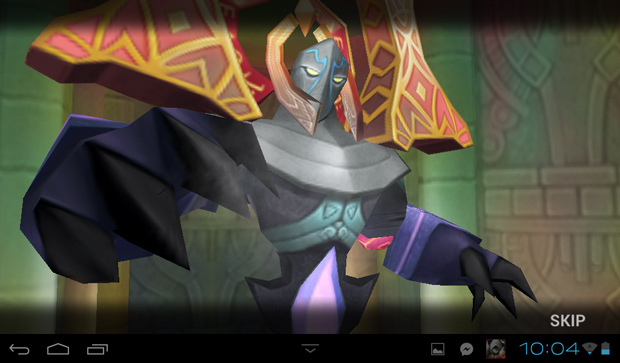 Optimizing your units follows a rune system. Runes are embeddable resources that increase your monsters’ stats. There are six slots for each monster to fill and each rune may be leveled and maxed as well. Certain sets of runes give bonus stats as well. There are a number of rune configurations available to the player for each monster and it’s totally up to him or her on how he or she optimizes them for strategic play. 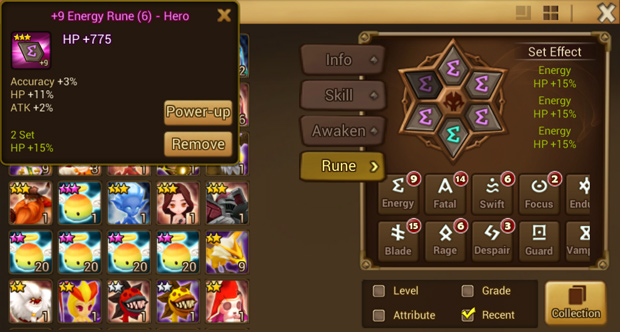 Finding runes is easy. For each rune slot and rune type, there is a corresponding map where you can farm those runes. This also increases the replay value of all maps, unlike most games where you are bound by practicality to grind in level-appropriate maps.

The look and feel of it though, I have to say, is top-notch – especially for a free-to-play app. The town and the dungeons are fully 3D. They have depth as the camera often moves around in battle. You can zoom and rotate the world, and you would see the amount of detail put into rendering each object – from the buildings to the trees and rocks and to the creatures themselves. 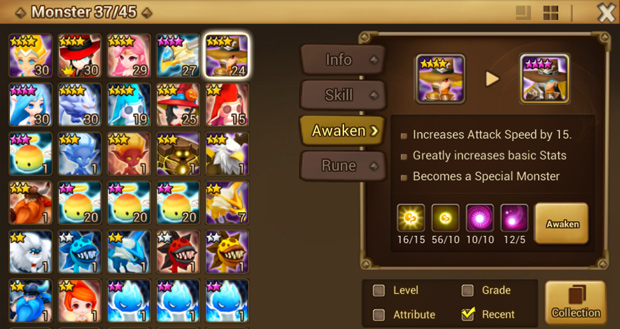 Each type of monster has their own set of unique animations in battle, in victory and in idle states. It also doesn’t hurt that every so often, you get dynamic camera movement when your unit performs a critical hit. It may give off a Dragon Nest-y vibe, especially the pre-boss fight cinematics, but that’s not necessarily a bad thing, right? Heck, this thing is free, and it’s all shiny and pretty. And it’s not just the aesthetics. Even with the usual action per energy system, there’s still a lot to do in this gem.

It’s very easy to boost energy recovery and the time you spend grinding in a dungeon is almost equal to your energy recovery time in the first place. So it’s quite easy to actually play this game nonstop. 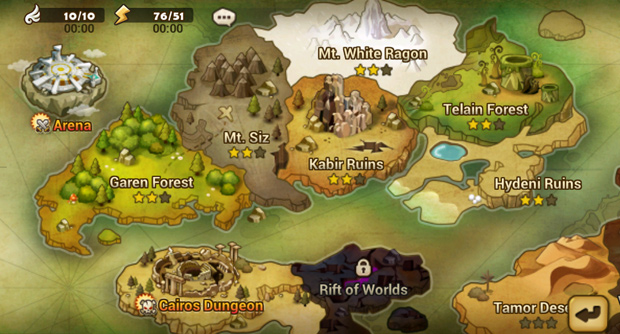 The system also gives out a lot of freebies every now and then. Aside from the usual free-mium promos, there’s an abundance of events wherein it’s easy to farm, or at least acquire, rare monsters, resources and extra exp. And the good thing about bonus exp is that you don’t have to worry about exceeding your energy limit. Even if you receive bonus +30 exp (which they often give) while on a full tank, your bonus will go over the quota, often giving you a legitimate improper fraction, just so the player won’t feel cheated out on a bonus. 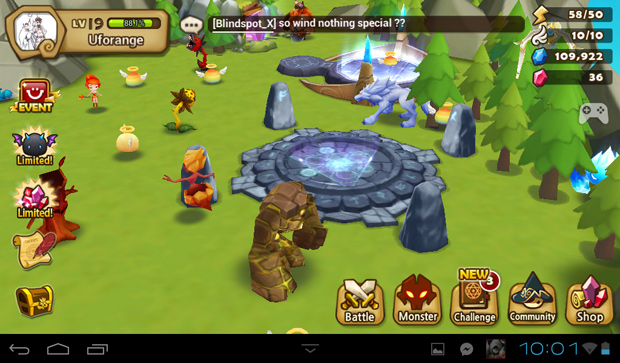 They also have the service of asking you to reconnect and resend battle results, which is quite rare for most online games. For some, the moment you lose connection, it’s an automatic loss, so it’s quite a nice touch in terms of service. 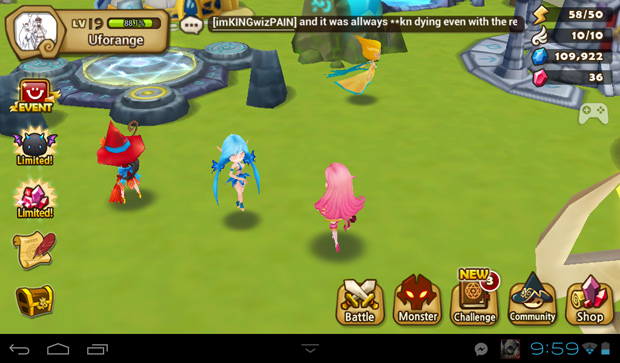 All in all, Summoners War: Sky Arena is a total win for me. What you have here is a class S time waster and more. I’d even be happy to spend real cash on it to enhance my experience, but in its freemium state, the game is already addictive and good enough to satisfy.

It’s well-polished and the system mechanics are tight, new and fun to figure out. So if you’ve got patience, a little bit of a tactician’s itch, and a strong desire to keep up with the grind, you’ll find that this title is worth downloading for keeps.