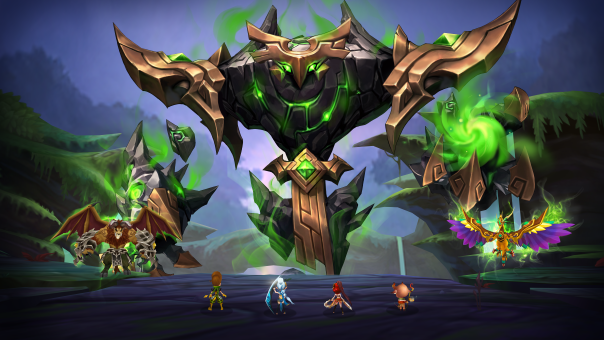 An ancient mystery lies at the heart of Summoners War‘s Dimension Hole, as well as two challenging dungeons. To celebrate the 5th anniversary, Com2uS will be launching the “Dimension Hole” update on June 13th, 2019. This update will change the game in a huge way, and introduce a wealth of new content to the game. Dimension Hole itself will house two dungeons with incredible bosses, but the rewards will be great. There will also be “Ancient” grade runes, gemstones and grindstones, so monsters can be upgraded to never-before-seen heights of strength. Ultra-powerful “Secondary Awakening” forms for War Bear, Inugami, Fairy and Pixie with massive stat boosts and new aggressive character art stances will also be available.

“Summoners War remains a shining example of how passionate communities can keep games alive for so long – five-years and running strong is a rare accomplishment in mobile gaming, and we have no one to thank for that honor except for our amazing fans,” said Kyu Lee, President of GAMEVIL Com2uS USA. “Our community motivates us to keep improving Summoners War and releasing sea change content such as the upcoming Dimension Hole update.”

Fans who missed the five-year anniversary bash can also be a part of the Summoners War celebration at any of GAMEVIL Com2uS USA’s upcoming stops on its Summoners War: Tour of Americas. Spanning four countries and eight cities, these completely free, “All About the community” events bring veterans and newcomers together to share in their love for Summoners War and gaming culture. These events fill up fast, so anyone hoping to attend a Tour of Americas party in any of the following cities should RSVP as soon as invites are being accepted: