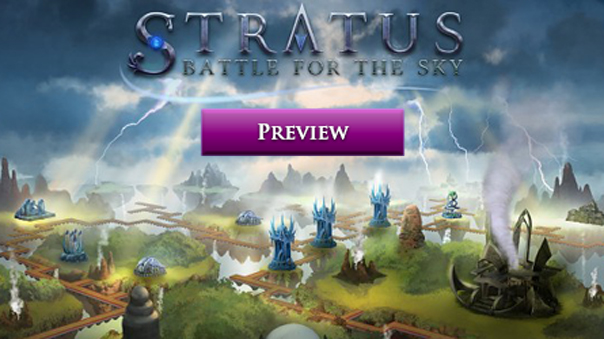 I wasn’t really playing RTS games in the 90s. I didn’t have access to a computer reliably, so the only times I really played RTS was when I was at a friend’s place who had Warcraft or Warcraft 2. When I found out about Stratus, I wasn’t familiar with the original game, the game its inspired by, Netstorm. I had to do a little research on that front. In that regard, they look incredibly similar. The premise of the game is simple; the actual work that you have to do is considerably more challenging. So what do you do? Your goal is to capture the enemy High Priest, and bring him back to your altar and sacrifice him to your God. Sounds easy right? Except the battles take place across islands floating in the sky. You have to build bridges to the other islands, structures to increase your power, to collect resources, and cannons and other combative structures to defend your territory. You join matches from a hub of floating islands, where you see IPs to connect to. From there you generate a match based on settings you can adjust, though the matches will always look different, and up to eight players can be in one match. I can only see that as absolute chaos, no matter how big the map would be. Sounds fun though! 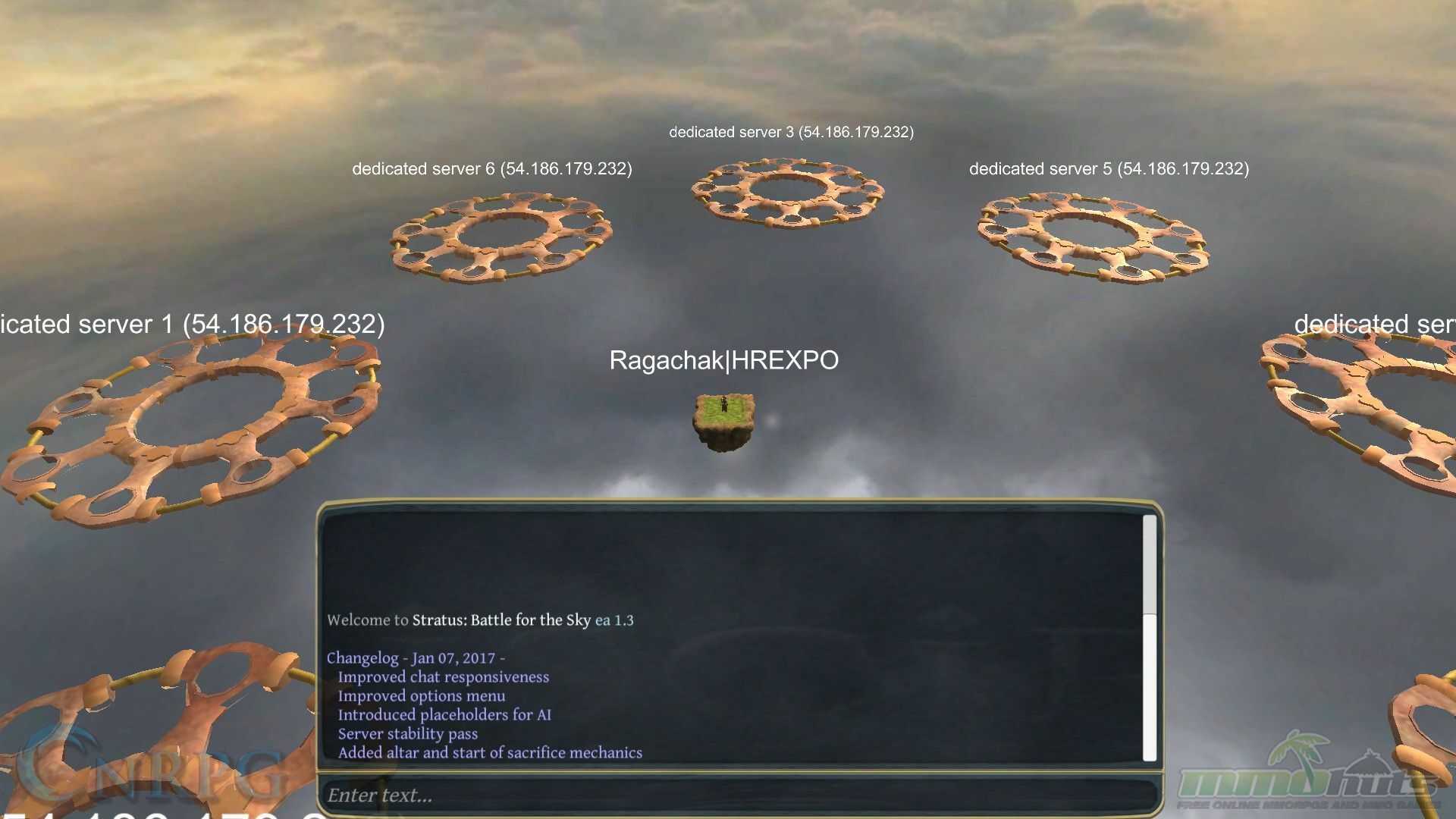 The game is still in a very early state, so a lot of the major mechanics have not been added yet, and that’s fine! This is an early first look after all. I talk a lot about how dangerous it is to reinvent the wheel, but this was a style of RTS that has been officially done before, though not anytime recently. Back in the Warcraft Era you had to build a road in order to construct buildings. Otherwise, houses simply couldn’t exist. I’ll spare you the details on how to play the game, because those could drastically change between now and then. But roads are important! That won’t be adjusted I’m sure. You have to build these roads across the islands, and are given certain pieces to work with [which change on a cooldown after using one], and you can only connect end pieces to other end pieces. However: Be very mindful of what the surroundings look like. You’ll want to zoom in [using middle mouse button] and look for hanging vines. You can’t build off of those, and you’ll want to think very fast. Your opponent isn’t going to wait for you to survey the area! Thankfully, they’re procedurally generated, so it’s always going to be random. 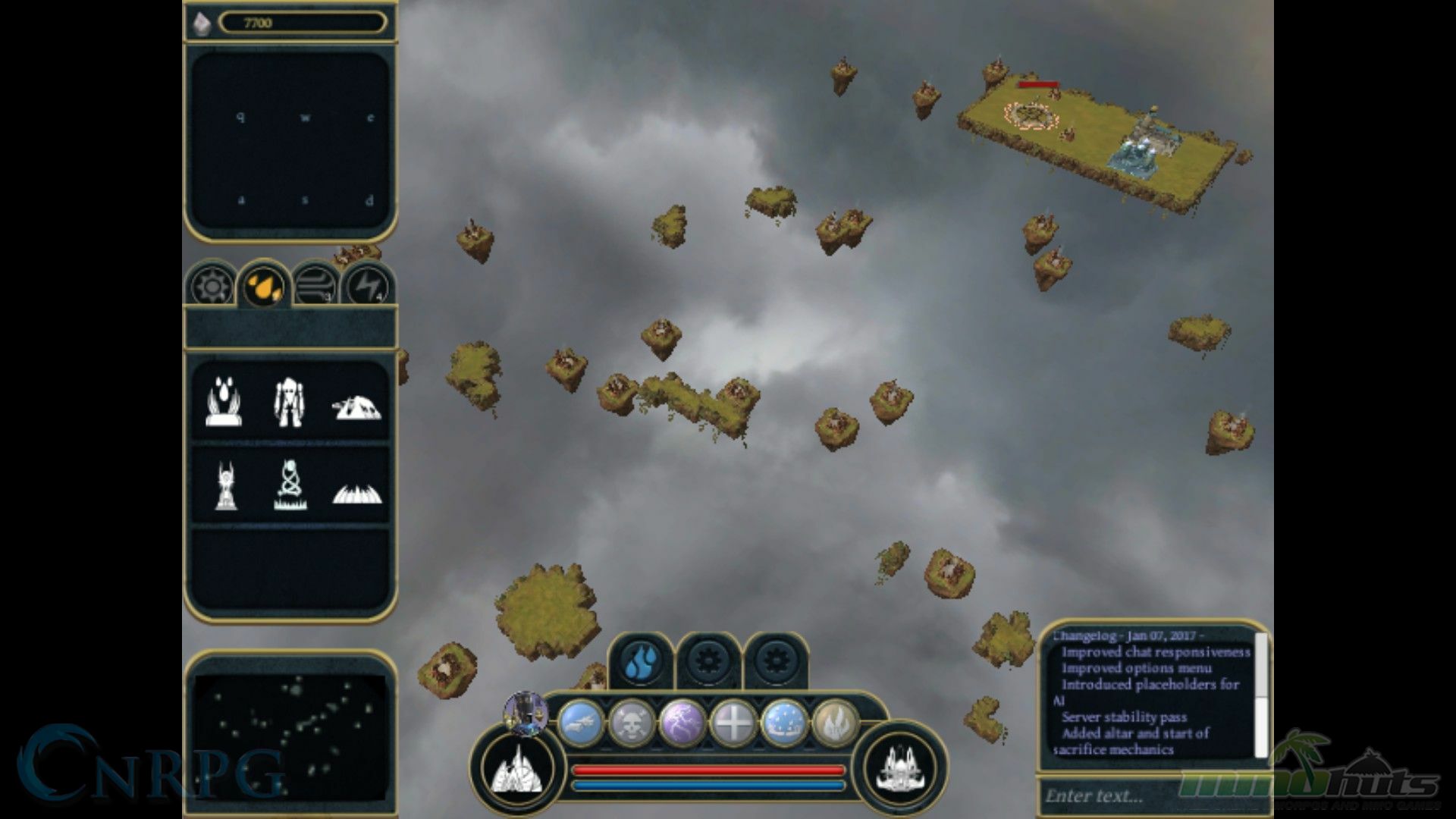 One of the other things I think is interesting is it has very few moving parts! You won’t be summoning hordes of zerglings or marines to batter down an enemy base. You have your Priest, and will probably summon one of a few attacking creatures, and building connections to islands to set up defensive structures like cannons. Speaking of cannons, you must be mindful of what direction you put most of your buildings down. Cannons as an example, will only fire in the direction you placed them, so if you point it away from the enemy, it’s a waste that can’t be undone. This is ultimately a game that throws a lot at you in a very simple display. It looks simple, but players who can think about their path faster and are more mindful of their surroundings will definitely have an advantage. It looks very plain, very ordinary, until you zoom in. Holy damn, the game is gorgeous! But you’ll want to keep it zoomed out most of the time to see what’s going on as far around you as you can. 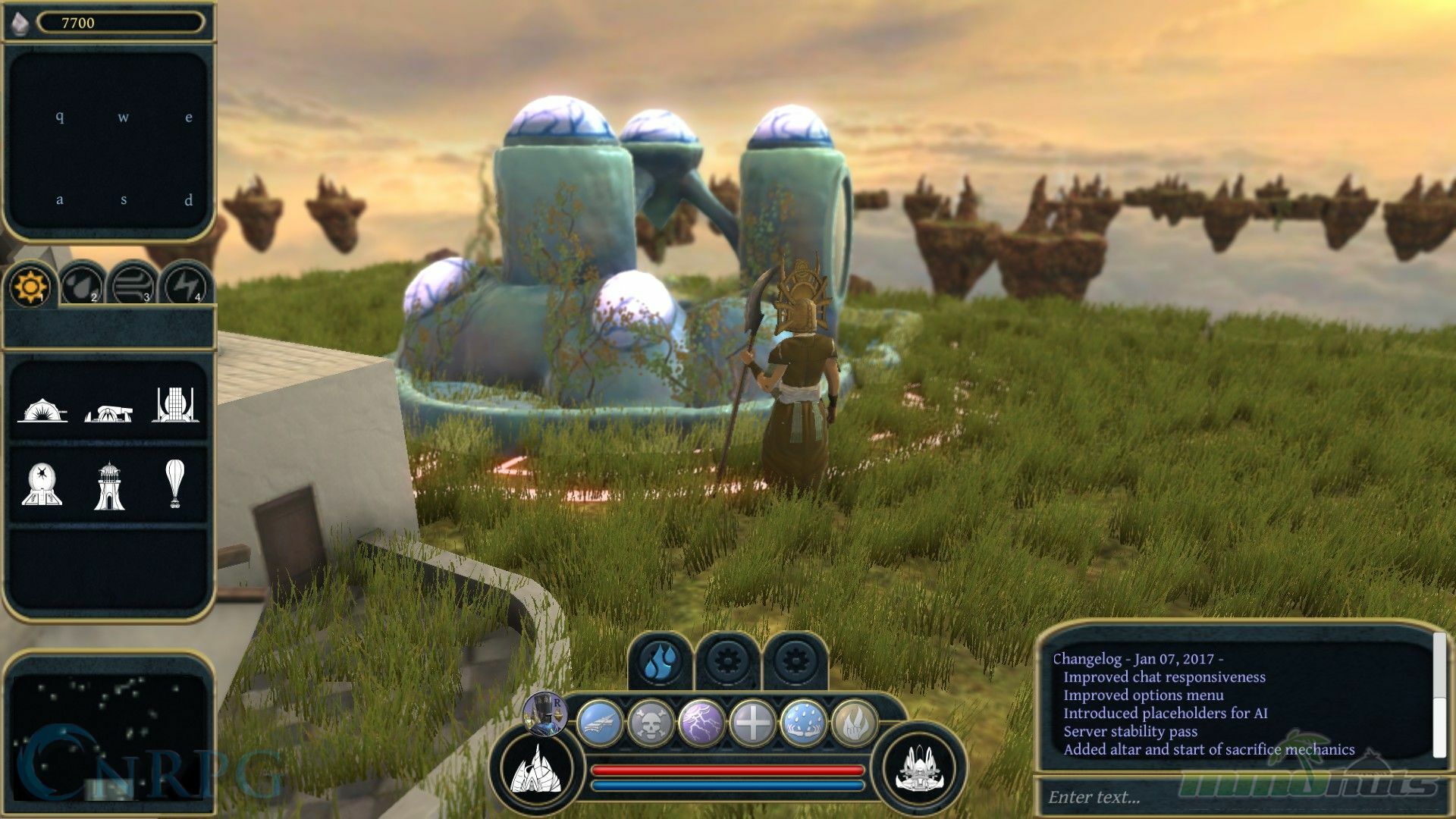 Sequel or Not: Still Hype!

I had a fairly hard time finding matches, but that’s mostly due to my playtimes. But what I did play I adored. I’m not great at RTS, mediocre at best. But it’s a concept that hasn’t been done in a very long time. NetStorm: Islands at War is a game I have not played but am familiar with, and I do feel like Stratus makes a fantastic spiritual successor [though originally slated to be an actual sequel]. I would like to have AI matches in the alpha/beta testing phases, but I can’t imagine how that would even work – to create AI for this style of game that is. There are some things that make it more challenging, which will only be fixed with time. I’m waiting on tooltips, and a better zoom in/out. That is one thing that got very frustrating very quickly, and that’s zooming/spinning. All being built around the middle mouse button and then moving your mouse? It’s incredibly vexing. Again, I’m witholding all major criticism because it’s very much in an Alpha State, but I’m of the opinion that Stratus: Battle for the Sky is going to be a stand-out RTS because it’s doing something no other game is doing right now. It’s hard to stand out among the sea of RTS/Strategy games in general, but I think that Stratus is doing just that. Even if I did lose every single time I played, I had fun! It really challenged me to think in new ways to get to the other players High Priest.