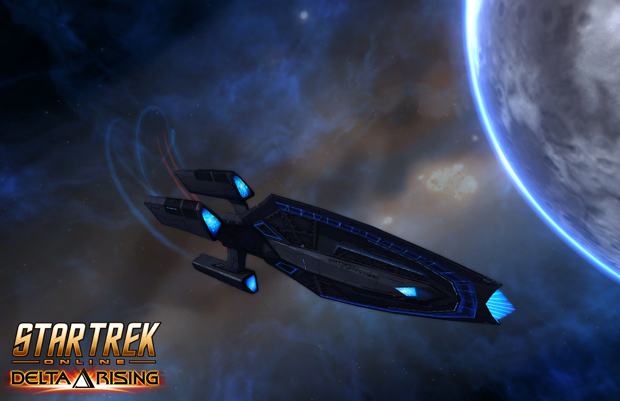 October 14th marks the release of the latest expansion for Star Trek Online: Delta Rising! As obvious by the title, this new content will take players into the Delta Quadrant and will feature what made the Delta Quadrant so fascinating: Voyager. Boasting five of the original cast to record dialogue for the game, the feel and look of this expansion is truly accurate to the IP. From Harry Kim to Seven-of-Nine, fans of the Voyager franchise will find something that appeals to them in this upcoming expansion. There are tons of new missions, gameplay updates and even brand new species to add to the already burgeoning Delta Quadrant of space. The developers were kind enough to take me through some of the new missions and storylines and show off some of the experiences that will make the expansion worth everyone’s time. 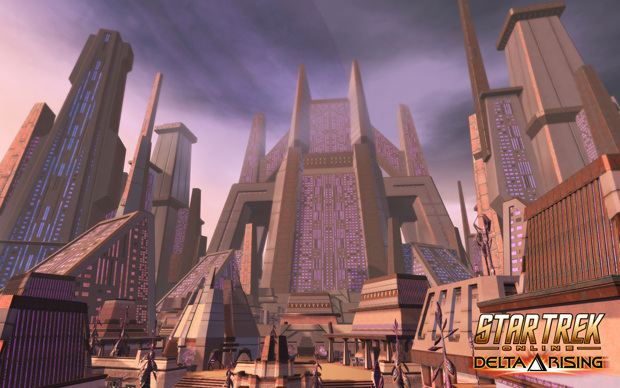 I am personally pretty new to the Star Trek Online experience but I am in no way unfamiliar with the universe itself. The Voyager itself is beautiful, and the worlds are incredibly well designed. From the level increase (50-60), interesting stealth gameplay for Intelligence Officers, to the Tier 6 ships, there’s lots of new spread out for just about everyone to enjoy. Lore hounds on the other hand can look forward to the Federation’s dealings against the dread Vaadwaur forces, ensuring plenty of tension, drama, and fun for players new and old. The Vaadwaur are a powerful, mysterious force plaguing the Delta Quadrant. Their combination of superior technology and military tactics honed since ancient times make them a perplexing entity on the grand stage. There is a great deal of hand-created content resembling the IP of Star Trek; the details are nice, the areas are very easy to become immersed in. I am really impressed with the work put into the Delta Quadrant. 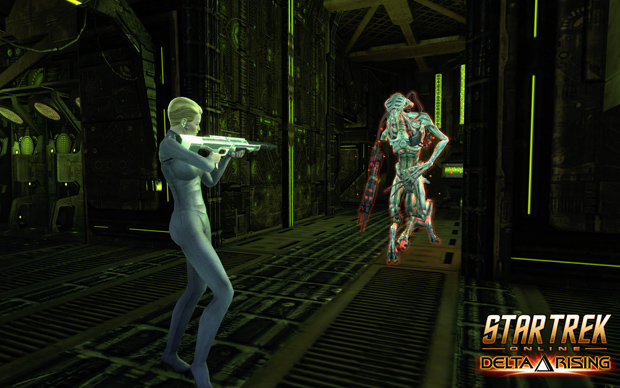 This is more than just a level-cap increase. The developers of STO have on offer new ships in the Tier 6 crafts. At the same time you can level your equipment (up to 14 from 12) using Technology Points; there is now a chance to upgrade not only the tier level but the quality level! Depending on circumstances there is a chance to go from rare to epic on your equipment as you upgrade which would be a pretty amazing thing to see for anyone.

Many systems are being changed, including the ships themselves. The Captain Specialization tree is a great new addition to your ships, creating a talent tree similar to what one might find in another MMO such as World of Warcraft. These trees are passive abilities, except the final in a tree which is a click ability. Speaking of ships, I have to say one of the coolest things to come in is the barrel roll; ships that barrel roll can briefly become immune to damage and it just looks fantastic. Tier 6 ships can also acquire “traits”; these can be passed on to other ships that you own. Not a lot of info was given on this, but I’m interested to see where it goes. Starships can also gain “Mastery” and level up by shooting things down in outer space, which creates their leveling process. 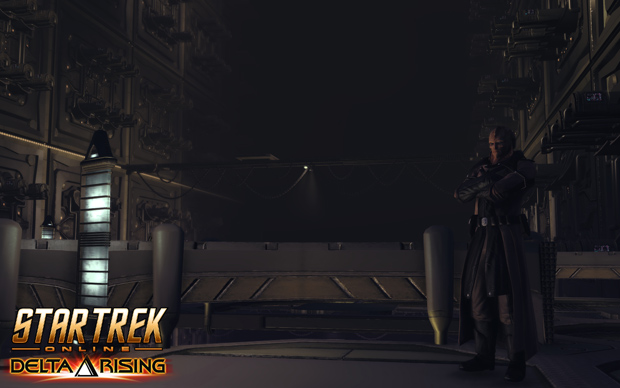 On the ground front, Intelligence Officers bring something new and exciting to the game. Instead of a more run and gun style of ground combat, Intelligence Officers use their wits and cunning to get around a map and offer new stealthy gameplay. They sneak and shuffle down dark halls and in shadows, using grappling hooks, zip lines, and rappelling cables to slide around an area to hack consoles and confuse their enemies. In the mission I previewed, Admiral Tuvok was guiding an Intel Officer through a compound he was definitely not supposed to be in, stealthing around much akin to Solid Snake. 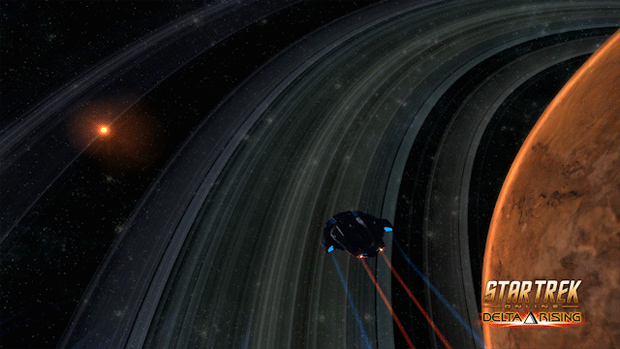 In addition there are new adventure zones, huge areas to be explored that involve major characters of the Voyager series. Once the main stories there are complete, you can come back and up to 25 characters will be able to roam the zone. There are a lot of intricate details going on; for example the Vaadwaur use World War II style trench warfare on the planet’s surfaces, despite being a technologically advanced race; what is the purpose behind this? There are a lot of mysteries and stories developing here, and I cannot wait for players to see what is in store. I was definitely pleased with the zone I saw the Intelligence Officer run through; the dark caverns of a Vaadwaur Base. The blend of the primitive world with the advanced technology hubs really sold it for me. The planet itself that the base was set on looked like a desert planet, covered in deep fissures that are used as trenches. 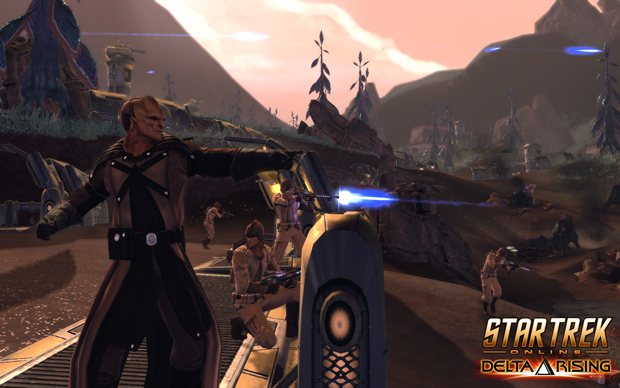 As someone fairly new to the Star Trek Online franchise, I feel pretty excited for this installment and I have very recently begun playing the MMO myself. While I know there is a lot of late-game grinding and it can be incredibly boring and frustrating for veteran players, the developers are working hard to change things like that to draw new and old alike. The original cast of Voyager recorded a ton of dialogue to fit virtually any scenario that comes up with decision making, creating a new and interesting experience every time. There are huge missions in space that require decisive, tactical thinking and what you decide on changes the entire mission at large! Sadly, still no Cardassians, but it is not entirely off the block! The developers do love the Cardassians and there is a chance they can appear in later content. As far as other content goes, while the initial Expansion drop will have the full core story available to play out, additional bonus content will be added at a regular pace. Don’t expect new stories every week, but they will come with enough frequency to keep players interested. Lots of surprises and twists await in Star Trek Online: Delta Rising!