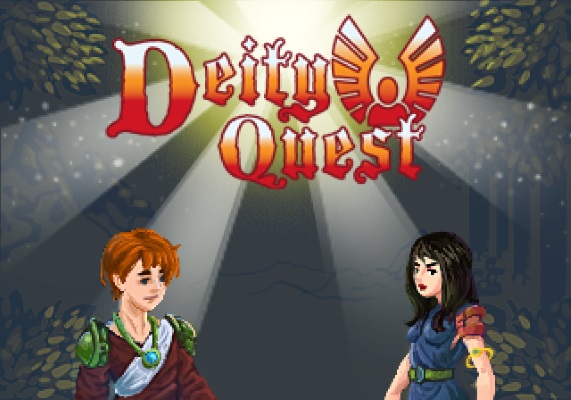 Fancy Fish Games, developers of the upcoming I Can’t Escape: Darkness™, is pleased to bring the exploration-based battler Deity Quest™ to PC, Mac, and Linux on Steam on today.

As a young god in the world of Aberos, Deity Quest™ challenges you to collect 128 unique follower types, then use them in fast-paced 6-on-6 battles to conquer the world and become the Overgod. Develop your divine magic, explore vast locations, and compete with other deities in your quest to the top!

“With its clever gameplay, intriguing storyline, and nostalgic visuals Deity Quest™ is one of those games that immediately commands your attention.”
– Craig Forshey, Super Game Droid

“So, if you do like the Pokemon RPGs then you’re probably going to like Deity Quest™ as well.”
– Chris Priestman, Pocket Gamer

“We’re excited to introduce this beefed-up, latest and greatest version of Deity Quest™ to Steam players” says Fancy Fish Games Founder David Maletz. He adds, “While we wade through the deep, dark depths of wrapping up development on I Can’t Escape: Darkness™, it’s nice to have the light-hearted distraction of Deity Quest™ available on so many platforms for so many of our fans.”

The Steam page for Deity Quest ™ can be found at: http://store.steampowered.com/app/340330