Starfall Tactics is Holding a Pre-Beta Test and PVP Tournament 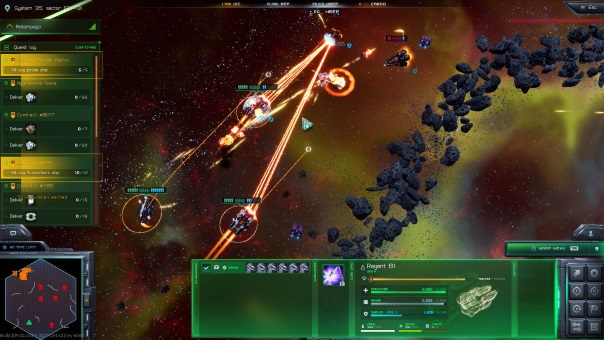 Starfall Tactics will be holding a pre-beta test as well as a PVP tournament with a livestream in the near future. The game is always there, and it is a very important test, and they did point out that they are also looking for potential publishers, to move away from being an “indie” team. Initially, Starfall Tactics was slated to be a standard session-based multiplayer game with giant battlecruisers but has evolved into something more over the development process. The MMO Universe has appeared and Starfall Tactics has changed shape while retaining the initial idea. While usual RTS games concentrate on controlling large groups of units, base building, their defense and precise resource management, Starfall Tactics went along the other path focusing on managing each unit separately. It also intends on having a “Ranked” mode to compete in. In this, all players will have completely equal conditions, with an identical set of modules and ships, which they use to construct a fleet. This will make the battles as fair as possible, and put the emphasis on the player’s ability to build a fleet and use it wisely.  With tournaments on the way as a regular event, it could change the face of tactical esports.

It also promises to have collision, line-of-sight, an emphasis on maneuvering, hiding your smaller craft behind larger carriers for defense, and many other exciting tactical possibilities. Another point of note is that it will have 7,000 star systems in-game, at least in recent tests. Some other internal tests have gone up to 20,000, but these star systems will not be empty. Space pirates, caravans, raids, black markets and more will await those who explore. For those interested in learning more, a link below will hold the latest news. The Pre-Beta test is on its way, and will be starting on February 21st, lasting until March 4th. Everyone is invited, and no keys are required to join in!