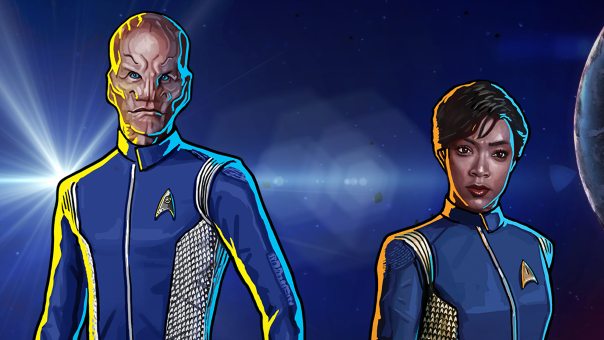 The free-to-play Star Trek: Timelines spans all fifty-one years of the Star Trek timeline, and the current story is no exception! Disruptor Beam has released Version 3.0  which adds playable features, improves existing features, and the biggest of all: Star Trek: Discovery joins the cast of the game! The new show premieres on CBS on 8:30pm , on Sunday, September 24th. New Discovery characters, ships, crew, and storylines will make their way into Star Trek Timelines as the series airs. Players will get a sneak preview of this Discovery content starting this week with an updated introductory storyline featuring Commander Michael Burnham and Lieutenant Saru. Then players will warp into Star Trek: Discovery starting on Thursday, October 5th with the month-long Mega-Event, “Discovery: A New Anomaly. It’s fantastic to see even the most current content in the game for players of Timelines! No matter what part of the Star Trek timeline you prefer, you could find it here!