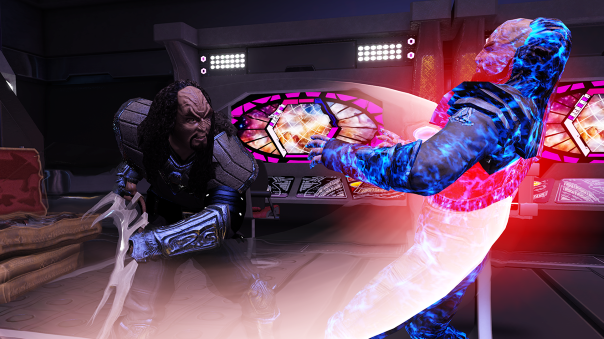 Starting today, captains on Xbox One and PS4 will be able to rescue a famous Klingon General from Star Trek: Deep Space 9 as Star Trek Online Season 13.5 goes live! Martok, voiced by Star Trek actor J.G.Hertzler makes a very special appearance, and it also includes a new Ferengi Trade Alliance Admiralty and the Endeavor System, which offers console players new, special challenges to complete for fantastic rewards. After reuniting with the legendary General Rodek (voiced by Tony Todd), they will join the Klingon forces to rescue a prisoner who has been detained in a secret prison. It’s none other than the infamous Martok! What exactly are these two new console features?