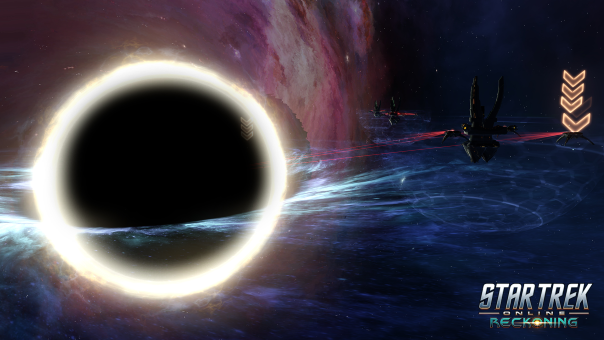 Perfect World Entertainment and Cryptic Studios announced that Star Trek Online will celebrate its 7th anniversary with the launch of Season 12 – Reckoning. Season 12 will launch on January 26 for PC, and on PlayStation 4 and Xbox One at a later date.

Season 12 – Reckoninging will feature two new space queues, a new Research and Development System category, and a new featured episode – plus mini-games and giveaways to celebrate the anniversary.

Continuing the story from Agents of Yesterday: Artifacts, players will continue to assist the Lukari as they explore the Alpha Quadrant and protect the galaxy from protomatter weapons. The new featured episode, “Of Signs and Portents,” will introduce players to General Rodek, voiced by Tony Todd.

Captains will also be able to pursue a new reputation, craft kits and modules, experience the “Gravity Kills” and “The Tzenkethi Front” space queues, and a new full-space battlezone.

The 7th anniversary event will offer in-game special and daily missions, the Omega Molecule Stabilization mini-game, and daily server-wide giveaways. Among the new loot for this event is the Tier 6 Lukari Science Vessel, based on a community design.