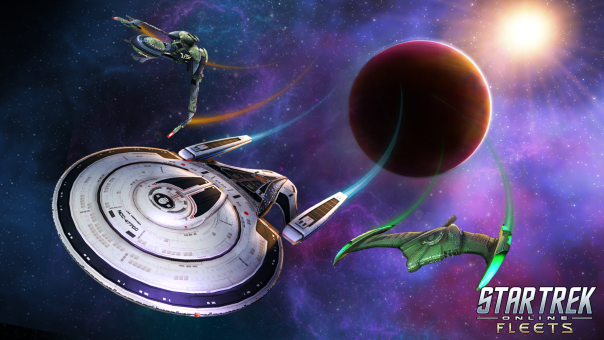 Today, Perfect World Entertainment Inc., a leading publisher of free-to-play MMORPGs and Cryptic Studios announced Star Trek Online: Fleets is now available on Xbox One and PlayStation®4. The first refit to the 100% free-to-play MMORPG based on the iconic Star Trek franchise brings several classic Star Trek Online gameplay options to console for the very first time, including Fleet Holdings, the Admiralty System, Duty Officers and the Research and Development System.

With the release of the first refit for Xbox One and PlayStation®4, many of the popular gameplay mechanics from the original PC version of Star Trek Online will be available to all console players. A full list of features introduced with Star Trek Online: Fleets includes: