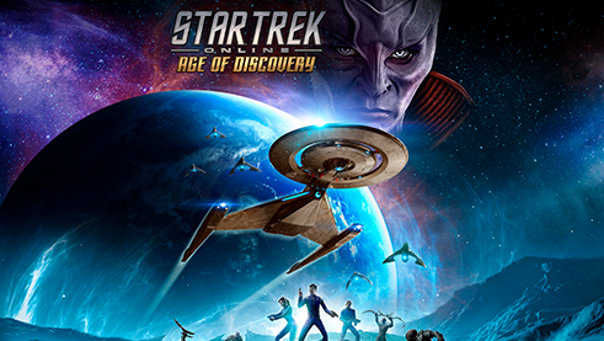 Starting today, Console Captains can enter the Age of Discovery in Star Trek Online for the first time. In it, brand-new missions inspired by the Discovery TV show are available, and even players new to the game can explore the Discovery content from the start of their adventure. In today’s update, the level requirements for all episodes are unlocked, creating a more streamlined mission journal to help players navigate through content. Brand new game features for Xbox One and PlayStation4 will keep veteran Star Trek Online players engaged, with the addition of new episodes, added Reputation Tiers and a new Random Task Force Operation System for rewards.

Age of Discovery transports players to the year 2256, shortly after the pivotal Battle at the Binary Stars. A war has erupted between the United Federation of Planets and Klingon forces, led by J’Ula (from the IDW comic series Star Trek Discovery – The Light of Kahless), matriarch of the House of Mo’Kai and sister of T’Kuvma. Players will team up with fellow Starfleet Academy cadet, Sylvia Tilly (voiced by Discovery’s very own Mary Wiseman), for their very first mission aboard the U.S.S. Glenn.