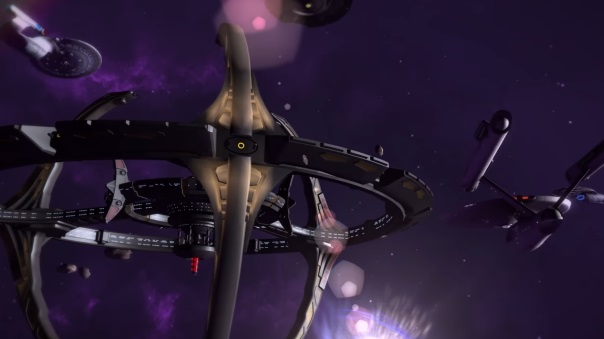 It’s the first Star Trek TV show in more than fifteen years and promises to be a grand undertaking: Star Trek: Discovery. It will draw in both new and old fans alike, and Disruptor Beam’s Star Trek Timelines is making a foray into the real Final Frontier; the past! Players can look forward to new crew members including Lt. Commander Michael Burnham and Lt. Saru, as well as multiple new ships from the federation and beyond. Star Trek Timelines players will also get hours of brand-new overarching Discovery-related game content, including a month-long Discovery Mega-Event.

“We are all Star Trek fans here at Disruptor Beam – we’ve grown up with and have found inspiration in the first five TV series, and we look forward to seeing how Discovery will expand the Star Trek universe in the coming months,” said Erin Prince, Star Trek Timelines Product Owner at Disruptor Beam. “It was with great enthusiasm that we approached CBS Consumer Products about integrating future Discovery content into Timelines. We can’t wait to give our existing players even more Star Trek content to experience, but we also look forward to opening up Timelines to a whole new generation of Star Trek fans.”

It’s a smart move to show the Timelines fans who might not even be aware that Discovery exists, and for Discovery fans to find a new mobile game to fall in love with.