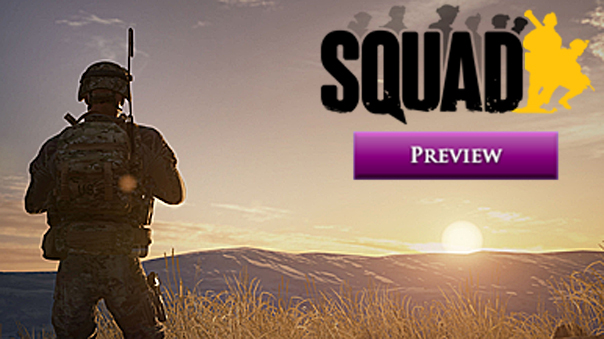 If you play games on the computer, chances are you have probably played a first person shooter. Rolling those dice, most readers here went the route of a pretty casual shooter that doesn’t take itself too seriously. They provide you this roller coaster ride of a game that replaces realism with epic explosions and chaotic fun. Squad is a game that takes a different approach; it aims to be as realistic as possible without cutting too much of the simple elements away. I myself have played a ton of ARMA, a game that also tries to do this, but tries it more in a ‘simulation’ type of way. The end result is something that isn’t exactly player friendly. What exactly does Squad bring to the table to keep the fun factor high? Let’s find out. 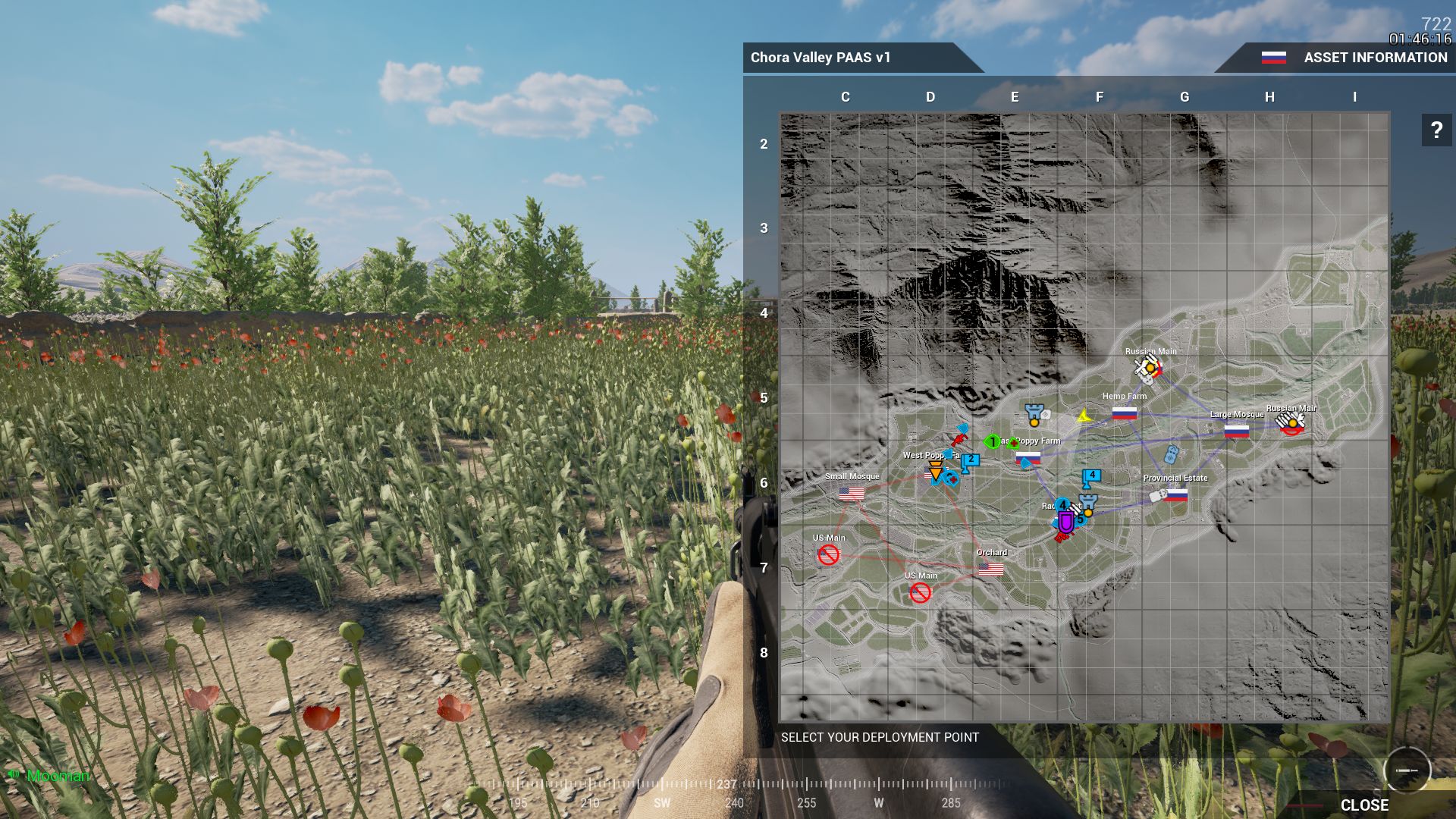 Squad isn’t just a game that was made suddenly from the ground up. Perhaps you’ve heard it before but it first was named under the banner of Project Reality. Project Reality was a mod for Battlefield 2 and planned for the ARMA series. The mod was an absolute hit on Battlefield 2, and I myself played a ton of it a few years back. The ARMA edition of the mod never fully took off, mainly because the engine itself doesn’t allow for a smooth game play experience. Thus instead of wasting more time on it, the creators focused on a standalone game. Squad is the perfect example of implementing the right idea, on the right group of players, and growing from there. And here we are over ten years later, with Squad beginning closed testing in late 2015. The game is still in early access, and to be precise in Alpha, but it’s showing us a lot of promising gameplay.

Ever since Squad achieved green light on Steam I have been following it and bought it the second it came available. But I was always a bit scared the game would never take off or even reach the success that Project Reality had. Project Reality was an absolute hit, and even though you wouldn’t see a lot about it in the news, the game was widely played around the world with a very tight community. Squad had a bit of a slow start but in the past few months has gained a huge influx of new players.

Over the last few years we have seen a ton of shooters seeking to control the realism sub-genre of shooters with different approaches. Insurgency aimed to capture the intensity of the somewhat smaller fire fights in normal sized maps you are used to see in games like Counterstrike. ARMA got the sizing and world right, but perhaps went a little too far with the realism, and released a big mishmash of things that doesn’t please the daily gamer of today. 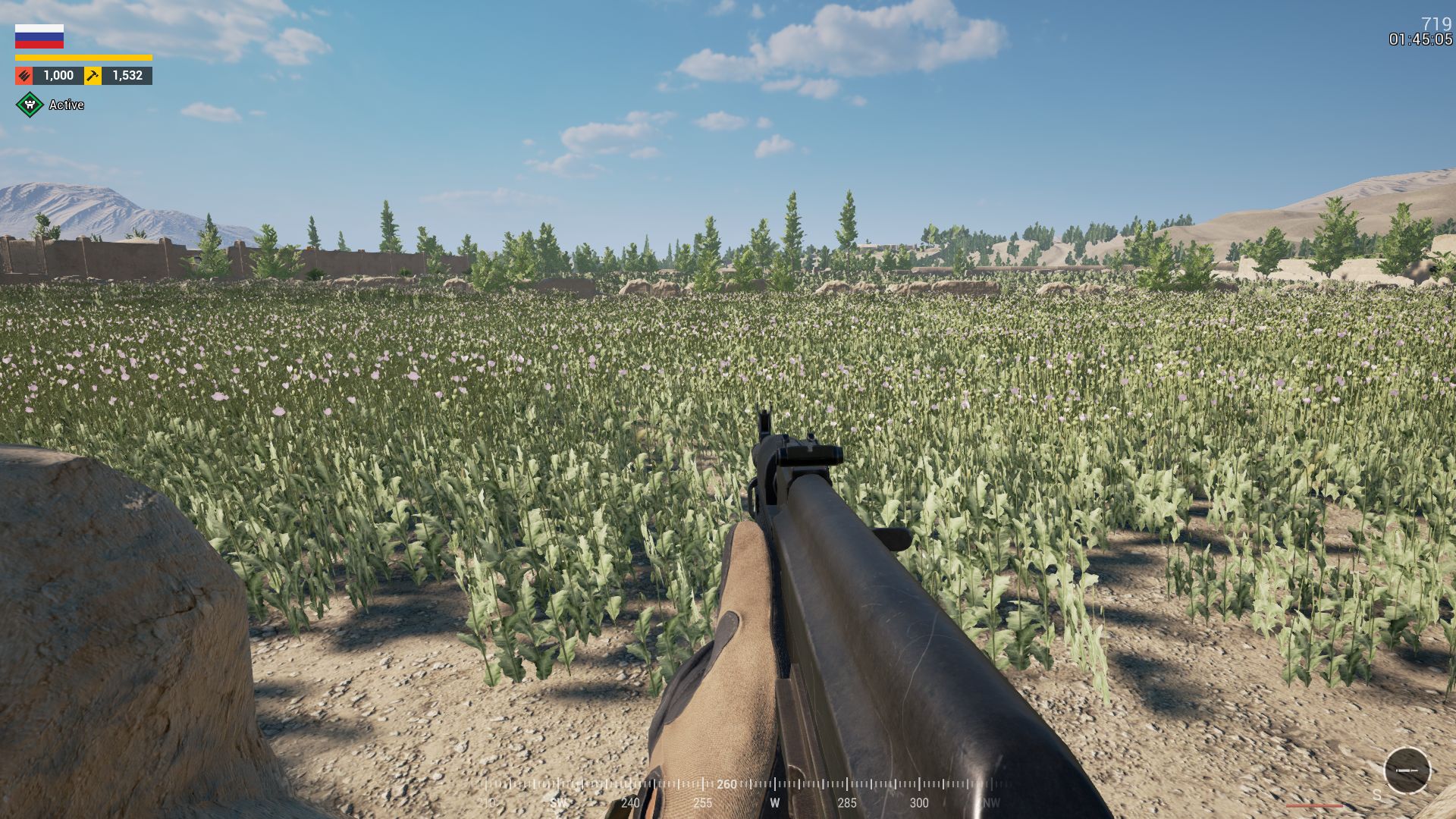 And thus there was always this ‘hole’ to be filled. And Squad fills this well. Squad allows you to have a 50 versus 50 fights on large scale maps, without your computer screaming for the needed frames to perform well. But what Squad does best, is try to bring the community together through communication and team play elements. You see Squad is no ordinary shooter where you simply connect to a server, pick a side, choose your weapons and are free to do whatever. No, Squad enforces you to play in a Squad, to really experience the full package as I would like to call it. When you connect to a server, you can still pick between two sides, but then get the choice to join a squad – inside a squad you will find a squad leader. The squad leader is in constant communication with both his squad, and the people higher up command planning an attack on the enemy team. Since there are a few objectives on the map, there are always people commanding squads to clear an objective, or take a defensive base somewhere on the map to control a wider area. 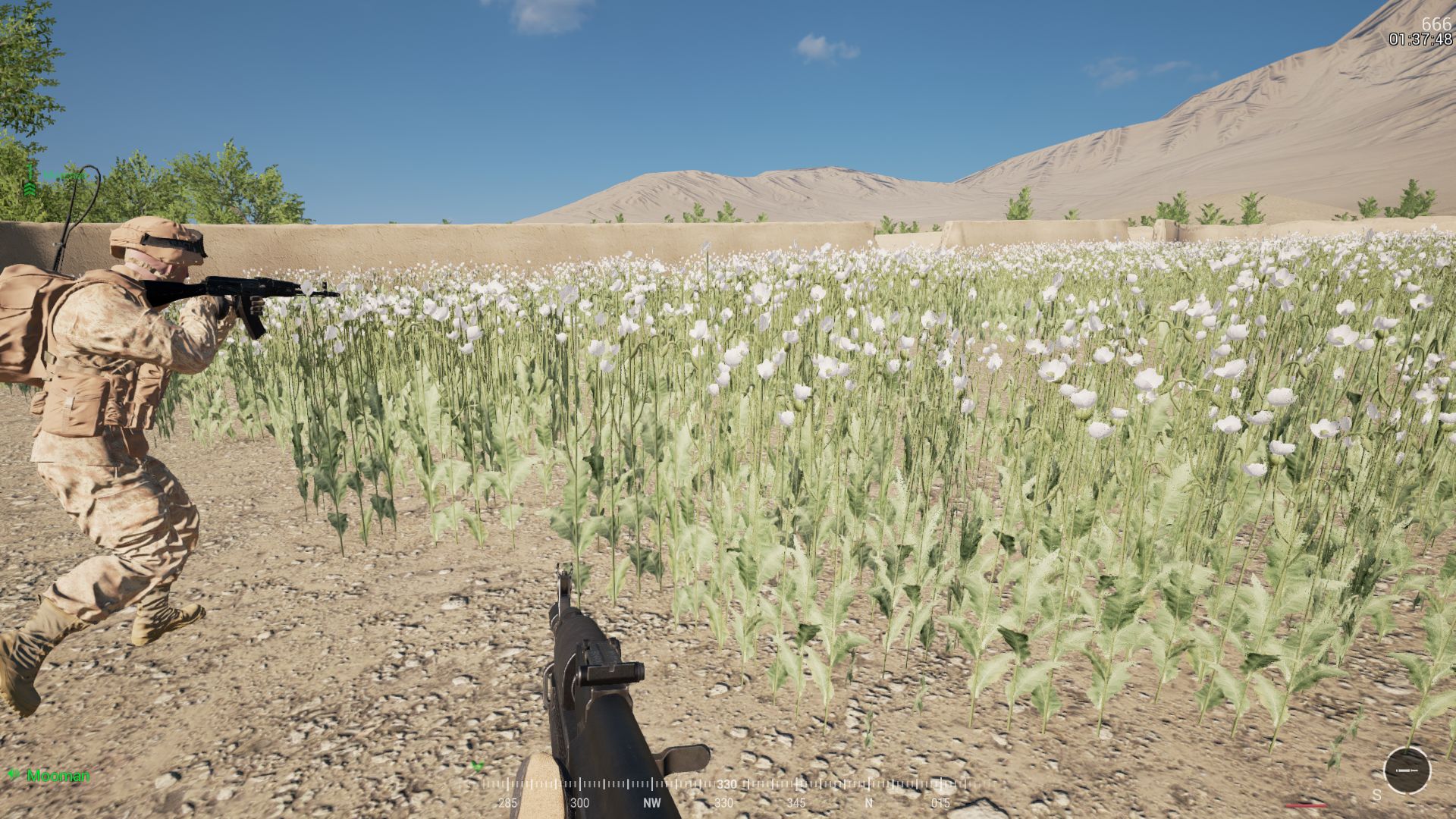 Inside a squad you obviously need to fill a few roles, mainly the medic is perhaps the most important role to be filled. Since you do not regenerate your health over time like other shooters, you need a bandage to keep the blood from flowing out when you are hit. Usually when you get hit, and you get hit hard, you fall unconscious. Now anyone can give each other a bandage, but you need an actual medic to get everyone properly back on their feet again. As you would imagine, with fifty shooters on each side, people get hit a lot. You simply cannot run a squad without a medic. Besides the medic, you need simple riflemen to fill slots, as well as other members that carry perhaps an RPG to counter enemy armors, or perhaps some other specialty weapon that enables them to turn the fight around. Having played ARMA in an active community with private sessions, everything I have just mentioned sounds quite similar to how we used to run our sessions. But what makes Squad excel way above ARMA in this is that Squad not only plays smoother, but is also way easier to jump into. You don’t have to press every button on your keyboard to do an interaction or use something, Squad mainly uses normal shooter controls, with a few buttons extra to do the thing that your character does. And perhaps the most important difference is, each session is mainly played with different people, strangers you have never met! 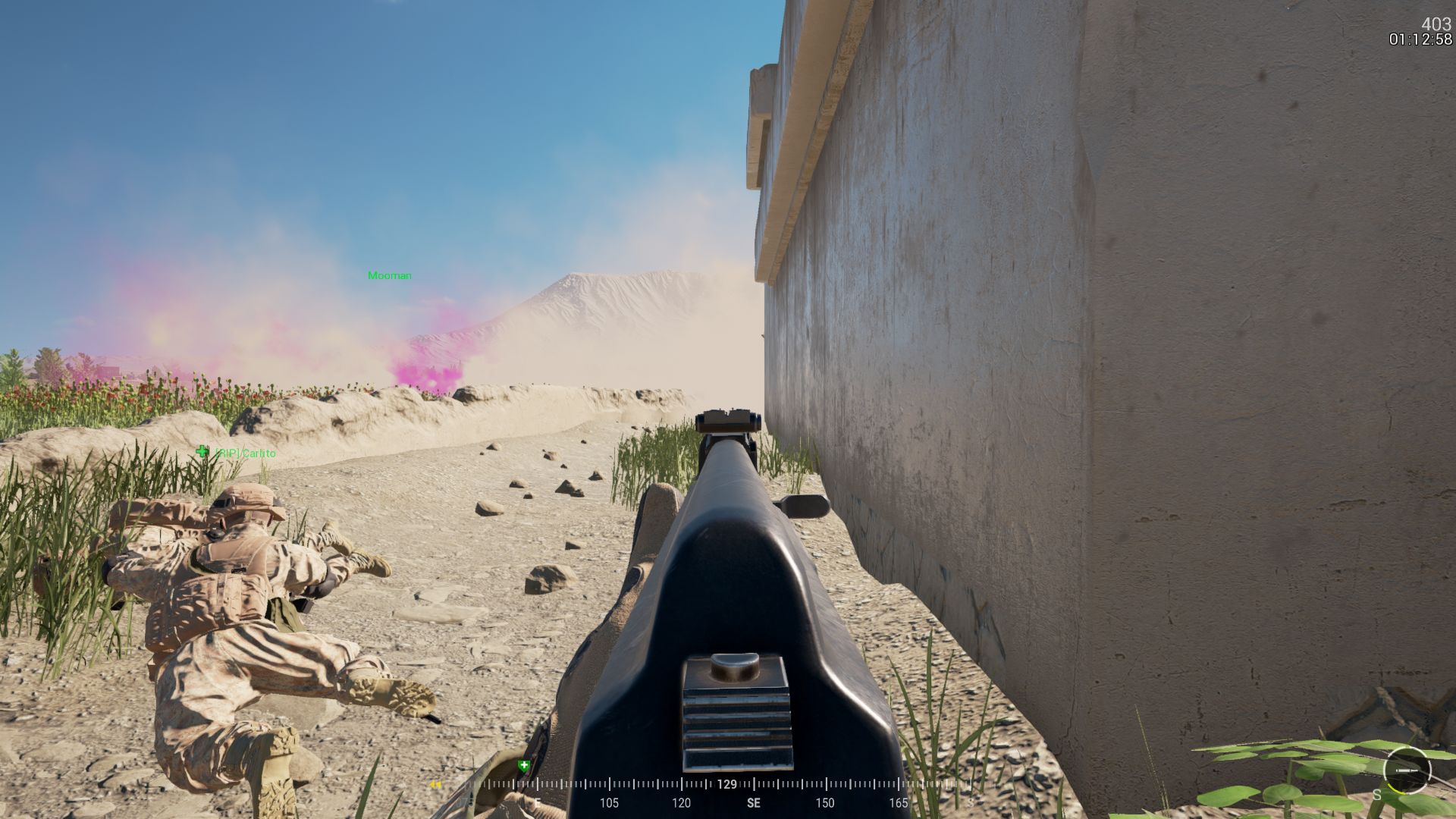 Squad really portrays realism well, and having played most realism focused games, I can definitely admit that Squad does this the best from all the games I have seen. I have had immensely epic fights in compounds, trying to hold ground while my squad leader was shouting on the radio demanding others to help us out. When smoke grenades denied us vision, and only the soldier next to us was to be trusted, grasping for our lives hoping to make a difference in the ongoing battle, that’s when the feel of a realism shooter is right. You barely get to experience a fraction of this feeling in any other online game. The adrenaline rush of shooting an enemy, or killing a whole squad, with actual strategy instead of rushing around like headless chickens doing silly 360 no scope tricks, cannot be compared to any other shooter on the market.

State of the Alpha: Excellent

Squad is a game that does realism well and goes far beyond. For every adrenaline junky like me that loves a good team play based game where communication is key, Squad is the game to check out. The game is only in Alpha, but to be honest in its current state it could very well be a fully released game. It is a bit cheaper than most fully released games too, but if the price were to be twice, or even three times as high, I would still empty my wallet for it. Squad portrays war right, and no other game comes even close to doing the same. With total strangers you can get the complete realism package you have always wanted. It’s easy to pick-up, but with so many deep gameplay elements, the challenge of rising to become the ultimate squad leader could keep you entertained for years.