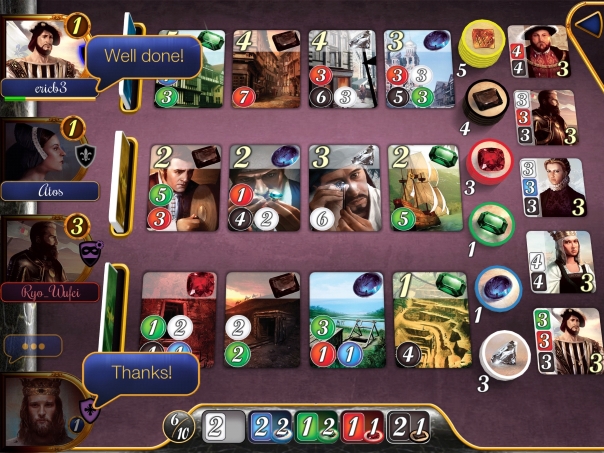 Days of Wonder has announced the release of an online multiplayer mode for Splendor, its strategy game adaptation for the board game by the same name.

In this new version, available for mobile and PC, players can compete against each other and even arrange exclusive invite-only games to battle against friends. Part of this multiplayer system is the new Karma system, which rewards players for finishing their games (and punishes those who drop out early). Both ranked and non-ranked modes are available for players to test their mettle.