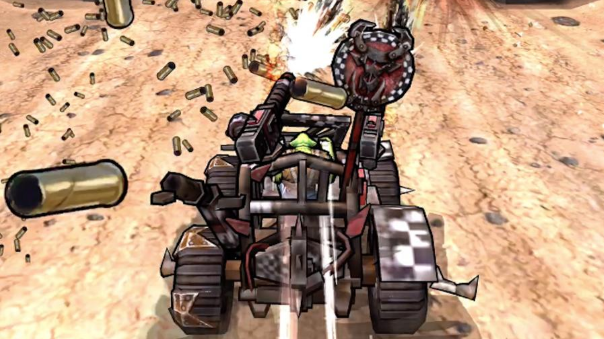 Artcode Interactive and Games Workshop have revealed that Speed Freeks, a new mobile game set in the Warhammer 40,000 universe, has officially entered soft launch in New Zealand and the Netherlands today.

Speed Freeks lets players hop behind the wheel as an Ork to “scavenge, battle, and assemble a fleet of Ork vehicles” to support the “WAAAGH!” effort. Players can command a fleet of vehicles that include tanks, buggies, and war bikes. As they ride, players will destroy and conquer, seeking to become one of the great Warbosses of the planet.  The game also features an endless mode, where players patrol for enemies and scavenge for parts to upgrade their vehicles.

The soft launch in the Netherlands and New Zealand is for iOS devices, and is a free download with microtransactions optional.