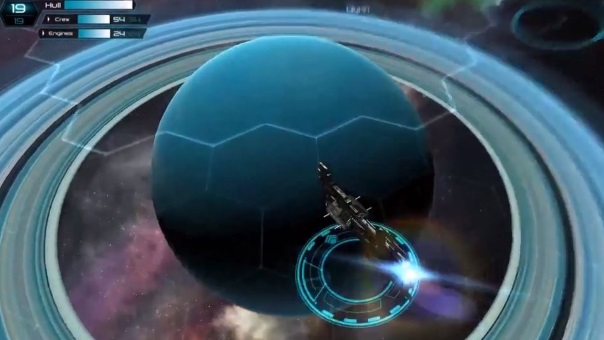 Space Wars: Interstellar Empires, the turn-based/real-time hybrid strategy MMO is coming to Steam Early Access! Slated for Dec. 6, 2017, this game with turn-based battle and real-time space travel will hurl players into a pitched conflict for galactic domination between four empires. Pilot a ship and lead its crew of officers, all of whom possess their own skills and attributes that impact how the vessel performs and operates. In combat, commanders must play to their ship and crew’s strengths, strategically managing power across systems like propulsion, weapons, sensors, and shields along with officers’ special abilities to tip the tide of battle in their favor. Gain favor and riches for your crew and empire and increase the power of your ship as you progress, as well as the abilities of your character. No matter your skill level/familiarity with turn-based combat, anyone can get into this deep title and explore the cosmos as well as the limits of their own power.

“As a lifelong fan of the tactics genre and science fiction, it’s been my dream to create this stunning blend of space strategy game and MMO,” said Hooman Simyar, producer and creator of the game. “Realizing this vision has been such a ride and I’m eager to share it with the gaming community next month when Space Wars: Interstellar Empires finally launches on Steam Early Access.”