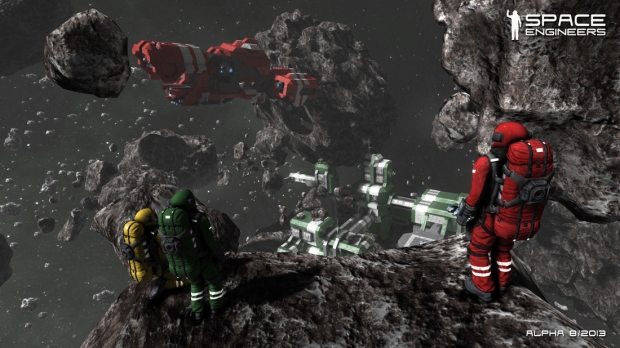 Four months after its release on Steam Early Access, Space Engineers has sold over 250,000 copies and steadily keeps in the top places at the Steam Top Sellers.

Space Engineers has been under intensive development through this period; new updates released on an almost weekly basis. Every update comes with a showcase video demonstrating what is new – all 19 updates can be previewed at Space Engineers’ YouTube channel. The development team is now working on finishing the Survival mode and the Multi-player.

Space Engineers has also been selected by the players as the 4th best indie game of 2013 in the “Indie Game of the Year Awards” organized by IndieDB and Desura.

“We want to thank everyone who keeps contributing to the development of Space Engineers by publishing their creations on Steam Workshop and YouTube and also sending us valuable feedback and ideas. Space Engineers is about its community!” said Marek Rosa, CEO of Keen Software House.

Update 01.019.010 has also been released today. This update implements the synchronization of inventory in Multiplayer, adds the name tag above the player’s character and many other new features and fixes.

Space Engineers is available for purchase on the developer’s web site: www.SpaceEngineersGame.com/buy.html, on Steam: store.steampowered.com/app/244850 and at several other online distribution services.