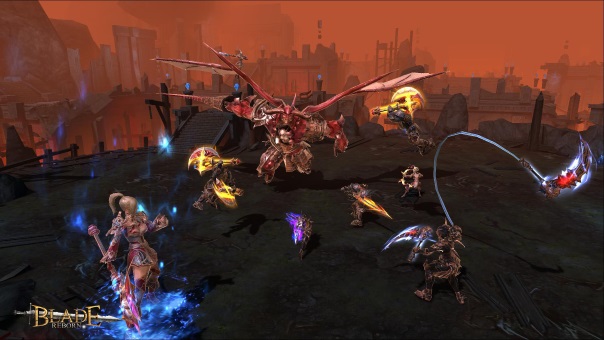 Snail Games has just unveiled the global launch of their latest action MMORPG, Blade Reborn on both iOS and Android. The game is, however, not available in the following regions at this moment: Mainland China, Taiwan, Hong Kong, Macao, Vietnam, South Korea and Japan. Blade Reborn sends players to the Diabolical underworld, for both opportunities of treasure and to defeat horrific, evil beings. There are dungeons to explore, and secrets left behind by the old gods to uncover. The ultimate goal is to seal away the portal of the demon world. Players can also choose one of three classes: The wizard, the warrior, and the assassin, each with two weapons and 4 skills and specific rune and talents combos.  There are also up to 64 skill talents that can be utilized to create unique builds for each class.