An early copy of this week’s SMITE patch notes has been posted on HiRez forums showcasing multiple changes as well as the announcement of the latest Chinese pantheon Goddess, Chang’e. Known best for her signature Moon Festival, Chang’e brings immense sustainability and powerful CC through a kit focused on out thinking her opponent and adjusting her dances to counter any opposition. 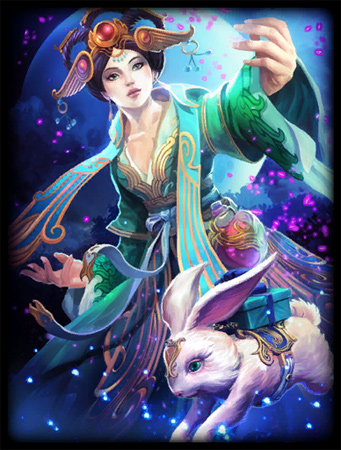 Chang’e can purchase or sell items from anywhere and her Jade Rabbit companion will fetch them. When the rabbit reaches the store then returns, the transaction completes. Only one item can be purchased or sold in this way at a time. Chang’e also gains +25% movement speed with no backpedal penalty when using her dances.

Full patch notes can be found in this thread.