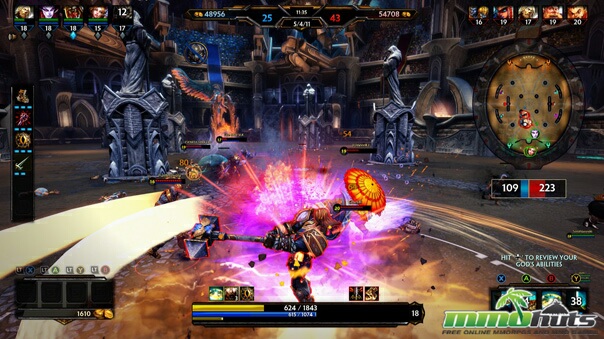 Ymir? I Barely Know Her!

While at PAX East this year I had a rare opportunity to play the SMITE closed beta while meeting a pair of the very important people at Hi-Rez studios. You know, Hirez Todd and Hirez Stew (shameless name drop!). Together they introduced me to an middle alpha build of what would soon be the first console port of their hit third person MOBA. MOBA games have not been seen with frequency in the console community, and when they are, typically the titles in question are met with poor response/results (Lord of the Rings MOBA anyone? No really has anyone played it?). This is going to be the breakout title in the MOBA format, which will hopefully pave the way to seeing others, such as Heroes of the Storm, to try their hand on another machine besides PCs. But SMITE is special, in that it plays more like an action title than a MOBA such as League of Legends. As such it would only be natural to see it on a console one day. 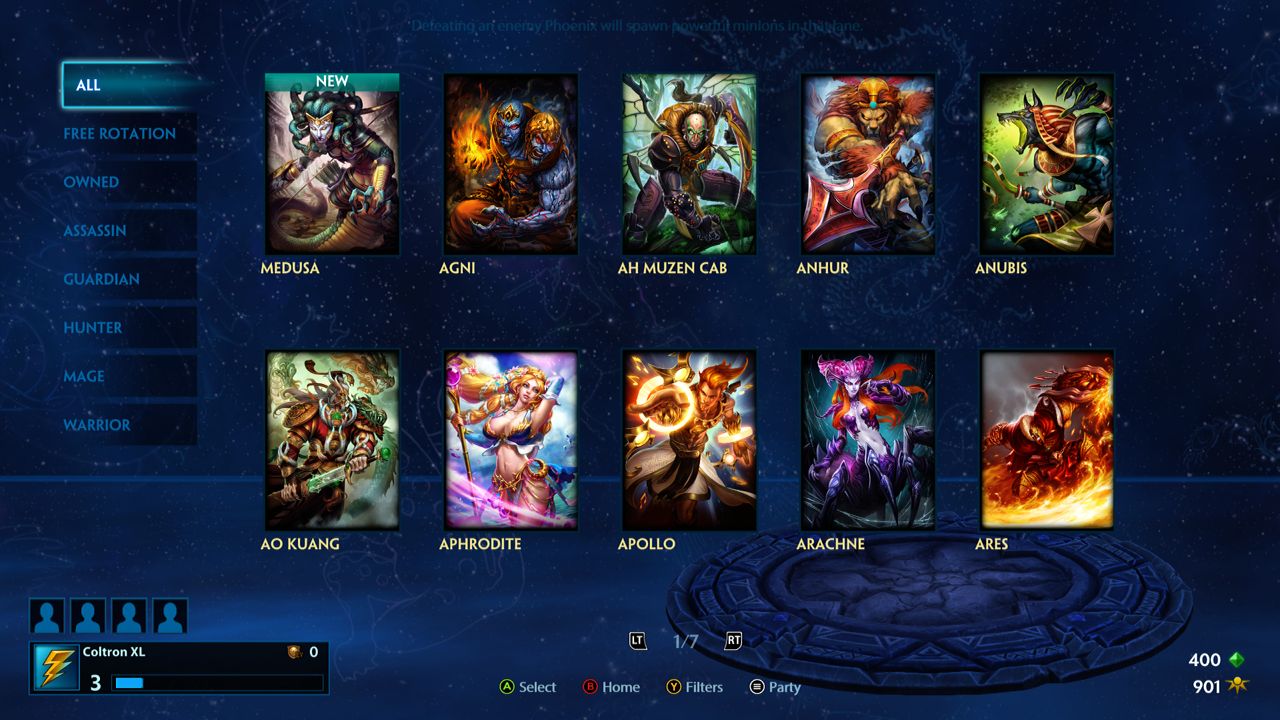 SMITE made us suffer through release Bellona all over again. Their evil knows no bounds.

Though this is a closed beta, and a little behind the main game in terms of Gods released, and patched content, it is the exact same game in every other aspect. Playing with a controller will not really hamper enjoyment of this game, and in fact, has given me more of an appreciation for SMITE at large as a console fighting game enthusiast myself. Players can transfer their PC account once to the Xbox and that will give them all the data they had before. Again, this can only be done once. The downside is immediately apparent: Players will likely need to purchase items/Gods again, or simply focus on the PC community or Console. Though if you have the Ultimate Gods Pack, this is irrelevant until skins are brought into the picture. There is still no word on whether it will hit the PS4, but I predicted it could, and I stand by that!

Keyboard and Mouse are for Casuals

The Xbox One controller is quite comfortable, and handles the game of SMITE quite well! The default setting places your auto attack on RT (Right Trigger), and you activate your abilities with A, B, X and Y. And since many powers have a range or can be moved, you also have a stick for that as well! Or you can simply double tap the button to make the ability go off immediately. I honestly enjoyed playing with a controller more, and the Xbox One is powerful enough to handle the game. The visuals here are just as appealing as the PC, and may be astounding if you’ve never been able to up the graphics to max setting on your lower end PC. The beta has also introduced adjustable control mapping to suit any preferences you may discover. I do not believe you can custom map the control scheme, but that won’t really hamper anyone that I have seen. 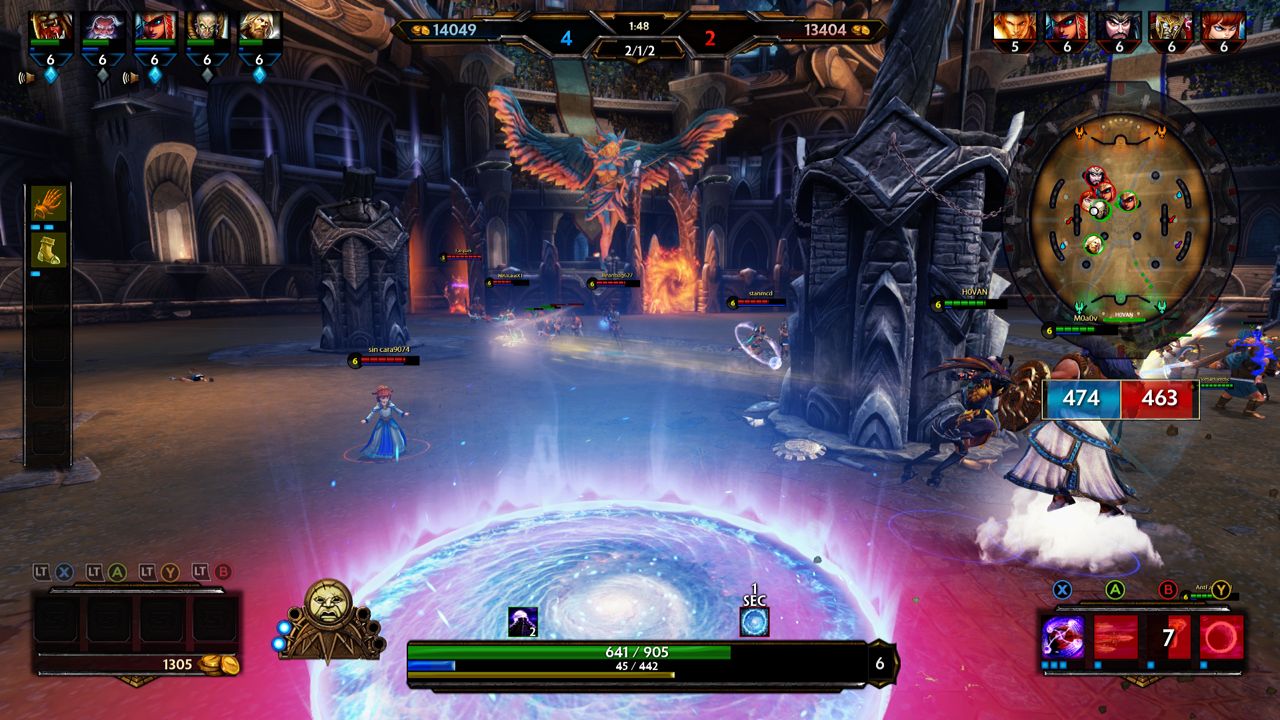 No matter how solid the controls, Janus will still always be a pain.

I have played as a variety of characters in the Beta, and each one of them handled without any difficulty. One of the bonuses to being a skill-shot based game is that you don’t really have to tab-target or click on many things directly. Even healers like Aphrodite or Cupid’s heart dropping powers work just fine. It feels smooth and the player is in control at all times. There’s a lot to be said for the precision of a keyboard and mouse, and truth be told, many players prefer skill based games such as CoD or other shooters to utilize those. Truthfully I do not feel that the vast majority of players will have a hard time adjusting to playing a MOBA like SMITE on the console.

Support? All the Time!

Communication is the most important thing about a MOBA. A team that doesn’t work together doesn’t win! And the Xbox One is a console so not everyone’s going to have a keyboard just sitting around. And while the Microsoft consoles support a keyboard, you have a controller in hand! No time to type! Heck even on PC there never was. Stop raging nerds, you’re losing objectives with each wasted second. So what do you do? If you are like one of the majority that have a Kinect, you have voice chat turned on automatically. You can also use a headset, but with Kinect you do have voice chat, which is automatically utilized from God select and on. You can mute people I believe, but I have yet to do so since speaking to people; even toxic people are of the utmost importance in a game like this. 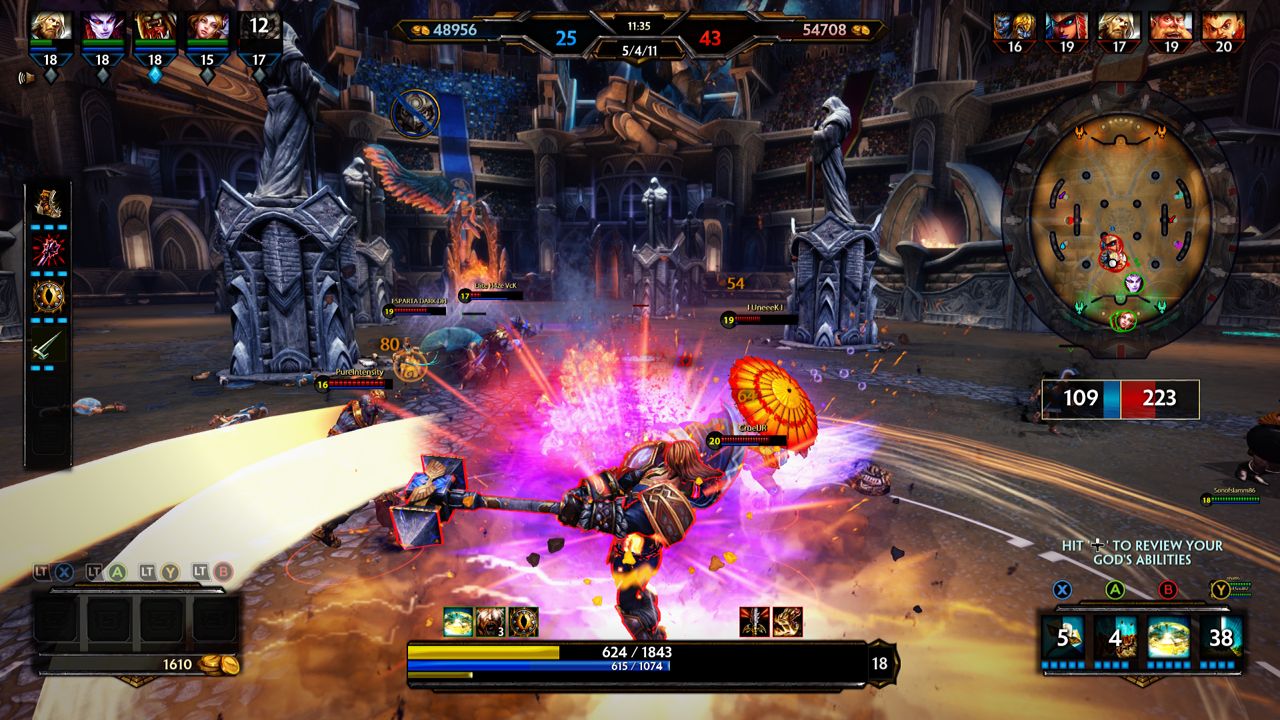 If you don't join voice chat, you'll miss out on me quoting Thor during every attack.

There is a drawback to the Kinect though; please remember that this is an online game, and like all online games, there are toxic, foul-mouthed people in the game, ready to make a memorable impression upon you family and loved ones. I would definitely recommend if you have children or impressionable youths around, to utilize a headset instead. Or simply mute people when they begin their offensive diatribes. But at least you cannot also hear the enemy team, as that would be confusing but also dampen the ability to strategize. But being able to chat without a headset or keyboard is definitely a nice feature, and if only it were a world where everyone were considerate, it would be perfect.

Easily the best MOBA to hit a console in my years of gaming, no question. It brings all of the excitement and action of SMITE directly to the console. The controls, visuals, and gameplay are just like the computer counterpart, so you won’t feel as though you are playing a whole new game, but perhaps with a mostly new community. This is definitely the year of crossing over, what with this, Street Fighter V, and Neverwinter, but I am a little disappointed I cannot play with my PC Gaming comrades. Perhaps with Microsoft’s Windows 10 one day that would be a possibility, assuming Hirez can somehow bring the PC master race’s rage underheel long enough to acknowledge console gamers as their equals.