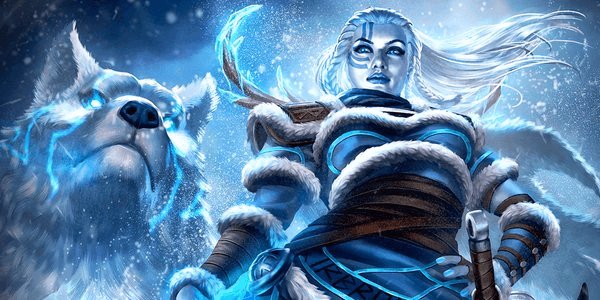 This afternoon, Smite revealed the patch notes for update 3.4, continuing changes in Season 3 and revealing the next God coming to Smite: Skadi.

The Season 3 Ticket has been unveiled and will be available for 600 gems. This season ticket frame can be mixed with any other previously unlocked frames. There’s also a new announcer pack, featuring none other than Hinduman – watch out for the “MOM, GET THE CAMERA! I GOT A PENTAKILL!” shout if you’re lucky enough to score one.

New achievements have been added for Hades, Hel, and Ullr, some of which should be easy to obtain and some . . . not so much.

The Store now has an “Undo” button which will allow players to fix purchasing mistakes.

A boar has been removed from the Fire Giant (solo lane) side of the jungle, in order to tone down solo experience that was being gained too quickly.

Item wise, the Glowing Emerald has had its price reduced by 50 for the whole tree; Hydra’s Lament will have no cooldown on procs; Masamune gets a physical power buff from 30 to 50 and a 200 Rage cost reduction; Rod of Asclepius’s aura gets buffed to 20% (up from 16%) and gets slightly cheaper; and the Rod of Healing will be 30 gold cheaper.

A few minor tweaks for the gods in Season balance includes a few buffs: Hercules, raising his movement speed by 5 and base damage by 4; Chaac, lowering his Ultimate cooldown from 90s to 75s; and Kulkulkan, scaling up Zephyr magic by 15% and reducing whirlwind’s mana cost. Other god changes includes Ra’s passive granting a longer movement speed duration, Raijin’s double-stacking Percussive Storm being fixed; Rama’s Astral Arrow regeneration speed up and mana cost down; and Anhur’s Feeble buffed to 20 (from 15) and Impale given a lower mana cost.

Finally, the big news of the patch: Skadi. Skadi is a hunter capable of pushing with plenty of damage and disruption, while in turn sacrificing movement. Skadi comes with a pet wolf, Kaldr, who can be controlled and utilized on the battlefield to increase her damage. Her kit makes her excel in 1v1 fights, especially against melee and assassin types.

Her Passive is Kaldr, The Winter Wolf, which grants her this pet as an ally.

Skadi’s 1 ability, Piercing Cold, hurls a spear forward which pierces enemies and slows. Kaldr does double damage to enemies affected by this ability.

2, Rune of the Hunt, Calls or recalls Kaldr on enemies, and can be used as early as level 0. As it is leveled, Kaldr gains more damage and new abilities, including a dash attack, self heal, and Skadi movement buff.

3, Permafrost, is a new form of crowd control. It places a large patch of ice on the ground which causes any enemies in it to slide in the direction they were moving at the time. If they collide with someone in the ice, they will bounce back in the opposite direction (like a game of hockey). Enemies cannot control their movements in the ice but can jump out with abilities. Skadi also gains a movement buff while in the permafrost.

Skadi’s ultimate, Winter’s Grasp, casts a storm around both Skadi and Kaldr. It roots enemies within the area of effect, causing damage over time during its duration, fully healing Kaldr and making him temporarily invincible. These storms can stack, making a venn diagram of death.