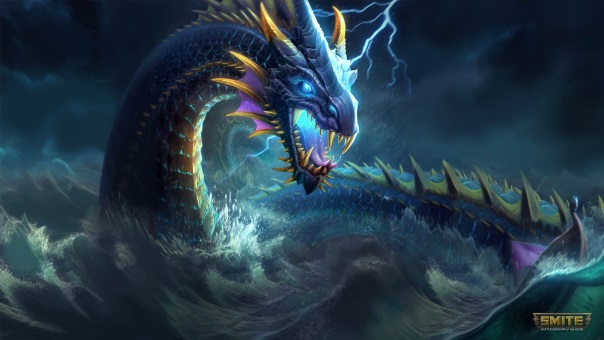 So, SMITE is moving away from Updates based on numbers and giving them thematic titles now. I like that better personally, I get tripped up with numbers, so a good solid title is better. It doesn’t change anything, but I like the presentation of it. This update also conveniently is the arrival of The World Serpent, Jormungandr! Plus he’s a Guardian! It was one of the first times I’ve seen chat excited about a new god instead of 100% whining without having played them yet, so that was an interesting moment. He’s certainly going to be a unique Guardian, and I’m going to save most of my thoughts for after I have played him, which is what more people on social media ought to do. Though I do like his kit so far, I do think he would probably be a solid solo laner/jungler (or an incredible one), but I would much rather see him in the duo lane, and roaming out to make people sad. I’m going to cover as much of the patch notes as I can, so let’s get started.

We also receive another Project Olympus update in this patch. Project Olympus is a series of updates focused on making the game better/more enjoyable outside of item/god fixes. This is all back-end/quality-of-life focused updates. This patch, it’s Deserter Penalty. The Deserter Penalty as it stood was pretty rough, because everyone makes mistakes, or have that one lobby where everyone is yelling, declaring they’re going to feed, et cetera. By that point, you’ve already given up and are 100% convinced you’re about to demote. Role Queue was a great addition to making Conquest a more enjoyable mode, but this will help players who just really need to dodge that “one” time while punishing frequent offenders of dodging/afking out of a match.

There was a whole heap of bug fixes in this patch, and I’ll leave a link below where you can see them all. They’re good stuff, but I don’t have a lot of commentary on bug fixes, except I’m glad the “Neith Ult can target Totem of Ku” one, that was pretty annoying. On that note, Totem of Ku can no longer be targeted by “God Only” abilities, and can no longer be attacked when inactive. That part’s especially important since I found myself driving by and slapping it a few times when I wasn’t sure if it was active or not. There was also an issue where it gained far more health than it was supposed to, and that was tidied up. Junglers are probably gnashing their collective teeth because Speed Buff was nerfed! Don’t kid yourselves, Speed Buff was outrageously strong. Assassin’s Blessing was also adjusted, so you’ll get some of that power back, just. . . not right at the start of the game (10% down to 5%). 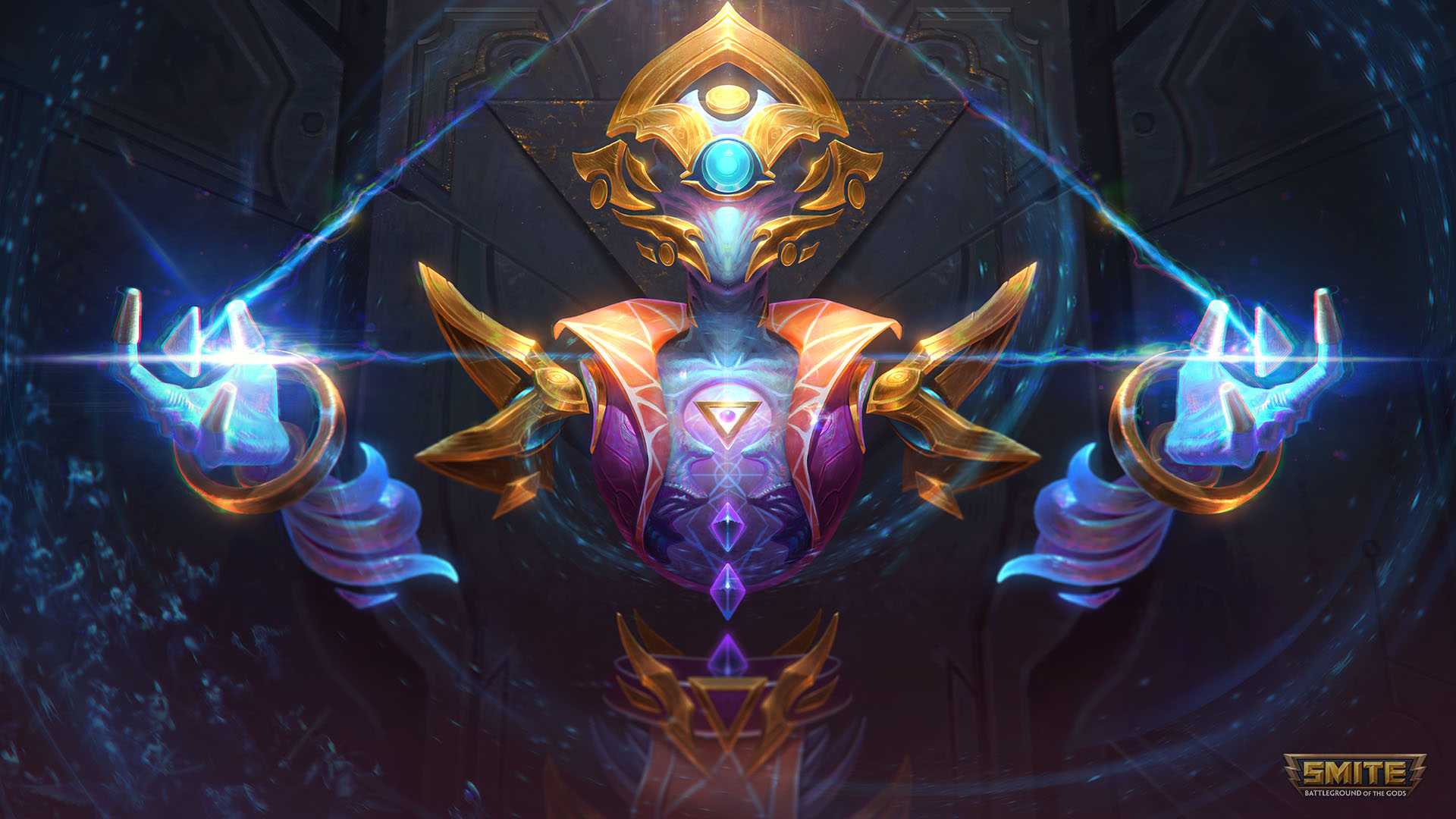 This is definitely the best Ah Puch skin in the game.

Speaking of items, Assassin’s Blessing received a slight adjustment. I’m fairly certainly Assassin Mains (looking at you, Trunath) are going to say it’s a nerf, but I think it just spreads out their speed buff and gives them a little less Penetration. (10 Pen to 5 Pen, adds 5% Movement Speed). I’m reasonably sure there is enough Assassin Builds out there to make up for 5 pen pretty easy. One of the nerfs that makes me sad (but I understand) is to Celestial Legion Helm. It’s such an amazing pocket pick for a Defensive Item. It’s not popular, but the people that know, know. It was a value for the stats it added, so it saw a Gold Cost Increase (2050 to 2150), and a minor decrease on Physical Protections gained per stack (10 down to 7). Makes sense, but I’m still a little sad about it. Speaking of, an item that’s on virtually every Guardian I play, Void Stone, also sees a nerf! It was perhaps a bit too powerful on Mages and Guardians alike, so it sees a decrease. The Gold Cost went up (2150 to 2250), and the Aura Penetration it provided went down (20 to 15). I still think the item will be amazing, and worth picking up, but perhaps less of a must-buy on everyone.

It’s almost all nerfs on items in this update! Spear of the Magus, an item that I’ve long since thought was too powerful saw a nice healthy nerf. Spear of the Magus had incredible pen, and I tend to buy it even when I’m not stacking. It’s just such a fun, satisfying pen item. With that in mind, its Gold Cost went up (2300 to 2450), and the Base Magical Penetration it had went down (15 down to 10). It’s still a solid item, but now I think it will mostly be picked up on stacking gods who need it. It’s less desirable for me now, that’s for sure. But one item gets a buff! Elixir of Speed is the new feature Elixir that replaces your boots at level 20. The downside? It was 2000 gold and probably saw very little use due to having to sell boots, hope you had enough gold to get it, and “then” start buying your final item. So with that, its Gold Cost went down (2000 to 1500). Here’s hoping more people pick it up. 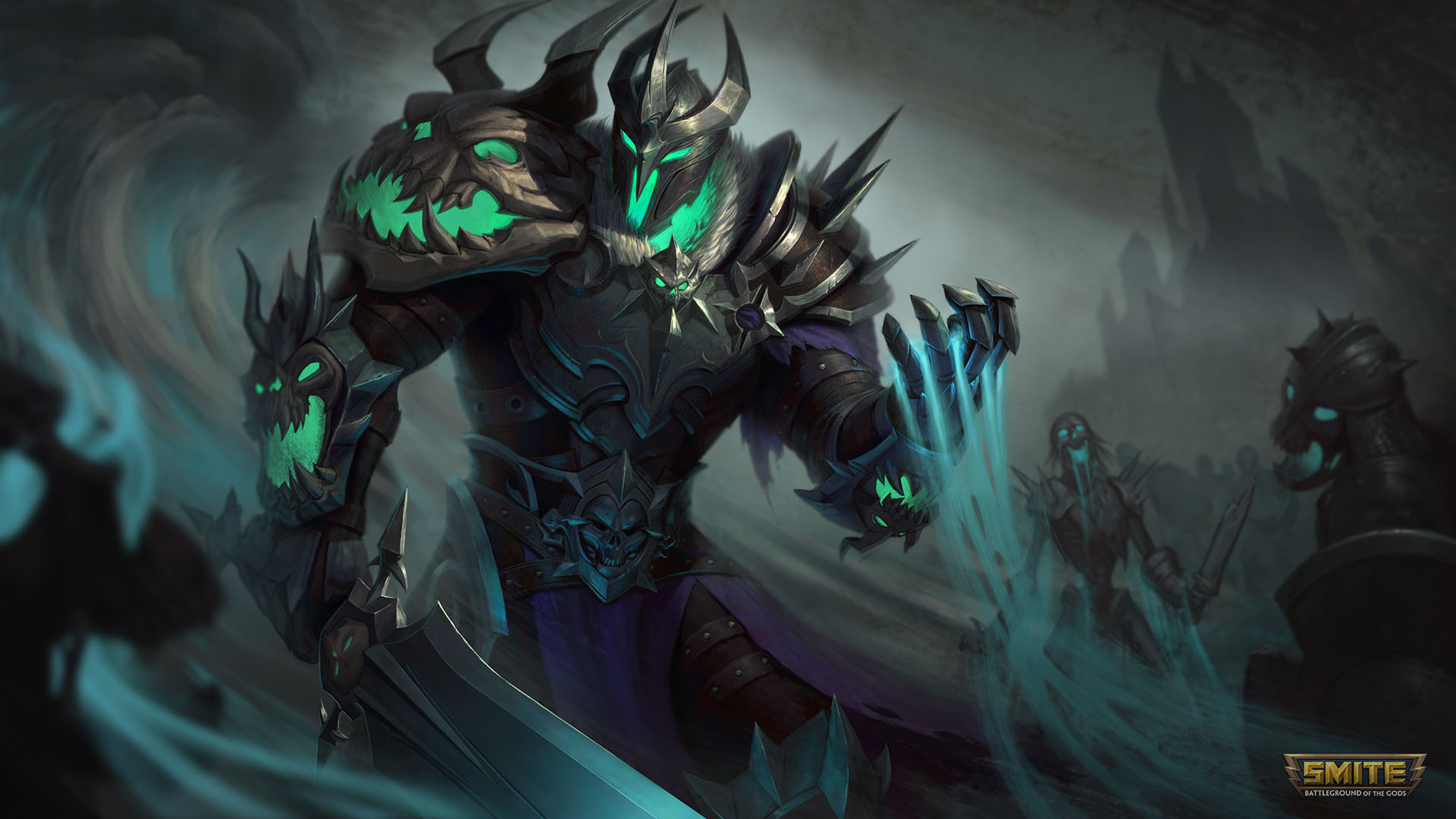 There can be only one Deathbringer.

I’m just going to highlight a few of the god changes here because there’s a nice long list of Warriors that got buffed in this update. One thing they pointed out that I’ve noticed, is that Warriors have abandoned the Solo Lane, and went to the Jungle or the Duo Lane. Every single Ranked Conquest match I’ve played in this season had a Warrior or Assassin in the Duo Lane. I beat them because a Guardian’s better than a Warrior on even their worst day, but a lot of Warriors got buffed, and not a whole lot of them I personally agree with. Achilles, for example, is a god that many players complain about being too strong. At least none of his damage was adjusted. Radiant Glory (heal) went from 23/26/29/32/35 to 24/28/32/36/40. It’s a minor increase, and they want to reward the successful use of the ability. This update isn’t so bad, because it’s been my experience that Warriors already have plenty of damage, as well as plenty of durabilities. Bellona also got a minor buff with Master of War. The protections for it went up from 4 Protections per Stack to 5 Protections per Stack. Personally, I enjoy playing Bellona. I don’t know if this is really going to make her an unstoppable killing machine, but this is another buff that I sort of shrugged at and said: “That’s okay”.

Cu Chulainn gets a buff? Why? Why does Cu Chu get a buff? Cu Chulainn’s up there with Hercules on the “Gods I absolutely loathe dealing with” list. It’s again, not a major buff, but they make his early game better with an increased base HP (475 to 480), and increased Base Attack Power (38 to 39). They also increased the Health Conversion from Mana-Producing Items (15% of Mana to 20% of Mana), and this is the part I have an issue with. He’s already insanely healthy/tanky. I’m sure they have numbers to back this up, but in personal gameplay experience, this is just going to make him that much more difficult to deal with, for a god that was already pretty ferocious. Yeah, I’m not so thrilled about this part of the buff. 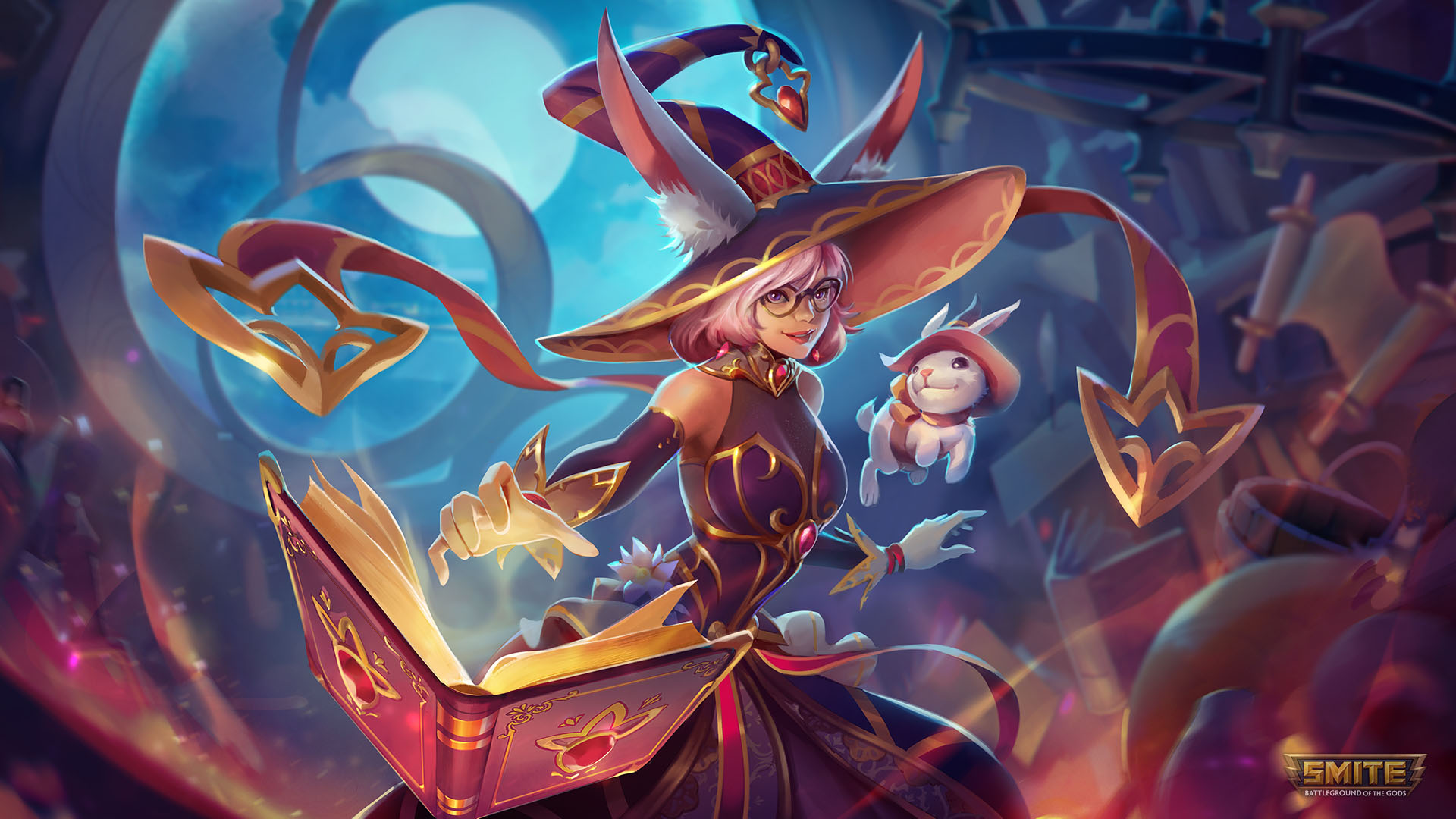 It's that time of the year again - another adorable Chang'e skin!

Fafnir got a minor buff to his Cursed Strength, with a Base Damage increase. It went from 80/125/170/215/260 to 100/140/180/220/260. Fafnir’s always pretty strong, and it seems like through many of his assorted nerfs, he was still viable. His early game suffers, but the longer the game goes on, provided he’s not shut down, he’s a real force to be reckoned with. So they added some base damage on his primary clear attack, to see how that shakes things up. Speaking of things that get my anger acting up, Hercules got a buff! Not to mention, it’s to Mitigate Wounds. His survivability is lacking when anti-heal is applied because that’s pretty much the only way I had to counter him as a Guardian Main. The protections went up, but the healing itself didn’t go up thankfully. Protections Increased from 10/20/30/40/50 to 20/30/40/50/60. The longer the game goes on, the harder this is going to be to deal with.

Freya has to be the most adjusted/changed god in the entire game. Her Northern Lights ability was reworked, as an example. When it’s activated, she gains 5 shots of Northern Lights, and each time she attacks, one is consumed, even if it hits nothing. The charges last indefinitely, and ability goes on cooldown after the last shot is fired. The damage scaling, damage, and slow duration all went down.

Mystic Warrior’s Self Heal on hit went down, and I think everyone who has to lane against Freya is incredibly happy about this. It went down from 2% to 1.5%. Aurora Blade, however, saw a minor buff, reducing its Mana Cost from 20/25/30/35/40 to 14/18/22/26/30. This is probably ultimately a good thing, but it’s probably going to be annoying to see in the actual game when your opponent is Freya. Speaking of Good Things, Sylvanus got a buff! Wisps have always felt pretty slow, so with that, Projectile Speed has gone up from 50 to 100 (but it does not affect the initial release speed), and the Wisps also apply an additional tick as they hit an ally or enemy – it’s the same amount of damage too:

Tyr is a Warrior that received a buff that I’m not really that upset about. Tyr is fun, and Tyr is good, but he has sort of struggled a lot in the Solo Lane in the past season. This tankiness/healing buff is not one that baffles me, like the previous ones I mentioned. His Physical Protections went up from 15 to 18, and his Power Cleave’s Healing went up from 25/45/65/85/105 to 30/55/80/105/130. This is a pretty significant heal increase, and only time will tell if it was too much. But Tyr felt like a lame duck compared to some of the other warriors, despite having so much disruption and such a fun kit. Last, let’s talk Vamana. I detest that sturdy little jerk. One of his changes took away all collision on Colossal Fury, meaning he couldn’t be body blocked and stopped in any way. It affected him too, I suppose, but now it collides with players only, meaning we can stop that giant baby from running away as soon as things stop going his way. This is a change I’m more than okay with!

What about you guys? What do you like/not like in this update? Glad for the Warrior updates? Wondering when Ares’ ult will be see a CDR? Let us know in the comments below!